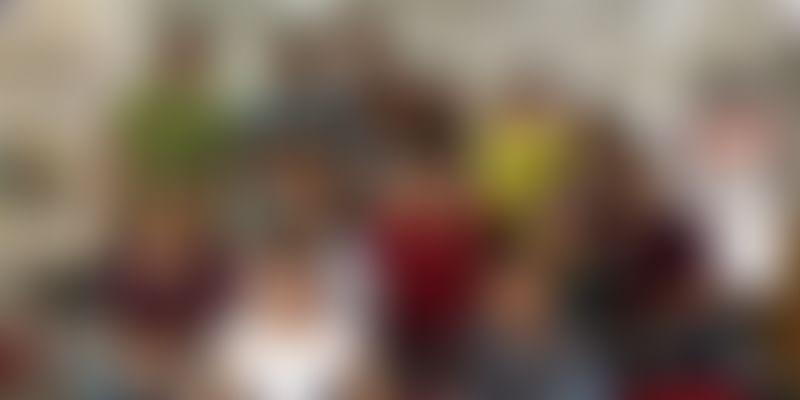 Operational in Bengaluru and Mumbai, HighApe bridges the gap between customers and partner venues/organisers, and aims to expand to three Indian and two international cities in 2018.

Funding raised: Undisclosed amount from a group of angel investors

After a long and tiring week at work, you want to party on Friday night. Or, you have been waiting for the entire year, and it’s time for the New Year’s bash. But where do you go? If you find yourself in this fix each and every time, let HighApe help you out.

Bengaluru-based HighApe curates a plethora of experiences for users to explore, visualise, and book as per their preference, based on location, music, budget, and offers, among many more.

Being a travel enthusiast, HighApe’s Co-founder and CEO Prasun Kumar travelled across 10 countries to explore diverse cultures and people. During his travels, he saw a vivid engagement of people in nightlife. However, wherever he went, he noticed that people found it difficult to get relevant information regarding nightlife events at one place.

Prasun says, “A similar problem existed in India. During my Mu Sigma days, people around me used to wonder for hours about places to go at night, after work. Since I travelled and explored a lot, I became the local guru and would inform them of places where they could get a happy hours offer, or see a live band performance, or just enjoy fine beer.”

A conversation with a school friend, DS Aman, who was living in Kolkata at the time, showed that the problem was there. The idea and market opportunity resonated with Aman, who hopped on board with no further delay.

Another school friend, Vaibhav Lall, was in touch with the two, watching the idea take shape. It was only a matter of time before he joined hands with them, leading to the birth of HighApe.

Prasun says, “Fundamentally, HighApe bridges the gap between our customers (end users) and clients (partner venues, organisers and artists) by providing each what they want the most in an effective and efficient manner. The customers look out for exciting events happening across the city. On the other hand, clients want customers for the show they put up.”

HighApe acts as a one-stop marketplace where all events and activities are listed, either by gathering information from clients or with the Do It Yourself (DIY) system, which partners can use themselves.

The core team comprises HighApe’s Co-founders - Prasun, Aman, and Vaibhav. Prasun completed his engineering in the mechanical field from Karnataka, and landed a job in Poland where this idea took birth. He also worked in Mu Sigma for a couple of months before dedicating himself fully to HighApe.

Aman did his bachelor’s course in marine engineering technology while Vaibhav headed to Karnataka for electronics engineering. In the third year of engineering, both started their first company Bomb Heads, which sold customised T-shirts. Post that, they started a citizen-driven opinion-based media website Rise For India, which connected NGOs with potential volunteers.

Now, Prasun heads the sales team, and looks after the overall business development of the company. Aman supervises the tech department, looking after the overall growth of the product across all channels. Vaibhav is the editor and heads the content department, taking care of all aspects of content layout and structure across multiple platforms.

What started as a platform meant purely for discovery with a listing of few experiences has now evolved and incorporated the ‘Book Now’ feature. The early partner venues of HighApe included the likes of Indigo XP, Big Pitcher, Vivanta by Taj, and Hilton. HighApe has partnered up with over 600 venues and organisers till now, using its service for experience creation, promotion, and management.

Prasun says, “With 3000+ experiences listed on the platform till date, we are seeing considerable growth in terms of experiences. As the familiarity and trust factor grew, we ventured into ticketing and promotion of big concerts featuring artists like Nucleya, Sonu Nigam, and more.”

HighApe has multi-faceted revenue streams, which range from the commission it receives from the partner for each booked ticket to charging for a special entry deal offered to users. It charges promotion fees for a particular event from the partner, and subscription fees from the partner for access to premium tools and discounted percentages. A small convenience fee is also charged when the customer pays online to book tickets in a hassle-free process.

Competition and the differentiator

Prasun says, “The nightlife market space is far from being completely evolved or saturated, providing a great opportunity for players who are willing to innovate and provide end-to-end solutions. And yes, competition does exist, but no one provides a complete solution for both users and clients, giving us a competitive edge. ”

Online ticketing this year saw an interesting spin, with the non-movie category witnessing a 40 to 45 percent growth in the third quarter of 2017. Since BookMyShow raised the fourth round of funding from Stripes Group last year, the company has forayed into different verticals with music being the latest, taking it deeper into the entertainment segment.

HighApe aims to target a unique positioning with the users, distinct from any other player in the market. Prasun says, “We look at the consumer mindshare associations, like BookMyShow with movie tickets, Zomato with restaurants, and HighApe with nightlife experiences.”

Roadmap for the future

Bootstrapped for the first two years with unit positive economics in Bengaluru, HighApe successfully raised funding from a group of angel investors with the sole goal to expand.

Prasun says, “The purpose of raising investment was to scale our product in multiple cities and replicate the business model successfully within a short time frame. As of now, we are completely operational in Bangalore and Mumbai. By the end of 2018, we plan to expand to three Indian and two international cities.”