India’s tryst with data and AI: how its tech is going global 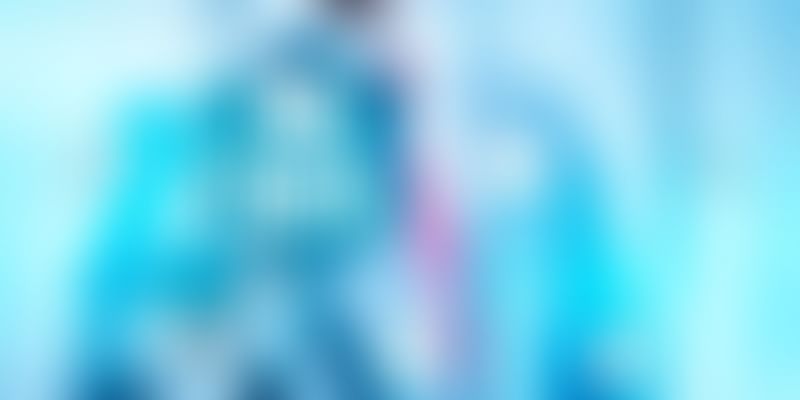 Earlier, companies had data in abundance but did not know how to put it to good use. Now, with the help of AI, there has been a categorical shift in the way people in India are thinking about data.

Doctor Mahesh Ratnaprakash is a radiologist in Mysore. Every day he looks at 3000 images generated by MRI and radiology machines. Sometimes he is under a lot of stress because the hospital, he consults for, demands results. He also confesses that sometimes it is hard to glance through every image and depends on this interns or junior doctors to supplement his findings. Now, all this data sometimes hides the truth, the eye misses out on tumours. This is where data and AI combine to make Mahesh's life easy. This is where a bunch of startups and companies are making a difference.

Thousands of radiology images are being scanned by the artificial intelligence (AI) software of Actify Data Labs. This software is like a brain that is being trained to understand data models, look at probabilities of recurrences and create real patterns. The software is looking at tumours and other medical complications that would have been missed by doctors and medical staff. The training of this intelligent software is done by Hindol Basu and his team of AI engineers in Bengaluru, to help the healthcare industry reduce dependence on humans while looking at radiology images. “A hospital scans thousands of images a day and the human eye makes mistakes, but the software does not, and that’s the power of AI models and data,” says Hindol, CEO and Co-founder of Actify Data Labs.

Bengaluru-based Lymbyc, on the other hand, offers solutions for the boardroom. Its virtual assistant consolidates piles of strategic data from different departments into one whole picture. The Lymbyc tool pulls raw data from the database of the company and applies machine learning (ML), based on the queries of the manager. After that, it begins to present the data as per the query. The algorithm learns from the query and presents this data to the insights manager on a daily basis. The manager can share these insights on a real-time basis within the organisation.

“Businesses have always asked how and what; they have so far not entered the realm of why. So, our solution helps analysts and data scientists to be intuitive,” says Satyakam Mohanty, Founder of Lymbyc. The Natural Language Processing (NLP)-based querying language helps businesses take strategic decisions in real time across enterprise and consumer spaces.

And it is not just the startups that are making use of cutting-edge AI technology to make lives and livelihoods simpler. Even large companies like Philips are using their innovation hub to combine data and AI to benefit consumers.

Philips has developed an AI-based solution to detect tuberculosis, which helps reduce the workload on radiologists and makes their work less subjective. Given a set of chest X-rays, the algorithm is able to detect if there are traces of TB in the image.

The solution learns TB-specific features from the images, which are unique in chest X-rays, using deep learning techniques and then use ML algorithms to generate models that can distinguish a chest X-ray that contains TB traces from the normal ones.

“The work we do is very technical and applies to the Indian context. The ML model can detect lesions in an MRI brain study, and also segment various parts of a tumour, like necrosis, edema, enhancing edema,” says MR Srinivasaprasad, CEO of Philips Innovation Centre. One of the benefits of having such a model is the improvement of the productivity levels of a radiologist – since it takes considerable time, which is between 20 and 30 minutes, to go through multiple slices present in different sequences and identify the lesions present in different slices.

But despite all this innovation happening in hospitals and the healthcare industry, retailers and manufacturers are yet to completely embrace the data journey. “Only 20 percent of the global organisations are on a digital journey but many of them believe that startups can disrupt them because of their data-first and digital approach,” says Sarv Saravanan, General Manager of CoE in Dell-EMC India.

However, there has been a categorical shift in the way people think about data in India. More than a decade ago, companies like MuSigma and Fractal brought in the concept of Data-as-a-Service and won over global corporations by organising their data for insights. Then came the big data trend in 2010, which was nothing but the convergence of structured enterprise data with unstructured customer feedback data on the web. Enterprises began building software that could crunch volumes and a wide variety of data at speeds that were unknown in the past. The reason this was possible was because of technologies like the cloud, which offered low storage and faster compute at an operating cost rather than requiring the need to buy expensive infrastructure that can compute voluminous data.

Now here is the opportunity. According to Gartner Inc, the worldwide IT spending is projected to total $3.7 trillion in 2018, an increase of 4.5 percent from 2017.

"Looking at some of the key areas driving spending over the next few years, Gartner forecasts $2.9 trillion in new business value opportunities attributable to AI by 2021, as well as the ability to recover 6.2 billion hours of worker productivity,"said John-David Lovelock, Research Vice President at Gartner, following the release of the report.

Despite global geopolitical uncertainties, businesses will continue to invest in IT (which is driven by data outcomes) as they anticipate revenue growth, but their spending patterns will shift. Spending patterns will shift to projects in digital business, blockchain, Internet of Things (IoT), and progression from big data to algorithms to ML to AI will continue to be the main drivers of growth.

The future is here

“You have to remember that we are building these solutions for global scale; we are using AI and data to make real-time decisions,” says Atul Jalan, Founder of Manthan. Having $100 million in revenues, this company is using Amazon’s Alexa as a base to build real-time voice assistants for business solutions. It is working with retailers in the US to pilot these real-time data assistants that use volumes of data from the CRM, warehouse management systems, ERP to assist marketing and store management teams in real-time decision-making.

“I do think that, at a business level, as well as at a national level, we have a lot of catching up to do. China, for example, has published a very well-thought-out AI plan, in coordination with their industry. It is by far the most superior of similar plans released by other countries,” says Viral Shah, Co-founder of Julia Computing. He adds that Indian firms today have a lot of data but the skill in asking questions on what can be done with data for effectively building AI models is missing though. “Data collected without thought on how it will be used is wasted effort. We are working with various finance and payment firms in India who, I think, are at the forefront of adopting new ML technologies,” Viral says.

A few months ago, he was discussing the state of AI with Nandan Nilekani and Pramod Varma, the UIDAI architect, and they concluded that the most impactful thing to focus on was making the Indian IT industry think about AI first. “At Julia Computing, we are working on large-scale AI training for colleges and companies in India. We have set ourselves a target for training 5,00,000 programmers in open-source AI technologies based on Julia,” says Viral.

All this adds to Gartner’s prediction about the $2.9 trillion in business value that can be delivered in the coming decade with data and AI.

N Shanmugam, Co-founder of [24]7.ai, says: “Everything is based on data. ML and AI are here to stay. Customer service is heading that way and clients want to better customer service with a man and machine interface.”

Today, 95 percent of queries do not need human response.

“The future is a combination of data science and fast computing to help companies connect with their customers better,” says Shanmugam. Their company now handles 40 million chats and 1.5 billion conversations per year. It is experimenting with every virtual (voice and text) assistant-based API that has been released over the last three years. It has also tied up with a few well-known global tech companies such as Microsoft to use their deep learning platform for NLP on the [24]7.ai platform.

“Entrepreneurs are the lifeblood of any economy. If you are passionate about what you do, you seek out the right experiences. Failure is very real and it's okay. But, know when to shut shop and move on,” says Krishna Melkote, Co-founder of Aruba Networks, who sold the company to HP for $3 billion in 2013.

Now, ideas are a plenty and the opportunity is large. The question is will India see the emergence of billion-dollar data businesses. MuSigma was the last of the data unicorns. May be the future will be about several highly valued businesses that generate outcomes and don’t necessarily fall in the bracket of the ‘unicorn’.

The timing is right. India has the entrepreneurial spirit to help businesses derive value from real-time data.