Meet Amisha Vora, who grew the institutional business of one of India’s top stockbroking firms 36-fold in 6 years 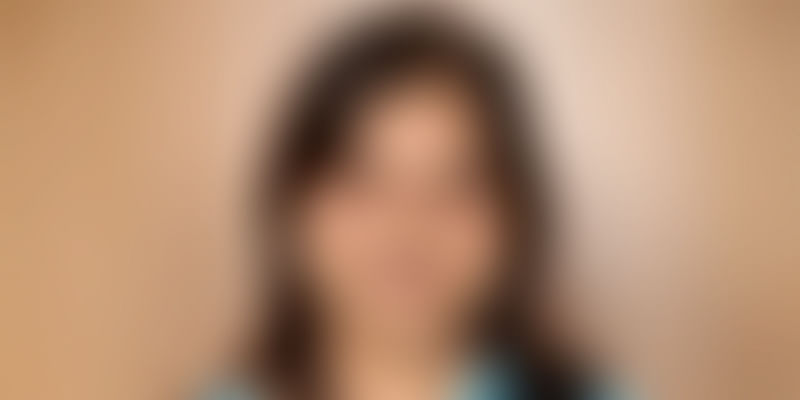 When we asked Amisha Vora, the Joint MD of Prabhudas Lilladher, what helped her achieve this feat, she told us that she never stays in office after 3 pm. Read on to find out why:

Way back in February 1988, a 21-year-old chartered accountant on her first job at the largest financial services company at the time, JM Financial, was given her very first assignment – analysing telco and furnishing a report projecting their earnings.

While other senior analysts were simply extrapolating and underestimating profitability, she followed her instinct. Immediately applying all the theoretical skills she had learnt in her course, she analysed the volumes being reported by the company, broke down the costs of the operation into things like variables and marginal costs etc. to see how they would impact the bottomline and nervously but excitedly, floated her own projection for their estimated profits – a number that was massively different from the general market opinion: Rs 99.8 crore.

The earnings released by the company were Rs 100 crore – the stock soon doubled!

This backroom analyst, now hailed as a hero, was Amisha Vora – and this marked her arrival.

It is no wonder, then, that she is now credited with now having grown the institutional business of Prabhudas Lilladher, one of India’s foremost stock broking firms, 36-fold in her six year-tenure.

Amisha calls her childhood simple and modest, but steeped in tradition and religion. All that was asked of her and her three sisters was to stand by two principles – having compassion, and a strong work ethic. She was an outlier both, at academics as well as co-curricular activities, all through school and college.

Upon the insistence of her father, a banking professional deeply entrenched in the financial ecosystem, she pursued chartered accountancy (CA), and cleared her exams when she was 21 years old.

However, another equally life-altering event coincided with this milestone – her marriage. But fortunately, it only changed the trajectory of her life for the better, which was a rarity for women in that era.

“I was lucky - my in-laws and my husband were very supportive of my professional ambitions, and allowed me to continue to chase my dreams. They never forced me to compromise my career for the sake of any social commitments,” she says.

When she completed her CA, JM Financial was the leading financial services company in India. The sector itself was witnessing a boom. Advised by her brother-in-law, she joined the firm, at a salary of Rs 1,800 as a qualified CA in their PMS Advisory division.

“In my first role, I was part of the portfolio management division so I used to do company research and advised clients on their investments in equity markets,” she says.

She didn’t have to wait too long to establish her prowess. The telco assignment, which marked her arrival in a cut-throat, male-dominated industry, came along in February 1988, and put her on the map. She carried that spirit of thoroughness and attention to detail through her career – she continues to take the time to understand the metrics and details herself, rather than relying on hearsay.

The debutante’s meticulousness opened the doors for her, and she was tasked with setting up the Institutional, HNI and Research Division when she was all of 23, along with her partners. “My hard work did not go unnoticed and I received a substantial raise with a car and my own office!” she recounts.

At that point, Amisha, along with one of her colleagues at JM, Dilip Bhat, and professional category BSE card holder and an industry veteran Shailesh Merchant, started a company called Network, where she worked for nine years.

After tasting a fair bit of success and establishing her prowess, she was invited to join Prabhudas Lilladher in 2000 as VP, FII Sales. “It was a time of great change in the world as well as personally for me. PL wanted to expand its FII business and hence I was brought in,” she recalls.

She and Dilip Bhat came together once again – this time, setting out to expand the reach of PL among FIIs. And it wasn’t long before Amisha made her presence felt at Prabhudas Lilladher as well.

“I remember this being an overcrowded affair as institutions, corporates, and industry doyens all participated, and helped PL gain more traction with corporate access as people started understanding our intent and quality,” she recalls.

Apart from her extensive - and rather fruitful – foreign travels to meet clients and close for the company, she introduced many innovations in the way they did sales.

The aces up her sleeve

Meanwhile, the Dilip and Amisha duo kept getting more and more formidable. They went on to do many deals and started various verticals to multiply income streams; this worked excellently between 2004 and 2008. As a result of these strategies and the efforts of the team, their institutional business grew 36-fold in six years.

“The courage to depart from the conventional, conviction to experiment with ideas, and the ability to take calculated risks are key traits, which I believe have shown me success,” she says, of her stellar climb.

She attributes the rise in the institutional business, in particular, to their client-centricity and thoroughly research-based sales. Her extensive meetings with clients and corporates – for which she always did thorough homework – were another key factor. Building strong relationships with clients to ensure steady business was her forte.

“My rule is to never stay in office after 3 pm – be out there in the field meeting clients! I would tailor my approach according to the client, and most importantly prepare like hell! People are perceptive enough to realise that you haven’t done your homework. I was always prepared,” she lets on.

Lastly, her hack held her in good stead – be the first one to approach or provide a solution to a client, rather than waiting for others’ inputs to come in first. “I remember being the first one to call an HNI in the US after the Infosys results, and, impressed with my analysis and prompt action, he signed up with us for $150 million!” she tells us.

Once she had stabilised the institutional side of the business, in 2005, she proposed that PL enter the corporate advisory business through a new company PL Advisory Services Pvt Ltd, where she held equity in the capacity of director – which helped corporates raise over $1 billion between 2005 and 2008.

Subsequently, in 2007, she became the Joint MD in the holding company of the group, and for Prabhudas Lilladher Capital Markets Pvt Ltd when they acquired an Investment Banking License.

Excited by the success of the launch of the corporate advisory and investment banking businesses, she even spearheaded Prabhudas Lilladher’s foray into the NBFC space.

She had started informally looking after their retail operations by 2011 and by 2012-13, she took over the reins completely. She was tasked with reducing unnecessary cost during troubled times and then putting the right people in place and a mission for growth- that business also turned profitable. Amisha is now looking at multiple times growth over the mid-term.

“This was the toughest challenge I had faced so far in my career; it was a whole new ball game. On the institutional side, you meet institutional investors, and showcase your ideas; your individual ability and interpersonal skills shift the scales. The retail side, however, is larger picture stuff – you, as the entrepreneur, are not present at the point of sale. This requires empowering and educating your team to ensure that their approach and delivery is as good as it would have been if I were myself pitching. Bringing in premium advisory and quality staff was key,” she explains.

To expand their retail footprint further through franchisees, her next strategy was to make their services available in product format which would be more transparent and easily understood by consumers. “This led to the launch of InvestActive, our unique advisory product that is meeting with very good success and has encouraged me to choose this path more vigorously by launching multiple such products,” she says, signing off.