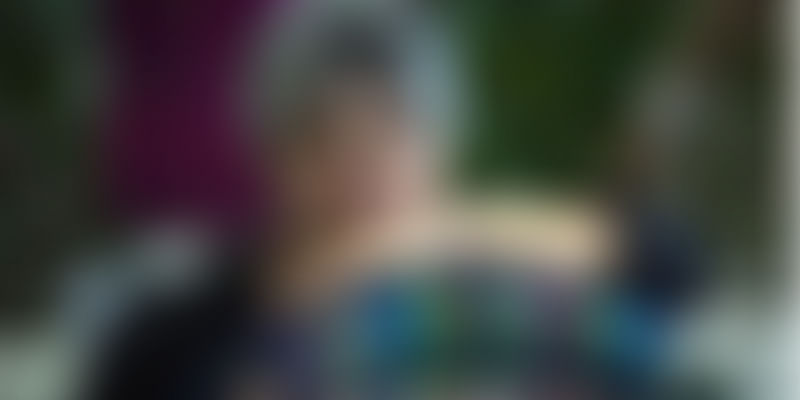 Anu Tandon Vieira, then in her late 40s, was on a family trip to Greece, when she had an epiphany. On a hilly island, she found herself in a potter’s studio. A man and his son created beautiful pottery, but it was the woman of the house – in her 60s – who caught her attention.

“The woman – an accountant in the US who had returned to her hometown - was weaving fabric and making knick-knacks in a place that gave her a gorgeous view of the sea. I soon realised that this stage of her life was giving her more satisfaction than all her earlier years. It seemed like the perfect retirement plan to me,” Anu says.

Today, with the help of six regular artisans and 12 part-timers, Anu’s startup manufactures about 100 pieces of furniture per month using waste such as discarded tyres, textile and plastic waste, and cane. The range of furniture includes poufs, ottomans, chairs, tables, sofas, swings, hammocks and the latest creation - pods that appear much like the nest of a weaver bird and are billed reading nooks.

But how did this fine arts graduate end up with a karkhana in Goregaon? The destination seemed fitting for the woman who graduated in sculpture from the College of Art, Delhi and went on to complete a postgraduate degree in textiles from the National Institute of Design (NID), Ahmedabad.

After that, Anu, who says she never “had a proper job”, did a lot of freelancing. Marriage got her to the Maximum City in 1991, where she worked with an export house, tried her hand at art and costume design for movies Sai Paranjpye’s Saaz and Papeeha, and taught at an architecture school.

The trip to Greece led to a lot of introspection, she says.

“Heading towards my 50s, I asked myself questions. I had been a designer for 30 years. Of all the designs I created and the people I worked with, what appealed most to me?” she says. “What difference had I made? What had I done? It got me thinking, that retirement should not be something you dread. You can do all that you stared out wanting to do. So, I stopped looking back and decided to look forward to the years ahead,” she adds.

Her contemplation led her to realise that working “hands-on with craftsmen gave me the most satisfaction, not dealing with spreadsheets and presentations”. “I loved learning from craftsmen’s knowledge, and adding value to it in my own way, to upcycle and use skill and talent to make a useful product, without wasting much energy. I realised that I wanted to be hands-on with design,” Anu says.

Anu, who had lived in Mumbai for 25 years, says she decided to make the best out of waste. At every industrial estate, she says, every factory has huge rubbish bins with discards or waste, be it playing cards, the sheets from which bindis are punched out, or other plastic items.

“This was good material that just happens to be waste. We, as designers, didn’t have the time to take this material – which can be an asset – into consideration. Since I always found the garbage bins outside factories more interesting than what they were manufacturing, I decided to use material that adds an innovative sort of flavour,” she says. “It was my retirement plan, using material that had been ‘retired’,” she adds.

Soon after her Greece trip, she visited NID (where she is still part of the visiting faculty) and stumbled upon chindi — textile scrap recycled and twisted into ropes to make colourful weaving material. The possibilities seemed endless and one fine day, Anu came home with about 50 kg of plastic and textile waste, not knowing what she would do with it.

In Mumbai, a product-designer friend offered an empty space near the Mazagaon dock. Anu now had space and material, and set about exploring options. She approached cane weavers in her neighborhood and one of them experimented with bamboo and chindi.

“We wove the chindi into a rope, very basic but strong and attractive. The first design was a kind of stool; it reminded me of a tyre,” she says.

When she found a tyre-alignment place two shops down, another idea was born.

Anu soon picked up tyres discarded after of wear and tear, saving them from being burnt for fuel or dumped into landfills. “Tyres don’t disintegrate and are an environmental hazard. On the other hand, often furniture that you buy ends up falling apart. With the Retyrement Plan, I decided we would try and turn negatives into positives,” she says.

Anu now sources old tyres from auto shops, chindi from Gujarat and Rajasthan, and pieces of discarded plastic packaging material from factories. All materials used are either recycled or sustainable, and put together to create products that are smartly designed, appealing, and can put to use the waste generated in industries.

The response to the Retyrement Plan has been great, so far. “I don’t do any publicity but word of mouth has sustained interest in our work,” she says.

The Retyrement Plan now has tie-ups with about 15 design stores across India, including Chennai, Bengaluru, Puducherry, Mumbai, Ahmedabad, Hyderabad, and Pune. “We also work with architects and designers. We recently did the furniture for an upcoming restaurant, Jamjar Diner, in Bandra,” Anu says. Customers can also get in touch over Facebook, the internet or phone for made-to-order pieces.

Anu says her craftsmen are also happy with the work they do, and fully realise how they are upcycling waste that would otherwise be binned. “They understand that their work is making a difference and have ownership of their product. They’ll often come up with ideas and suggestions,” she says. “It’s important to make the craftsmen a part of the process; if not done, it’ll just be job work,” she says, adding that majority of the proceeds go to the craftsmen. “This isn’t about the money.”

The fact that she’s helping people who come from small towns to the City of Dreams to make a living keeps Anu going. “So many craftsmen come to Mumbai and find they’re not equipped for big-city living. Often, they just fall through the cracks. I want to ensure that I help as many people as I can get work and sustain it over the long term,” she says.

What’s up next for the Retyrement Plan?

Anu is clear that she doesn’t want to scale up massively. “We enjoy the process; we don’t want to be too commercial. This is like art to me and my craftsmen; it’s more than money,” she says. Instead of doing multiples of the same product, she would rather experiment with new creations.

“The only way I can justify large-scale expansion is that it will get more work for more people. But right now, we’re not equipped for it. We just want to do our bit, one step at a time,” Anu concludes.