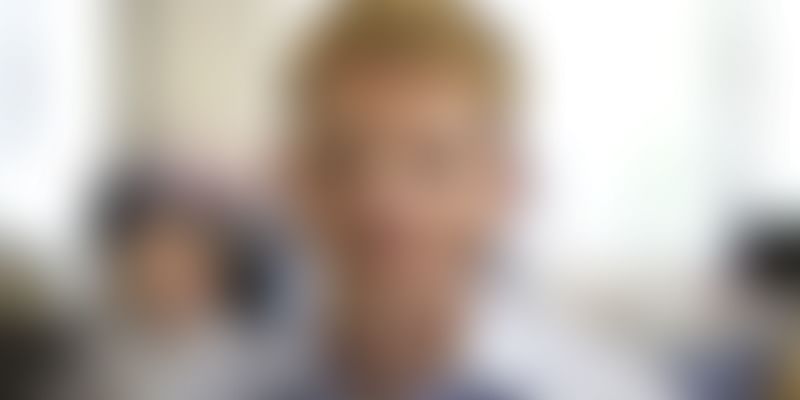 In an exclusive chat with YourStory, Jana Founder and CEO talks about free internet, net neutrality, and India.

Nathan Eagle’s achievements and accolades are many. After graduating from Stanford University with a Master’s in Management Science and Electrical Engineering, Nathan went on to pursue a PhD at Massachusetts Institute of Technology (MIT). One of his projects there – which showed how mobile phones can be used to collect accurate, large-scale data about real social interactions - was hailed by MIT ten years ago as one among the 10 technologies most likely to change the way we live. As a Fulbright scholar at the University of Nairobi, Kenya, Nathan started working on the idea of sponsored data.

Focusing on developing nations, he co-founded a mobile advertising company, Jana, in 2009 with his colleague Benjamin Olding, to provide free access to the internet for smartphone users in emerging markets. India has been their priority. It has 30 million users in India already.

Having raised $93 million from external investors so far, Jana became profitable in 2015.

Depending on the user’s browsing history, mCent shows them apps, which sponsor free internet. To avoid users exploiting them they track the time spent on each app. mCent claims to be the fastest growing browser in India and the largest provider of internet in emerging markets (including China and Brazil).

Unlike Facebook’s Internet.org, Jana makes all mobile content freely accessible and discoverable through technology integrated into the billing systems of 311 mobile operators across the world.

Initially launched as mCent app in 2015 in India, they shut it down last year to focus on mCent browser, which has integrated mCent app into the backend billing system of all major telecom operators in India like Reliance and Airtel.

The mCent browsers users get free internet in exchange for using some apps like Amazon, Flipkart, Swiggy, Quora, Facebook, IRCTC, among others. The browser does not allow ad blockers.

Now 41, Nathan is as excited as ever about Jana and its developments in India. In an email interaction with YourStory, he shared his observations and hopes for India.

Nathan Eagle: We have been operating in India for quite some time. I am frankly in love with the country - and truly excited about its potential. My hope for Jana is to succeed in reducing the amount of money mobile phone users in India spend on recharge.

YS: Although India has had its share of billionaires and millionaires, the country still struggles with basic necessities like toilets. How much do you think the internet can help in bridging the rich-poor gap?

NE: There are many studies that indicate connectivity has a causal link to income generation - however it certainly should not be considered a panacea.

YS:What is your take on the growth of consumer internet businesses in India? What future do you see for them? How do you think the many internet-based B2C startups will play a role in it?

NE: While the market has experienced similar hype-driven bubbles that we face in the US, the market fundamentals are sound. Building a sustainable relationship with the rising middle-class consumer in India will be critical.

YS: What is your take on net neutrality? Since India has a history of rejecting ‘Free Basics’, how do you think mobile data price in India can be influenced? How do you look at the developments with Reliance Jio?

NE: Jio is super exciting - not just for its low data costs - but because of the knock-on effects these tariffs have created across the country.

Regarding net neutrality, having a level playing field is critical to ensure the next Flipkart is able to reach its target users and isn't blocked by a less compelling incumbent. I do believe mobile data prices can be influenced in a way that is complimentary with net neutrality - for example, offering an ad-sponsored subsidy.

Just as major advertisers made broadcast television free, so too can they make unrestricted, broadband mobile internet free.

YS: Who is your target audience in India? How do you reach out to your potential customers?

NE: mCent Browser tends to resonate with data conscious smartphone users who are eager to pay less for mobile recharge. Most of our users find out about our browser from friends. Our customers are generally advertisers who wish to reach our audience of Indian smartphone users. We are constantly improving the product based on feedback from both users as well as our advertisers.

YS: On a larger picture, what role do you think Facebook and Google can play in India’s race towards becoming a developed country? How does Jana aim to catalyse this?

NE: Both Facebook and Google play an invaluable role in keeping India connected and informed. My hope for Jana is that we can ensure Indians continue to benefit from their connectivity, by subsidising the cost of mobile data.

YS: What is the story behind the name ‘Jana’? Why did you choose the name ‘mCent’ for youbrowser?

NE: The name Jana is derived from the Sanskrit word for “people”. We chose mCent as our consumer-facing brand because it's memorable and resonated well with our users.

YS: You have focused on India for a while. Which are the other emerging markets where yousee great potential?

NE: Over the last 10 years, Jana has integrated back-end technology into the billing systems of hundreds of mobile network operators in 92 countries. The browser is currently live in countries -from South Africa and Nigeria, to Brazil and Mexico, to Indonesia and the Philippines.

YS: How do you see Asia’s future evolving in terms of the internet and related infrastructure? What are the challenges and solutions?

NE: Data consumption in Asia is rising three times faster than the rate at which the price of data is dropping. This implies people will be forced to spend far more on mobile data by 2021 than they do today - despite the price per megabyte halving during that time. Models that can help offset this rising cost will be critical for the internet to continue to scale.

NE: We are exclusively focused on building the very best mobile web browser for the Indian market. Once we can declare success on that front, we get the luxury of considering new product launches. While we still have a long way to go, I'm as excited as ever about our prospects.

In 2018, India is expected to have 500 million internet users, out of which 478 million will be mobile-only internet users, according to IAMAI. Needless to say mobile internet is the force that guides the new economy of the country. For a people awaiting the next boost for growth, Jana is already leading a silent but strong revolution.