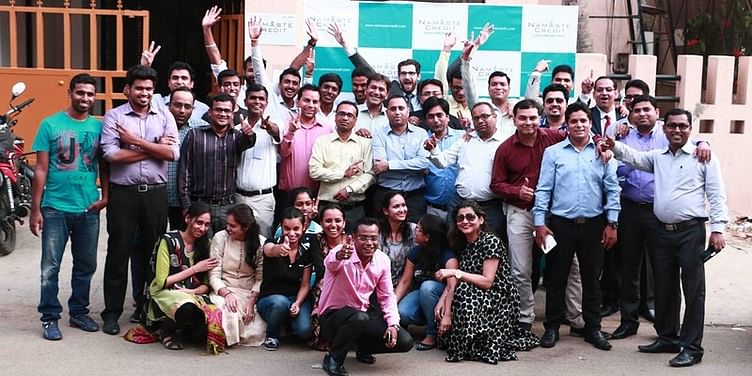 Sunstone Capital, run by former McKinsey and Bank of America professionals, acted as the exclusive financial adviser for this transaction.

“Our clients are witnessing much higher productivity as a result of being able to accurately process physical documents digitally and run automated credit algorithms. This makes our solution truly unique and is driving rapid adoption,” said Lucas.

The team adds that over the last 12 months, its disbursement volumes have increased over 10 times, with participation from over 30 institutional lenders. Using Machine Learning and patent-pending algorithms, Namaste Credit has increased its loan conversion rates to over 70 percent.

This platform has over 10,000 channel partners. Namaste Credit is also starting to license core technology to several leading NBFCs and Banks.

Anup Gupta, Managing Director, Nexus Venture Partners, adds, “SME credit is seriously constrained due to lack of reach and relevant data to assess credit worthiness of borrowers. Namaste Credit’s technology, combined with its channel partners and lender network, is already making a significant impact on facilitating credit to SMEs in a win-win manner for all. We are excited to partner with Lucas, Gaurav and Krishnan in their vision of transforming the SME credit market in India.”

Earlier this year LendingKart raised $87 million Series C funding led by Singapore’s Fullerton Financial Holdings Pte Ltd, a subsidiary of Temasek Holdings. SME credit is a big market in India, and many peg it to be a $500 million market. However, it continues to be dominated by traditional and offline players.