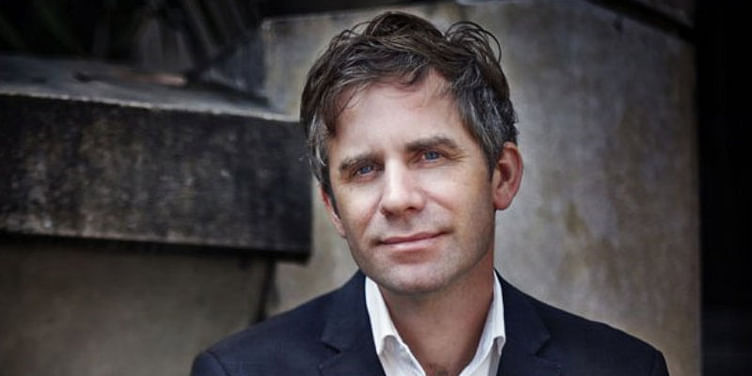 Alex Burke of digital products and strategy company Tigerspike highlights what we can expect this year in terms of technology - from AI to robots, cryptocurrencies to the big fall of brick-and-mortar establishments.

Technology is rapidly changing the way one thinks, interacts, works and plays. With changing times, keeping abreast with latest developments becomes most crucial. In an interaction with YourStory, Alex Burke, CEO of Tigerspike — a global digital products and strategy company founded in 2003 and recently acquired by Concentrix — shared his perspective on the market trends and emerging technologies.

Here are eight areas that he believes businesses should be particularly aware of in 2018 to gain or maintain a competitive advantage.

“The thought of a technology-led democratisation of the financial services sector was fanciful only 18 months ago; however, here we are captivated by the potential of blockchain to dramatically shift the balance of power and usher in a new era of trust, access, deregulation and efficiency,” Alex says.

According to his company’s prediction, more time will be spent on enterprise blockchain R&D - while the hype around the potential for blockchain in the enterprise will continue to build, 2018 will see more R&D than actual business benefit, as companies continue to learn how to deploy the technology in a real-world business context.

Alex says, “Information Technology will no longer hold all the power when it comes to the procurement of technology within the enterprise. As businesses evolve their thinking to place the needs of the end user at the heart of their strategy, 2018 will see the mix of people making technology decisions within companies change to reflect this.”

Work is no longer a place

The lines between work and home are becoming increasingly blurred. Technology is now so small and powerful that you can live and work anywhere in the world with an internet connection. As a result, we now use technology to be (virtually) anywhere, at any time.

“These advances have drawn us closer virtually yet, at the same time, has isolated us physically. This isolation has spurred a trend where people are increasingly using technology to connect and meet new people in the real world restoring a sense of community,” says Alex.

The services such as WeLive, The Collective (co-living) and WeWork (co-working) are increasing in popularity.

He says, “We’re witnessing a trend where we’re breaking free from the constraints inflicted upon us by the Industrial Revolution’s ‘9-5’ mentality.”

A large number of businesses that currently have rigid ‘you must be in the office’ policies soften their stance — allowing their employees to work from anywhere.

With this trend, there are multiple new co-living/working companies founded. “Since this is a relatively new market the landscape is ripe for more companies to enter it and make significant changes to how people live and work,” Alex explains.

The worldwide market for augmented and virtual reality (VR) headsets grew 25.5 percent year over year in the second quarter of 2017 as shipments reached 2.1 million.

“VR in the enterprise is a trend that’s steadily increasing. A renowned analyst recently said that as top-tier PC vendors launch their own VR headsets, using their distribution channel efficiencies, one can expect a strong VR uptake in business. This outlook falls in line with Goldman Sachs and their prediction that by 2025 the use of these technologies in the consumer world versus the enterprise will almost be a 50/50 split,” remarks Alex.

Voice is an entirely new way of interacting with the internet that’s proving popular with consumers and tech companies alike. Google Home, Amazon Echo, the upcoming Apple HomePod and other players such as Samsung, who are set to announce a home assistant of their own in the first half of 2018, are all aboard the voice train.

Alex says, “The ease of merely speaking versus typing is driving the popularity of these services, and, with it, a change in how we interact with the internet altogether. Voice opens up a raft of new use cases because, all of sudden, you no longer need to be looking at a screen or typing on a keyboard. It’s perfect for driving, running, cooking, cleaning and skydiving - any task where you’re concentrating on anything but a screen.”

The ‘gig economy’ is an employment market constituted of short-term contracts as opposed to permanent jobs. The gig economy is currently under heavy scrutiny with regulators clamping down on companies that are seen to take advantage of their workforce. In 2016, the UK government commissioned an independent review of what it dubbed ‘modern working practices’ to examine what it described as the “implications of new forms of work on worker rights and responsibilities, as well as on employer freedoms and obligations”.

However, Alex says, “It’s a trend that’s exploding and no regulation will stop the train. It’s predicted that by 2020 43 percent of the US workforce will be freelancers. Research also suggests that long commutes can harm your health and that within the gig economy people are less likely to get sick and are more productive. In fact, Stanford University has shown that remote workers are 13 percent more efficient than office workers leading to many large companies investigating how to increase the number of gig workers on their books.”

Cryptocurrencies as the blockchain’s poster child

For cryptocurrencies, 2017 was an incredible and an unexpected year. It was the year where crypto went mainstream in the media and a hype was created, which has been compared to the dotcom bubble and tulip mania.

Alex remarks, “The underlying technologies and networks have been pushed to their limits - primarily on speculative trading but with a few examples of applications making use of the technologies as they were intended. The strengths and weaknesses of the networks are being exposed, making way for a second and third generation of networks. Growth and adoption has hit an exponential scale and is not slowing down in any way.”

Government and regulatory bodies shifted from a protective and cautious rejection of the technology to an understanding of the value and a comprehension that it is pressing forward in some shape or form. They now understand that if it is not embraced and properly regulated then it could cause serious damage to economies. The year ended sanctioning cryptocurrencies as an asset with futures opening and talk of ICOs potentially being considered securities and the IRS considering bitcoin to be property deals for the purposes of taxation.”

Alex says that regulation will take a stand – as it stands, governments and regulatory bodies are still unsure of where to place cryptocurrencies. This year will see a singular view emerge. What defines a cryptocurrency, a reduction of anonymity and clarity around regulation and cross border transactions will be firmed up.

Value of the platform is realised – the underlying technology will start to become more important than the perceived value of the currency itself. There will be a shift away from speculation towards the currencies that can actually make a difference.

Alex predicts that a major retailer will go belly-up, as some, not all, major retailers are experiencing difficulties, closing some locations in order to stay afloat. “We’re going to go out on a limb and say someone will not make it through 2018.

Online goes indoors – as digital continues its growth and dominance, more and more retailers will look to bring digital into their physical stores to capture the inherent benefits of the medium,” he adds.

AI and robots continue to enter all aspects of our lives

Statistics tell us people are worried about robots taking over. Pew Research found in a recent study that, “Seventy percent of Americans express wariness or concern about a world where machines perform many of the tasks done by humans.” A paper published by the National Bureau of Economic Research supports this sentiment, with The Economist highlighting, “Each additional robot in the American economy reduces employment by 5.6 workers.”

Alex says, “The reality is that robotics is flourishing regardless, and consumer demand, the drive for revenue, bigger margins and, in a number of cases, increased safety is fuelling the boom. Adding fuel to the fire are the upcoming 5G networks offering blazing-fast bandwidth to pipe the data required to make it all possible. This increased connectivity will power a new army of robots (not literally, yet) along with the sensor economy, smart cities, smart assistants, self-driving vehicles, and even ‘brain-to-vehicle’ interfaces to name a few.”

Tigerspike predicts that the unrest towards robots escalates – similar to the anti-robot rally in 2015, and 2018 will see protests against jobs being lost to robots. This is likely to be triggered by the mass rollout of robotics that take human workers by surprise.

“AI will be used as a weapon – there is an arms race underway to use AI for cybercrime. Neural networks and machine-learning (amongst other AI technologies) have been used by security researchers for detecting and blocking hacks but in 2018 we’ll see hackers fight back using AI in ways we’ve not yet seen,” Alex adds.