Uber takes a step towards localisation with its drivers' app 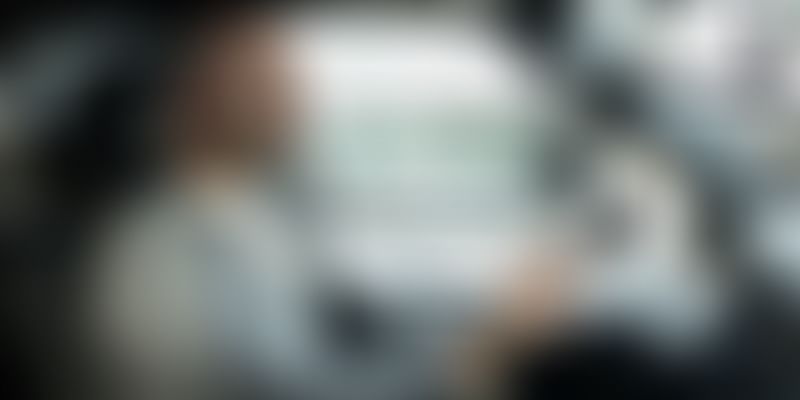 Uber on Tuesday announced the launch of its new drivers' app. The app was launched globally after a beta with over 470 driver partners across different parts of the world, including in Bengaluru. This is the San Francisco-based giant's first step towards truly understanding what its customers want.

“The year 2017 taught us about one thing - listening,” says Bjorn Hubert-Wallander, UX Researcher, Driver Experience, over a call from Uber's headquarters in San Francisco. He is part of the design and tech team worked on the company's drivers’ app.

Uber on Tuesday announced the launch of its new drivers' app. While the company has been known to innovate and bring out different product iterations and features, this time around, it was a little different. The team had completed the design and development of the app by the end of last year, but instead of a rollout, chose to test it first.

Dara Khosrowashahi, CEO Uber, in a live address to the driver partners in San Francisco, spoke about why the new drivers app was important for Uber. Taking the examples of three driver partners, one from Seattle, another woman driver from India and a Iranian-refugee driver, Dara emphasised on the importance of driver partners for Uber. He said:

"Drivers are the key to everything at Uber. Over the years we missed out on them, but now we are changing that. The new driver's app has been launched not just by our engineers but also by you, our driver partners, who will be using the app everyday."

What does the new app do?

The key features of the app include an earnings tracker, which helps a driver know how much he has earned on the last trip, and it also helps compare and track earnings with the goals. It also has a status bar that provides real-time updates on market conditions and opportunities for more trips nearby. When a driver taps an opportunity, the app will provide optional navigation to the recommended area. The driver also can check notifications that include upcoming earning opportunities, feedback, and account information.

In India, the app is currently available to select driver partners in Kochi and courier partners in Chennai. It will be rolled out in a phased manner to driver and delivery partners across the country over the coming months.

Instead of rolling out the app into the market as is the company's regular practice, Uber decided to first launch a drivers' beta. Uber first launched the drivers' app in a global programme with over 470 driver partners across seven countries. Yuhki Yamashita, Product Manager, Driver Experience, says,

"We wanted the drivers to first see if the app works. Our team in San Francisco has driven using the new app, but it is the drivers who use the app everyday."

In India, over 100 drivers and courier partners from Bengaluru were a part of the global beta, sharing feedback that helped shape the product. Haider Sabri, Director of Engineering, Driver Experience, says,

"For the first five years, the app focussed on going online. The earnings and other details would be sent to the driver via a message. From 2015 onwards, the app started taking into account ratings, tracking, feedback, surge and several other features. And when the uberEats business was launched, there needed to be different complexity that had to be added. Now with the re-design, the focus is to make the app simple and yet include everything that the driver needs."

The new app also takes into account aspects such as poor internet connectivity that doesn't allow the driver to end a trip. Now, the driver can end trips based on saving the GPS location. When the vehicle is in an area with internet connectivity, the saved GPS location is used to end the trip. The new riders app also has a comprehensive guide to getting started with Uber that will be available to drivers in coming months. Yukhi, even joked saying that the surge can no longer be seen in the ocean.

“The launch of the new partner (drivers and courier partners) app is a key milestone for Uber. It truly reflects our commitment to the people who have been our partners in growth. We have built this app by listening to what they needed and shaped it alongside them - over 100 partners from Bengaluru were a part of the global beta launch. Our teams spent time on-ground, interacting with partners through group sessions, ride alongs and in-person meetings to gather inputs. Every piece of their feedback was important and it was incorporated into building an app that meets their needs, every moment of their journey.”

In his recent visit to India, Dara conducted a driver's roundtable where he focussed on their needs and requirements. He had said: “As driver partners, you are the face of Uber to the consumer. You are very important to us."

Having taken charge of a troubled company as CEO, Dara wants to leave no stone unturned in understanding the core of Uber - its drivers. Last year, while the company faced flak for its sexist work culture, legal battles, and many other controversies, in India - especially in Delhi and Bengaluru - it faced severe ire over driver strikes.

Since then, Uber on a global front claims to be taking steps to turn the company around, and also keep its driver partners happy. It has has conceded a defeat of sorts in Southeast Asia, selling its ride-hailing business in Southeast Asia to Indonesian rival Grab. Yet, it nevertheless is focussed on ensuring it takes the right steps towards localisation in its existing markets.