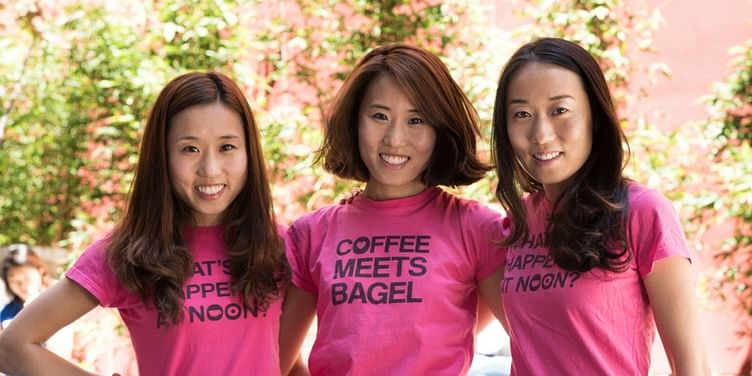 When Mark Zuckerberg announced the launch of a new dating feature on Facebook at last week’s Facebook F8 conference, it took the global dating app industry by surprise. The stock of the Match Group – owner of some of the biggest dating apps in the world, including Tinder, OkCupid, and Match.com – tanked 22 percent in a few hours after the announcement. As the industry’s players ready themselves for the disruption Facebook will undoubtedly bring to the sector, San Francisco-based dating platform Coffee Meets Bagel has revealed that it just closed a fresh round of funding.

Coffee Meets Bagel – or CMB, as it’s popularly called – has successfully raised about $7 million in VC funding in a Series B round, according to an SEC filing by the firm. The app, so called because matches are referred to as “bagels” on the platform, was launched in April 2012 by three sisters – Arum, Dawoon, and Soo Kang – and is known for its focus on women’s preferences. On the application, users identifying as women have the right to choose who is able to “match” and communicate with them, a rather different proposition from the more “open” environments of popular platforms like Tinder.

This is CMB’s fourth funding round, and brings the company’s total funding to $17.9 million, according to information on Crunchbase. The platform previously raised $600,000 in a Seed Round in September 2012, $2.8 million in a Venture Round in May 2014, and $7.8 million in a Series A round in February 2015. The company’s existing investors include Lightbank, Azure Capital Partners, Quest Venture Partners, DCM Ventures, WI Harper Group, CRCM Ventures, Artsy CFO Sandy Cass, and Peng T. Ong, Founder & Partner at Monk’s Hill Ventures, with Atami Capital joining the list through the latest round.

The Kang sisters famously turned down a $30 million takeover offer from billionaire investor Mark Cuban on SharkTank in 2015, the largest-ever in the show’s history.

So what do the Kang sisters feel about Facebook’s upcoming entry into their ecosystem? Dawoon Kang, currently the COO of Coffee Meets Bagel, told The Observer in an interview last week, “The fact that a company as big as Facebook is jumping into dating speaks to the growing demand and the market opportunity of this space...We are happy to see Facebook acknowledging the need to create meaningful relationships beyond hookups, as the online dating culture definitely needs to shift away from quantity vs. quality interactions.”

Shifting the focus of perception of online dating away from “hookups” to “long-term relationships” has been something the CMB team has pledged as its vision from the start. With the fresh funding now available to them, it will be interesting to see how Coffee Meets Bagel evolves itself in an ecosystem with the world’s largest social networking platform as a competitor.