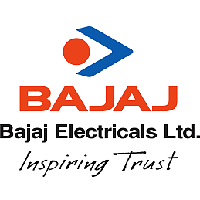 Bodhisattwa Sanghapriya, Om Prakash Das, Prabhudatta Mishra, Apurwa Masook, Jaswai Sahoo, Rounak Agarwal started InventGrid in 2016 to create technology solutions for rural India. Having understood the landscape, the startup was looking for a platform that would allow them to showcase their learnings and provide relevant assistance. The youngsters came across Navachar, an innovation challenge by Bajaj Electricals Ltd, that sought solutions to the pressing problems faced by India’s electricity sector, and decided to apply.

Navachar, launched in November 2017, showcased the possibilities and the advantages of co-creating innovative solutions for India’s electricity sector by leveraging the talent pool of entrepreneurs and students.

A supportive platform for innovators

Bodhisattwa, CEO, InventGrid, says, “We felt it was tailor-made to our need. First, the initiative gave us an open access to mentors and experts from Bajaj Electricals. Second, we were able to use Bajaj Electricals’s superlative product development facility. These two things helped us give a new dimension to our product and thereby serve Indian consumers more efficiently. And, third, Bajaj being a big player in consumer electronics, we would be able to access their large retail chain network.”

Shiva Bhisne, a final year Mechanical Engineering student from Hyderabad, says he was prompted to apply for the challenge for similar reasons. He adds, “The platform would give me the opportunity to impact a billion Indians, in addition to testing my product design and development skills.”

The Navachar Challenge was more than just a contest for Prakhar Sharma. It was a dream platform to showcase his potential. After graduating from NIT Goa and working for a leading construction firm, Prakhar quit his job because of a lack of opportunity to innovate and grow. “There have been innumerable instances where I had the concept in mind, but I could not proceed further due to a number of reasons -- ranging from lack of funds to poor lab facilities to lack of guidance from experts. And, Navachar was an opportunity which had everything I needed. There was financial assistance for prototyping, guidance from experts, and not to forget the fact that the idea could be patented and the inventor recognised for the technical innovation. As an inventor, I believe that recognition is what mattered to me.”

Sans participation fees, and no age or professional barrier and with three exciting challenges to work on, these enterprising youngsters applied for the challenge and got shortlisted. Prakhar says, “The challenge had more tips than restrictions, which allowed freedom of thought.” Prakhar designed and prototyped a unique flashlight product which solves issues related to health, sanitation, mobility, and communication. Its unique safety features make the product extremely useful in emergencies or natural disasters.

Talking about his experience, Prakhar says, “The challenge was designed in such a way that it enabled me to focus on developing the product and not be bogged down by other things.” He, like the others, got support from Bajaj Electricals through the prototyping stage, which helped transform the idea to reality.

Prakhar’s prototype was among the 10 product prototypes that were showcased during the demo day. “The concept received tremendous positive feedback from people across economic and professional backgrounds. An enhanced design that is technically more sound, reliable and aesthetically appealing, is on its way,” informs Prakhar.

How mentoring and expert guidance helped mould the ideas

Prakhar’s idea got him the third prize at the finale. The first and second prize was bagged by Team InventGrid and Shiva respectively. While InventGrid prototyped a multi-utility torch light with unique features for rural India and especially farmers, Shiva worked on a new multi-utility portable light.

Talking about InventGrid’s participation in the Navachar Challenge, Bodhisattwa says, “At the beginning of the challenge, our idea was minimalistic. With constant guidance from experts and mentors, we were able to improvise the idea to bring to the fore an ingenious multi-utility torch light for the rural market. Showcasing the prototype on the demo day and interacting with other participants has given us further insights.” At the moment, InventGrid has created a working model using the guidelines for building a Minimum Viable Product ( MVP) and are working on enhancing the product's efficiency and compactness.

For Shiva, the three months of being deeply involved in the Navachar challenge were challenging but also extremely productive’. “I failed numerous times, made countless iterations and finally arrived at a working prototype. In this journey, in addition to expanding my knowledge and technical know-how, I met startup founders, industry professionals, brilliant students and managers and expanded my network. This truly has made all the effort worth it.”

Shiva had already designed a similar multi-utility portable light for his personal use. For the Navachar challenge, he refined this working prototype by adding features such as an SOS panic button, adjustable ultrasound producer, among others. He says, “A lot of the credit in helping me refine the product goes to the mentors who guided me through the campaign. They helped me understand the market I was building for and also shared vital technical inputs.”

The young student says he had initially proposed 15 features which could be plugged into the multi-utility torch, but testing the prototype in the market and the brutally-honest feedback helped him engineer the product into a more efficient prototype. “Based on the feedback, I had to optimise quality, battery capacity and aesthetics in very limited time and cost. My market research and testing went on for almost two weeks. I finalised the design with five unique, essential features and built a working prototype which can be easily engineered for mass production.”

The value of co-creation

Anant Bajaj, JMD, Bajaj Electricals, who has been closely involved, in not just driving the initiative but also mentoring the shortlisted participants, says, “We received an overwhelming response from students and startups across India, who approached some of the radical problems of India’s power sector in the most ingenious ways. We got to witness cost-effective and novel ideas such as using aerodynamic solutions for new monopoles to withstand extreme weather, a basic device like a torch that could be transformed into a safety device for women and farmers, charging solutions which created electricity using garbage to craft extremely safe lithium ion batteries. It was interesting to see the young innovators come up with many inimitable solutions for complicated engineering challenges.”

Sharing how the culture of innovation and co-creation is ingrained in the DNA of the Indian consumer electrical equipment manufacturing company, Anant says, “At Bajaj Electricals, our foremost focus is to drive innovation and incorporate the best engineering and technology practices to create cutting-edge technology across our business divisions. We have embarked on a digital transformation with a focus on enhancing the customer experience in the B2B and B2C space through various initiatives. We launched ‘Navachar’ in November 2017 to discover the most innovative solutions to the grassroot problems faced by India’s power sector. This makes us one of the first companies to encourage and co-create innovative solutions with some of the brightest minds in the country.”