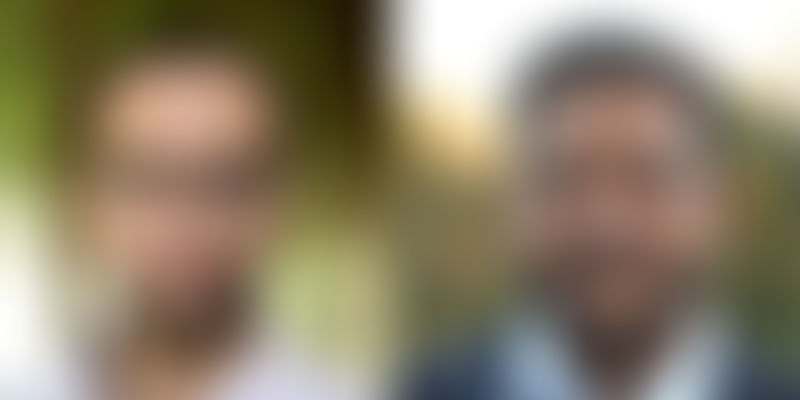 What do they solve: They use AI to increase the usage of mobile and internet banking by understanding the intent of customers

When we use internet banking today, most of the time we end up going through six-to-eight steps before completing a task. Or if you are a writer using WordPress, you have to go through multiple steps to publish the story for the desired search engine optimisation.

Hyderabad and Bay Area-based startup 3LOQ is working with a bunch of companies, mostly bankers, to implement AI to complete habitual tasks. The company was started by Anirudh Shah and Sunil Motaparti, who met in 1999 at Carnegie Mellon University, Pennsylvania.

After graduating in 2003, they started working in the corporate sector. In 2006, Motaparti co-founded Keypoint Technologies, a language technologies company, in Glasgow. He convinced Anirudh Shah to join him, and both of them continued to work together as colleagues for seven years.

“In late 2012, we started being interested in future technologies such as machine learning and AI. We were convinced that we could go beyond automation,” says Anirudh Shah, co-founder of 3LOQ.

The genesis of a company happened, thanks to a personal experience.

When both Sunil and Anirudh were inundated with spam SMS (even in India and in the UK), they realised that organisations were sending messages without targeting a specific customer. This meant organisations were not using transaction data effectively, and were not sending it to relevant customers.

This made them quit their respective jobs and start working with telecom companies (they do not wish to reveal the names) to monetise data.

“We started building AI for targeted messages for telcos and we soon realised that we had bigger problems to solve. We realised that habitual steps could be replaced with AI,” says Anirudh.

The company started operations in 2014.

In 2015, they had 20 clients across Asia who were service-oriented. The revenue generated was consistent to the money they had raised.

In early 2014, the company raised $3 million from BitKemy Ventures. Like all startups, the company pivoted after meeting a client. “As a startup it is important to evolve,” says Anirudh.

In 2015, they were asked by the HDFC Bank to automate their entire marketing score cards. The 3LOQ team managed to create 500 scorecards and crunched 4TB of data for the banking major. At the same time, they were also asked to make the customers use their applications better with an intelligent system, and for the last two years, this has been one of their major projects.

The company built a platform to stop the churn in mobile banking and internet banking space.

“How do you build a habit to use a product? About 85 percent of users were not using internet banking because it was not easily accessible. The average transactions per year was only six,” says Anirudh.

The HDFC Bank told the company to increase the usage of internet banking with AI. The company’s AI platform began tracking users to make their transaction easier. Remember, this is still in the pilot mode.

To understand the customer’s behaviour better, the 3LOQ team started studying their footprints based on their past actions. The company’s AI platform determines the sequence of usage and predicts an easy process to transfer money or even check their bank balance.

“The incentive to stay online has to be discovered. How different age groups behave and if they find four or five features in a physical bank, then we want these people to move to internet banking, where AI can guide them,” he says. What Anirudh says is that there are features like opening fixed deposits, checking cheque status and reserving travel or forex cards from the app itself, one need not travel to the bank for such features and that banks can use AI to enable people to stay connected.

3LOQ’s AI works across all channels of a bank and the product sits in the bank’s premise behind the firewall.

However, the company refused to disclose its revenues. Since its inception, FY2019 will be their first full year in revenues. The company says they have enough financial runway to cover FY19. Their business model stands on a fixed fee and an annual performance fee.

Currently, the company is expanding to new geographies in Asia and will also launch in the USA.

“AI has become a broad spectrum. All startups must get paying customers soon to scale up,” says V Ganapathy, CEO of Axilor Ventures.

Global business value derived from artificial intelligence (AI) is projected to total $1.2 trillion in 2018, an increase of 70 percent from 2017, according to a Gartner report. AI-derived business value is forecast to reach $3.9 trillion in 2022. The Gartner forecast assesses the total business value of AI across all the enterprise vertical sectors covered by them. There are no India specific AI numbers as there is no large scale adoption of AI.

Anirudh and Sunil have, unlike other startups, paying customers. They may just make a dent in the startup business soon.