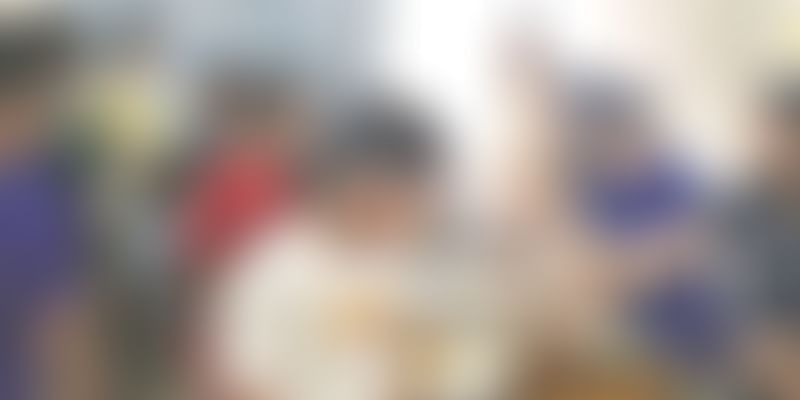 India is a land of polarised realities. While we have scores of starving people struggling to get one meal a day, hoteliers and restaurateurs across the country throw away leftover food from their kitchens at the end of the day too. This is why the work of NGOs like Feeding India become pertinent.

In a bid to minimise food wastage and bring it to places that require them, Feeding India recently launched an e-vehicle to transport excess food from hotels, restaurants, apartment complexes and marriage halls to shelters in New Delhi.

Launched on World Hunger Day, the electric vehicle, dubbed 'Dilli Ki Jaan', is all set to supply leftover food to various shelters in the South Delhi area. It was flagged off at Bal Sahyog, a State-run shelter for children in Connaught Place. The event also saw all the 130 children of the shelter being served breakfast and lunch.

In an interaction with The Indian Express, Feeding India Co-founder Srishti Jain spoke of the challenges of transporting food to such shelters. She said,

Volunteers usually pick up the food in cabs or personal vehicles, which can be difficult if there is a large quantity of food involved. It is particularly difficult during weddings when we receive calls late into the night.

Feeding India was founded in 2012, and works with a network of 300 volunteers to redistribute food from hotels and wedding halls to shelters for the homeless, children and disabled persons. With the e-vehicle, donated by Elanpro, the NGO hopes the process of transporting food would be smoother. It comes fitted with a 9,000-litre refrigerated storage box. The aim is to give out at least 800 meals per day.

At the moment, it will be used only to distribute food in the South Delhi region, but Feeding India hopes to expand on that front. According to HungryForever, an online platform covering food-related businesses, the vehicle, which will be used round the clock, will be available for food distribution in other zones of the national capital soon. It cites Co-founder Ankit Kawatra's interview to IANS, where he hopes that this initiative would ensure that "all excess food is put to its right use by donating it to someone who needs it more".