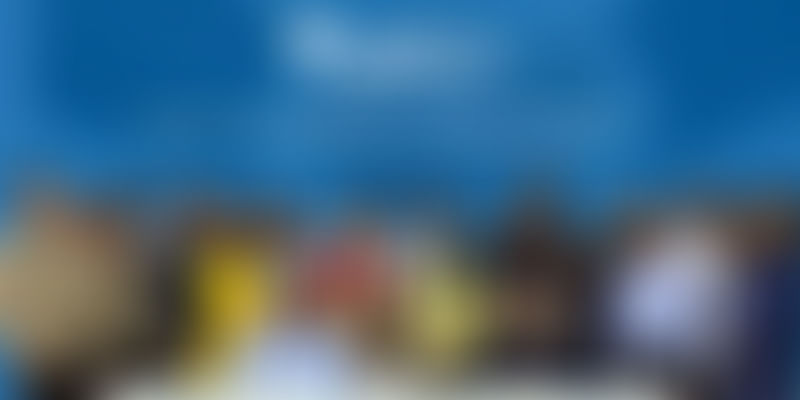 Ahmedabad-based ecommerce startup started off by supplying cashew nuts to small companies, and today its customer base has grown to over 550 SMEs.

Tradohub was established to supply industrial raw materials for small and medium enterprises (SMEs). The company claims to cater to sectors such as chemicals, additives and intermediates, polymers and engineering plastics, food and agricultural products, pharmaceutical APIs and bulk drugs, spices, oil seeds and grains, nuts and pulses, and other industrial materials.

Started with a mission to empower SMEs to dream big, Tradohub was founded by Akash Domadiya and Harsh Patel in 2014. Its e-distribution platform bridges the gap between SMEs and large suppliers. The company, with a team of 30, claims the average order size to have increased from 5 lakh to 25 lakh in just three years.

Read more: How an offline business of importing cashew nuts to SMEs gave birth to Tradohub

The founders, Akash and Harsh Patel, were doing business in international trade for three years. The duo had first met at Pirmal Water (Sarvajal), where Akash was on a fellowship with the revolutionary water ATM project, and Harsh was interning in sales and business development. In the course of their conversations, they realised that they wanted to build something that deviated from the traditional course.

Akash says they started the company with their own money. He adds that they had started to build the business offline, where they were importing raw cashew nuts and supplying the same to smaller companies.

"We add our variable margins in our selling prices. We are fully bootstrapped till date. However, we are planning to raise $10 million and have hired PwC as an investment banker to raise funds."

While the team is happy with the traction Tradohub is receiving, it did face problems in the initial days, with the beta version facing a few technical issues. Akash says that they had to almost reinvent the wheel by developing new systems, processes and research, as there were no players in the field whom they could refer to.

"Convincing the SMEs to pay upfront was a challenge. Also, building a scalable, robust and reliable technology to manage and track deals at every stage was not easy,” adds Akash.

Growth so far and expansion plans

Tradohub claims to make procurement easy, efficient, and economical for Indian SMEs by aggregating demands, removing middlemen, entering partnership with global suppliers and by integrating technology to make the experience hassle free with a single click.

Since its inception in 2014 and until last year, Tradohub’s customers have increased to more than 550 SMEs. Talking about its revenue growth, Akash says tit has increased twenty-five-fold - from Rs 9 crore to Rs 200 crore. The company has even launched its own app with the tagline ‘Har manufacturer ka app’.

"Our customer repetition is at 65 percent and gross profit has grown from one percent to 6.5 percent. Right now, we are profitable at PAT (profit after tax) level as well."

Akash aims to build a robust and scalable tech by building an integrated platform that will simplify tasks - like getting prices, getting credit, booking materials, making payment, and live tracking - which he feels will be a game-changer for international trading.

"We want to build an experienced team, an exclusive supplier base, a trustworthy brand and an advisory. We also want to expand globally because scaling up is important to stay relevant and competitive. We will continue to expand across developed countries and Southeast Asia and provide raw materials to global SMBs through our platform."