These vegan F&B startups will tickle your taste buds with wholesome, plant-based recipes 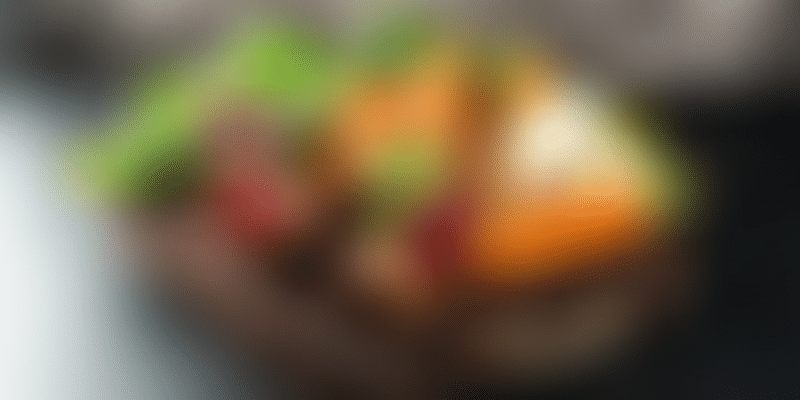 With increased focus on health and wellness, veganism is slowly making its entry into the Indian market. Several startups seems to be cashing in on this opportunity, and YourStory lists six such vegan businesses in the food and beverage space.

With increased animal welfare activism and the growing thrust on optimum health, veganism--where one avoids eating meat and meat products, seafood, poultry and eggs, as well as dairy--has been seeing a lot of interest globally in the past decade.

When it comes to India, however, adoption of veganism is still negligible, mainly because we are one of the top milk producers of the world, and dairy products like paneer, curd, and milk are an integral part of people’s lives.

However, with the growing demand for vegan products and several entrepreneurs working in the vegan F&B space in India, the scenario seems to be changing.

Check this list of vegan startups across India that are on a mission to pass on the benefits of dairy-free and meatless products.

The food startup makes vegan cheese for commercial purposes and was founded by Kinjal Darukhanawala in 2017. Wegan Foods offers non-dairy cheese that is reportedly soy and gluten-free, and can be used like regular cheese, and is currently operating in the B2C space, pricing 50 gram of the product at Rs 350. Last year, Wegan Foods created buzz in the media for raising undisclosed funding before entering the market, from Sheikha Arwa Al Qassimi, a member of the royal family of Sharjah and Ras Al Khaimah.

Dabbawalla is a popular lunchbox concept in Mumbai but a vegan dabbawalla is definitely one-of-a-kind. Started by Samir Prasad in 2011, Vegan Bites is based in Mumbai’s Lower Parel area and the vegan tiffin service reportedly delivers over 300 tiffins across the city every day. Customers can opt for whole, fresh plant-based meals in a variety of cuisines like Lebanese, South Indian, Thai, Italian, and Indian, among others. Besides meals, Vegan Bites also offers vegan ice creams, cakes, and desserts.

This Delhi-based vegan startup offers dairy-free almond milk in various flavours – cardamom, cacao, vanilla, and many others at price ranging between Rs 145 and Rs 160 per bottle. Started by Sheena and Tarun Jain in 2018, the duo came up with SAIN when they realised the market lacked brands offering clean, fresh/raw almond milk that tasted like the homemade kind and were loaded with enriching nutrients.

In 2014, Jane Mason, a lawyer, trained chocolate maker and raw food chef, and Fabien Bontems, a sound engineer, came together in the Indo-French town of Pondicherry in Southern India, to set up an organic, single-origin chocolate business. Mason & Co is vegan dark chocolate and is completely staffed by women artisans who produce chocolates right from the bean to the bar in Auroville.

Bengaluru-based Veganarke is the brainchild of 21-year-old engineering student and animal activist Abhay Rangan, who is on a mission to make vegan dairy products affordable and accessible. Abhay founded Veganarke in 2016 after running a non-profit animal rights outfit for two years (which he started when he was just 16). Currently, Veganvarke is into online sale of plant-based milks as Goodmylk, and vegan yoghurt, a peanut and rice curd.

Cowvathi was started by a former advertising professional Shasvathi Siva in 2017. Cowvathi offers different varieties of vegan cheese, and all the products are made from a small kitchen space-cum-studio in Vashi, Navi Mumbai. Each batch of vegan cheese, which takes close to two hours to make, is sent out three to four times a week. Shasvathi also offers vegan cookery classes specialising in dairy alternatives. Next on cards for the brand is expanding the product portfolio to include more dairy alternatives, probably starting off with vegan mayonnaise.