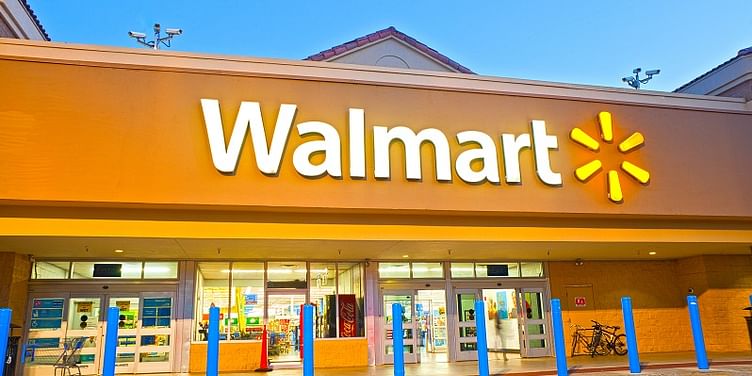 The US retail giant’s has had a tumultuous journey outside its home turf. There are many lessons to be learnt in its foray in Germany, the UK, Japan, and Korea in the past.

Unless you have been living under a rock for the past month, you already know of American retail bigwig Walmart acquiring India’s e-commerce leader Flipkart. The deal – biggest e-commerce deal in history – has gained attention for multiple reasons.

The two players are taking on their common rival Amazon. The Arkansas-based 56-year-old retailer entered India in 2007, but has not been able to make the best of it.

Since FDI regulations restricted Walmart from retailing in India, it had joined hands as a wholesaler with Bharti Group and opened 21 ‘Best Price’ stores. Walmart played the B2B role, while Bharti took care of the front end (B2C). The affair, however, did not last long; they parted ways in 2013. Walmart has since continued as a wholesaler in the country.

But with Indian retail expected to touch $1 trillion by 2020, Walmart wants a slice of the pie, and its first step is to go online – for the market worth $80 billion by 2020 from the current $20 billion. With growing internet penetration, online shoppers in India are estimated to be 200 million by then.

Currently, the average annual ecommerce spending per consumer in India, which is $120-140, is expected to drop to $92 by 2020. This is where Walmart can bring in its USP – Every Day Low Prices (EDLP) – and build economy of scale.

Walmart had lost to Amazon in ecommerce in the US, and Flipkart is the only player that has given the 24-year-old company a run for its money. Walmart may not fight the Reliances and Birlas of the country yet, but Amazon is an enemy worth its salt.

But Walmart has a long history of failing to make it outside North America. Their biggest disasters so far were in Germany, Korea, and Japan, where the company could not make it due to multiple reasons – culture, competition, supply chain and, of course, Amazon. The latest to join the list is the UK, where Walmart is selling hypermarket chain ASDA to Sainsbury’s, 19 years after its acquisition.

So what went wrong for Walmart in these countries? What have they learnt from the failures and how will their strategy in India be different? YourStory digs in.

When Walmart entered Germany in 1997, having acquired offline retailers Spar Handel and Wertkauf, it was the biggest retail market in Europe. Both players’ stores were rebranded as Walmart’s, and they went on to implement efficient operations and EDLP. Yet, by 2006, the company had to sell off all 85 stores to Metro Group at a $1-billion loss and leave Europe.

The most obvious reason was that Germany does not allow price cuts. Every retailer had matching prices, and Walmart could not offer anything which others are not offering.

With home-grown players like ALDI and LIDL having established themselves already, Walmart’ USP of lowest prices could not penetrate the saturated industry. In India, EDLP is expected to hurt the online sellers but ultimately benefit customers who do not have such options now.

Retail is rarely a winner-takes-all game. In Germany, the top five players accounted for 63 percent of market share in retail, but Walmart was not one of them.

The two companies they had acquired were minor players – which together had a mere three percent market share. Analysts see this as Walmart’s biggest mistake to date, which happened due to lack of due diligence.

Another reason that is believed to have brought Walmart down in Germany was the cultural friction between the US management team and existing German on-ground team. Flipkart will have to see how this will turn out in India.

After tasting success in North America, South America, Europe and the UK, Walmart took its first step in Asia through Japan in 2005. By acquiring one of the largest retail chains in the country – Seiyu, founded in early 1960s – Walmart was hoping to exploit the online grocery sector through Seiyu’s offline stores.

But the online market was only less than two percent of the total grocery sector. A few years ago, though, prices of food items were rocketing, as were taxes. For the non-food items, Walmart offered EDLP, but could not reach out to Japanese consumers, who were more interested in quality.

Enter Amazon Fresh in early 2017, and Walmart felt the heat. With its rival providing fresh fruits and vegetables, gourmet products and other FMCG items at a much lower price, Walmart had to take action. In January 2018, they partnered with Rakuten, Japan’s largest e-commerce site, to provide online grocery delivery. Users can order grocery on Rakuten, and Walmart will fulfill the delivery from its warehouses.

Also, Walmart now provides e-books via Rakuten’s Kobo (e-book device) to fight Amazon’s Kindle. While Walmart continues its presence in Japan, it is obvious that they are struggling to fight its rival there too.

When Walmart entered South Korea (as an independent entity) in 1998, the country’s largest discount-retail store E-Mart already had a 30-percent market share, followed by HomePlus, a localised version of Tesco. By 2006, Walmart sold all its 16 stores to Shinsegae Group, which ran EMart, for $882 million.

Mike Duke, then Vice-Chairman of Walmart Stores, had said, “As we continue to focus our efforts where we can have the greatest impact on our growth strategy, it became increasingly clear that in South Korea’s current environment it would be difficult for us to reach the scale we desired. We have decided to sell our business to the market leader as we believe this is the best option for our associates, customers and shareholders.” All Walmart stores in the country were thus rebranded as E-Mart stores.

With the market growing tougher, 70-year-old French retailer Carrefour also sold all of its 32 stores to Korean fashion retailer E-land for $1.85 billion around the same time.

In fact, South Korea is a market where a lot of biggies failed in – including Nestle and Nokia. Korean consumers tend to prefer their local brands – almost everyone has a Samsung phone.

Their shopping preferences were also drastically different from their American counterparts. For instance, American consumers tend to purchase in bulk for long-term storage, and they are comfortable with packaged foods. But Korean consumers are more particular about the freshness of the food. They are willing to make frequent trips to supermarkets, corner stores, and traditional wet markets to buy smaller volumes of fresh produce.

Understanding this consumer behavior, E-mart had aggressive discounts for smaller quantities. But, Walmart became a store for Koreans to visit when they needed to purchase large non-food products and to see a variety of products, including foreign products. They prefer to visit local domestic supermarkets for food purchases and daily use items.[1]

Given its experience in Asia so far, Walmart is playing it safer in India, as the Flipkart acquisition is more of a backend buy.

As Harish Bijoor, Founder, Harish Bijoor Consults, says, the consumer-facing impressions would be unchanged. “In terms of branding, they'd retain the distinct imageries of Flipkart, Myntra, Jabong and Ekart. Walmart would do everything to keep these brand identities distinct,” he adds.

When Walmart bought British hypermarket chain ASDA in 1998, the latter held a 31-percent market share, while Tesco had 28 percent. The relationship survived all odds until recently, when grocery became a battlefield for retailers, online and offline in the UK.

Last year, Amazon UK tied up with the online grocery group Morrisons for their Prime and Pantry services, and tech was their main weapon. Consumers can place orders on Morrisons using Amazon’s virtual assistant Alexa, integrated into Amazon Echo devices.

Add to this, the entry of Germany players Aldi and Lidl. Not wanting to fight anymore, Walmart sold ASDA to its rival Sainsbury for $4.3 billion and a 42-percent stake last week. This is another instance of Amazon taking over the world, and why Walmart cannot give up on the next big market – India.

Now that Flipkart is going big on grocery in India, Walmart can emulate the model of Amazon-Morrisons here. Instead of local stores, their wholesale division can provide the grocery through dark stores.

Walmart had also had its gains from ASDA. It had absorbed great practices in fashion and introduced them in the US too. ASDA’s apparel brand George is the second in apparel sales in the UK. Now Walmart is planning to sell the brand on wholesale, reportedly for Seiyu.

It is easy to draw parallels in India, where fashion is the highest margin category in online commerce. Flipkart has been building its private label in fashion for men and women, which Walmart can now scale up for offline sales as well in India and abroad.

Lessons for India and taking over Flipkart

According to Harminder Sahni, Founder and MD at retail consultancy firm Wazir Advisors, Walmart is not investing in what Flipkart is today. “Walmart is investing in what Walmart wants to be tomorrow. They couldn't have allowed Flipkart to go to Amazon. They also know that Amazon would scoop up one of the Indian offline retailers soon,” he says.

Walmart has also acquired Vudu to fight Netflix, online grocer Yihaodian against Alibaba in China, and Parcel against Amazon Prime (in the US), but it is yet to see results.

Walmart does not have direct retail experience in India, but Flipkart has scaled rapidly in the last five years with deep understanding of customers and building a good ecosystem. As Devangshu Dutta, Chief Executive at Third Eyesight, a retail and consumer sector consulting firm, says, they have survived the many shutdowns in ecommerce.

“Flipkart’s tech and service are efficient and they are a powerful business. But this is not sustainable in the long term. Walmart’s alliance with Flipkart is a win-win for both as they can expand the customer base.”

Unless they have to end up selling off Flipkart to another player like Reliance after 10 years, Walmart’s previous disasters will not be a repeat in India. Although it is a saturated market in offline retail, it is only a matter of time before Flipkart and Amazon open customer-facing offline stores. If Walmart gets its steps right in India, the acquisition of Flipkart will be a golden page in the history of Indian retail.