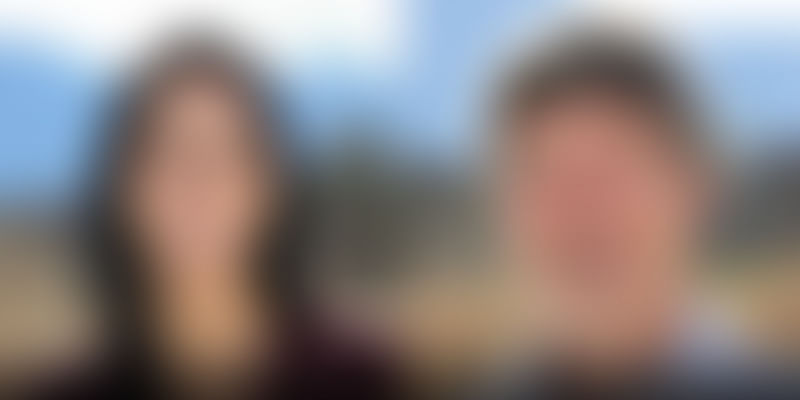 The infrastructure as a service market is $22.5 billion in size, and James Smith’s Webscale is working with every SMB and enterprise wanting to enter the ecommerce market.

What do they solve: They help SMBs to migrate their website to the cloud and manage peak traffic better

So you thought Amazon is the final word in ecommerce. But did you know there are practically millions of SMBs and large companies that are also thriving in the ecommerce sector?

Now, unlike Amazon, most other companies were born in the physical world and it is only over the last decade that they have set up digital processes.

Let’s look at various scenarios. As a customer, have you noticed a blip in the website or the app? Have you faced delays? On a big sale day, when the traffic spikes up, every company is caught unawares of their infrastructure’s capacity to handle traffic and security. Not many know how to manage this spike in demand and this is what Webscale Networks, a Bengaluru and Boulder-USA based startup, does to help ecommerce platforms handle scale without having to worry about infrastructure.

With Webscale, organisations do not have to add additional IT resources; they can just scale their website out in to the cloud and handle the spike in traffic. The traffic can increase manifold, but your site would never go down and customer service does not suffer with issues such as latency.

The speed at which the customer can transact remains fast and transactions can happen in a second or less. This technology was the brainchild of James Smith, who founded Webscale Networks in 2013, in Boulder, USA and Bengaluru.

It all started in 2008 during his undergraduate years in college when James (also called Jay) started experimenting with the cloud as a resource for decentralised resource management.

It was only in 2012 that he began to take this as a business plan. “Growing with a mother who was in marketing and a father who was an investment banker, a practical outlook to business plans was something I grew up with. So, we started off with a very clear pitch and that was to make the world of ecommerce remain customer-centric and not worry about infrastructure,” says Jay, founder and CTO of Webscale Networks.

The company handles $5 billion in GMV and works with 700 stores, 100 multi brand outlets and has processed over 83 billion http requests.

The company today has more than 100 clients, but in the early days Jay had to manage the customers’ requirement and build the technology on his own.

“I would tell the companies that it is not about apps or having a great website. It is about offering flexibility for the customers in the omni-channel retail world to have zero latency in using a service,” he says. Now that struck a chord for not just retailers, but also with investors. The company has raised $25.9 million since from Grotech Ventures, Mohr Davidow Ventures, and others.

The company began to scale up rapidly after the appointment of Sonal Puri as CEO in 2015. She began to convince several businesses that if they had to work smart then it made sense to move their resources (applications) to the cloud. Her pitch was everyone (enterprises) was moving to the public cloud, but once there the cloud providers still did not guarantee uptime and security. “It is about providing clients with the right tools to fight a security breach and protect the ecommerce store,” says Sonal Puri.

The company’s software helps with:

The company competes with Cloudflare, ScienceLogic, and Array Networks. “The business of cloud is all about faster delivery of services to the end customer. Whoever ensures that data is available to the organisation to manage their IT better will clearly win the race,” says Amit Zavery, EVP, Cloud Platform, at Oracle.

The worldwide infrastructure as a service (IaaS) public cloud market grew 31 percent in 2016 to total $22.1 billion, up from $16.8 billion in 2015, according to Gartner Inc. Amazon was the No. 1 vendor in the IaaS market in 2016, followed by Microsoft and Alibaba.

"The market for cloud services is growing faster than virtually every other IT market today, with much of this growth coming at the expense of the traditional, non-cloud offerings," says Sid Nag, research director at Gartner.

The business model for Webscale is based on the traffic handled along with all the tools necessary to migrate to the cloud, manage security, and have disaster recovery solutions.

So, Webscale is expanding to global centres. But 85 percent of its market is in the US. But, with the cloud becoming all pervasive, it could be one of the most valued startups in that industry.