Women in design: the silent revolutionaries 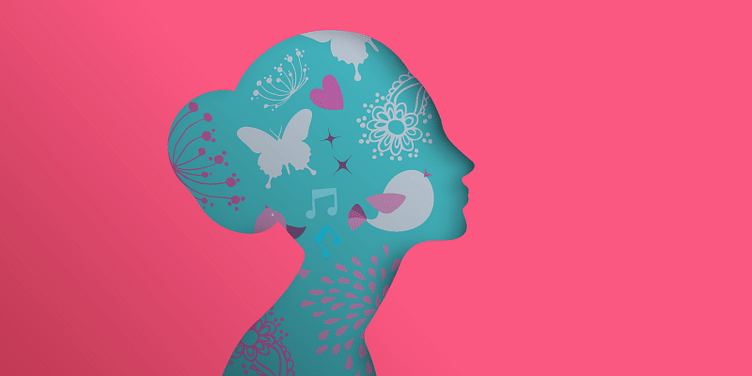 They changed how we think and design things, from cars to teapots. They taught design courses, opened up design competitions, and engaged in large social platforms to continuously challenge what we design, doing everything without much noise or fanfare.

When machines took away our ability to craft products with our own hands during industrialisation, it also took away women who could have played a significant role in designing these things that the machines churned out in masses. Before the 1900s, women were actively engaged in all sorts of craftwork, including making houses, household objects and tools for everyday living.

With machines taking over, the rising middle-class women were looked down in status when they worked in factories and, as a result, design and engineering became the field of men-only intellect. Even as hunters and gatherers, women enjoyed the creative freedom to make tools for living inside and outside home. When the hunters took over the wild jungle of industries, the gatherers were left to decorating and caring for households and families.

Despite all of this, several women stuck their neck out and expressed their creative freedom and designed things that mattered to them - from making cars usable to making autonomous driving safe, women designers are silent revolutionaries shaping this world into a better place.

The woman diva at the Bauhaus

The Bauhaus was a rebellious design school in Germany that started in 1910 and went on to shape modernism in design. Simple, usable and easily manufacturable - these principles encompassed the design manifesto that the Bauhaus teachers and students learned to perfect. And at the Bauhaus was Marianne Brandt.

What’s remarkable about Marianne is that, from being a student, she went on to head the metal design department at the Bauhaus. Her achievement may not stand out for you and me today as many women head design departments in universities and colleges now. But at that time, in the 1920s, Marianne, as a student, was not allowed to study in the metal department, and was asked to go to the weaving division at the school, where women designers learnt to make machine-producible upholstery and other things useful with clothing alone.

But Marianne pressed for her desire to work in the metal department, became the first woman to get a seat there and inspired several women designers at the Bauhaus to join her. The metalworker designed several things, including the modern versions of the teapots, teacups, bedside lamps and games for children that sold really well in the market. Her designs are still being produced by Italian manufacturing company Alessi.

More importantly, Marianne continued to teach design to thousands of students till a very ripe age of 89, quietly influencing the role women would play in the men’s territory of design. No student leaves a Bauhaus-inspired design school without reading her legacy today (most or even all design schools including NID in India are Bauhaus-influenced in one way or the other).

During the world war, many women designers at the Bauhaus, including Marianne, lived and continued to teach design in Germany, while their men counterparts fled to America for a safer and better quality of life. Some women designers even died during the war, leaving their works unfinished.

‘Damsels of Design’ at General Motors

In the 1950s, a group of ten women were recruited to the styling department at General Motors, to help improve the interiors of the cars and make them appealing for women car owners. By this time having women in the industrial design department was not unusual (thanks to Marianne Brandt and the other Bauhaus women).

These women, hired from Pratt Institute of Design (one of New York’s ace design schools) mostly, soon proved to challenge their roles beyond just styling. They wanted to challenge men and tell them that they are not in the business to add dainty lacework to car seats or choose colors that could easily please. They wanted to prove that they can design cars useful and usable for both men and women. These women found ways to stock the car with compartments to store things like toys, umbrellas and makeup kits.

They challenged their engineering teams by asking to fix an emergency telephone line from the car to home, at a time when telephones and wireless networks were not the best in America. They challenged the comfort and safety of the car and designed the first usable retractable seat belts. The powers that be in GM soon realised that these women were more than just stylists and started to encourage them to design a whole new car itself soon.

These ten women were christened by GM as ‘Damsels of Design’ (YouTube). Google search these damsels and you will see tons of articles covering them, including the design magazine Core 77 that celebrated their work 70 years later, in 2016. Next time you sit in your car and pull down your seat belt around your waist, you are not going to forget to thank these women for your safety on the road.

Janine Benyus goes a step further to bridge the fields of design, engineering and biology. Biomimicry is a field of design that she is popularising by mimicking the wisdom of the natural world. She is helping companies and scientific institutions design water harvesters inspired by beetle bugs and fans inspired by the shape of mollusks. Not only pushing the field of design to embrace natural techniques that’s evolved over billions of years, she is educating scientists, engineers, entrepreneurs and children through Design with Nature 101 courses at the Biomimicry Institute.

Her TED talk in 2005 was one of the top viewed lessons on design. Every year, Biomimicry opens up design challenges and invites the smartest nature-inspired solutions from around the world. Janine is pushing engineers, scientists and designers to reimagine solutions by learning from the design gurus of nature whose design principles have evolved over billions of years.

There is something common amongst all these women, if we look closely. They are in love with design, for sure. They pushed the industries forward. They changed how we think and design things from cars to teapots. They taught design courses, opened up design competitions, and engaged in large social platforms to continuously challenge what we design. They were deeply committed to transmit their learning to next generations.

What beats me is that they never bothered to market themselves along the way. Alongside Marianne, Janine or the Damsels, there were several other male counterparts (for brevity, I am not getting into the details) – designers who won prestigious design awards for their work, sometimes prematurely before they made any significant contributions and sometimes even on behalf of the women designers they worked with, never uttering a word about the women’s contributions in the process.

Without a Marianne Brandt, I don’t think I would have seen such a large bunch of female students at the National Institute of Design during their recent annual festival (still a challenge in engineering colleges). Without the Damsels, I cannot imagine driving my child in the car to Mysuru this weekend, without a retractable seat belt. Without Janine, I do not think designers, including design-thinking pioneers like IDEO, would be pushing design thinking to provide environmentally sustainable designs.

When I walked into the traditional houses, called the bhungas in a village named Ludiya in Gujarat last year, I met many women who were aesthetically beautifying their homes with mirrors, vessels and decorative motifs. My driver (who was obviously a man) told me that his wife spends hours decorating their bhunga with mirrors every day. What I learnt from these village women was an entirely different story. They told me their children recognised their houses easily by the decorations on the outside wall, which otherwise all looked round, circular, muddy and similar. They told me the mirrors on the inside of the homes reflects and provides for more daylight, especially since electricity is expensive and erratic in the village. These homes were functional by design and if it adds up to aesthetics on the side, why not? It made me wonder: should we continue to typecast women’s role only for decorative arts?