iOS 12, MacOS Mojave, and more: all the top announcements at the WWDC 2018 keynote 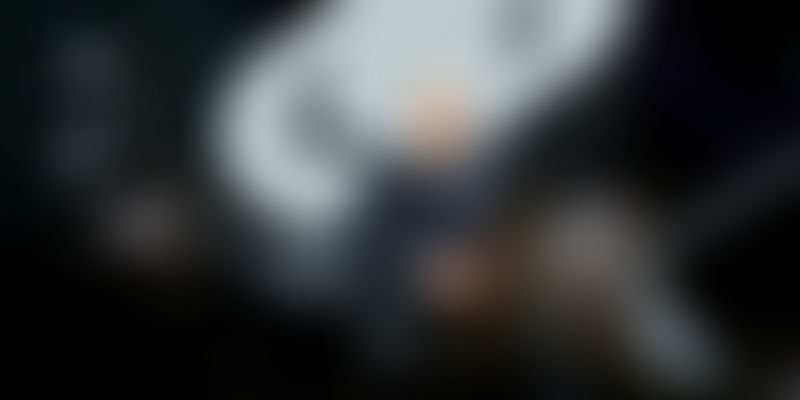 It’s shaping up to be the year of software upgrades. After Google’s impressive demos and next-gen software showcases at Google I/O earlier this year (remember that incredible AI-booking-an-appointment demo?), the heat was on for other tech giants to showcase their own commitment to improving their software offerings. As such, it was little surprise that heading into Apple’s Worldwide Developer Conference (WWDC) 2018, rumours were rife that this year’s conference would focus almost exclusively on software, and that’s exactly what happened.

In a WWDC keynote almost entirely bereft of any hardware news, Apple CEO Tim Cook took to the stage to introduce a bunch of updates to virtually every operating system run by Apple. From the mobile iOS platform to the TVOS platform driving Apple TV, Apple announced several updates and upgrades, including some to core apps like Siri and Photos. Here’s a list of all the major updates announced in the opening keynote of WWDC 2018:

It’s been barely a week since Apple released iOS 11.4, the latest iteration of its iOS 11 operating system for iPhones and iPads. The release followed a lot of bad press for the Cupertino-based tech giant after a series of bugs forced Apple devices to freeze and stop working. Perhaps as a result of this, Apple’s latest iOS update focuses almost exclusively on performance and security improvement. So while iOS 12 – expected to be available later this year – may feel underwhelming to some onlookers, it signifies Apple’s commitment to providing a stable experience for all users.

That being said, there are quite a lot of new features and updates coming with the new operating system, including much wider support. iOS 12 will be supported by devices all the way back to the legacy iPhone 5S, perhaps in response to the controversy late last year about Apple deliberately slowing down old phones to push newer models. There are also updates coming to Apple News (which gets a brand new redesign for iPads, and integration with the Stocks app), fresh app support for the iPad (Stocks and voice memos), as well as iBooks (now officially rebranded as Apple Books).

Apple also unveiled ARKit 2.0, the next version of its suite of tools for augmented reality (AR) developers. ARKit 2.0 comes with improved face tracking and 3D object detection. The new suite will also allow for the creation of “shared experiences”, where two users/developers pointing their devices at the same AR space will be able to share the same experience in real-time. Apple showed this off with a stunning Lego demo where two users were able to work together in an AR experience using two different iPads; Lego and guitar-maker Fender are two of the first brands to confirm partnerships with Apple for the ARKit suite.

Apple also announced Measure, a new native app that lets users use AR to accurately measure real-world dimensions, as well as support for the USDZ file format, which will make the process of sharing animations in AR smoother and faster.

Apple’s Photos app is getting a refresh, and will now highlight key moments, people, places, etc. to create curated photo collections. The app will also give sharing suggestions based on the content of collections, such as prompting you to share photos with people tagged in them. A lot of these features will feel very familiar to Android users, as Google has been including them in its native Photos app for a long time now, but it’s great to see Apple finally adding this functionality to its native Photos offering.

Siri is (finally) becoming more helpful than ever before

Since Siri was first launched in 2011, it’s built a strong legacy over the years, but the voice assistant has faced stiff competition in recent years from the likes of Microsoft’s Cortana and Google’s Assistant. As more companies bank on AI and better computing to deliver more personalised voice assistants, Siri has been long overdue an update to make it smarter, and it’s finally here. At WWDC, Apple showed off two new features – habit-based notifications, and Siri Shortcuts.

Habit-based notifications are quite simple. If you have a habit or an action you perform at a specific time repeatedly, Siri can track that “habit” and give you reminders and suggestions based on it. So now Siri could give you suggestions to order that black coffee you need every morning to kickstart your day. The Shortcuts feature helps integrate Siri with third-party apps. Apple’s demo of the feature demonstrated how the phrase “Siri, I lost my keys” pulls up the Tile app, showing where you left them. Shortcuts will also work with HomePod and Apple Watch.

Apple is following in the footsteps of tech giant Google – who introduced its own “digital wellness” programme a few weeks ago – with its new Instant Tuning feature to help fight “phone addiction”. Instant Tuning lets you customize your notifications, batch them by group, and turn off certain notifications altogether directly from the lock screen. You can also set specific times to automatically turn on Do Not Disturb mode that automatically silences your phone and hides all notifications until you “wake up” again.

There is also a new feature called App Limits that lets you restrict the amount of time you spend on certain apps (probably useful for all the Instagram-scroll-addicts out there), as well as an activity breakdown feature that tracks and shows how much time you’ve spent on specific apps and on-screen each week. Parents can also monitor their kids’ app and device usage with a special kid-focused version of activity breakdown.

When Apple introduced its Animojis feature with the iPhone X last year, even it could not have predicted how popular it would become. The animated emojis that mimic facial expressions have gone viral in tonnes of videos across the internet, and now they’re getting an update. Meet Memojis. With the new feature, Apple will let users create Animoji replicas of their own faces, with a large variety of customization options. The company said that it had also improved its face detection tech to get better responsiveness, including adding “tongue detection”. Pretty sure we could be looking at an Animoji sequel to 2017’s The Emoji Movie sometime in the future.

Apple’s FaceTime has been a huge success, successfully capturing the market on Apple devices from other major video calling services like Skype. However, the platform has seen little change since its introduction in 2010 – until yesterday. Now, Apple is finally bringing Group Chat to FaceTime, allowing users to make group video calls with up to 32 people on the same call. Snapchat introduced a similar feature, allowing group video calls with up to 16 participants, in April this year. You can also use Apple’s camera effects in FaceTime, meaning your video calls could now be full of Animojis, Memojis, filters and stickers.

The Group Chat UI will feature individual callers in floating tiles that will grow and shrink depending on who’s speaking at a given time. There will also be a ticker at the bottom with all call members’ tiles so that users can individually select certain call members to highlight. However, this could be potentially very unwieldy and chaotic, especially in calls with a large number of members.

Your wrist will now be smarter, and more health-focused

WatchOS 5 has a bunch of new updates, almost all of which are focused on activity and health monitoring. Apple Watches will now track activities like yoga and hiking better, and even allow you to challenge your friends to exercise competitions. Siri will now also integrate better with Apple Watches, including gesture support (no more shouting “Hey Siri!” at your wrist in public like a crazy person) and customization options to make your Siri watch face reflect heart rate, scores, and more. You can now even feel like you’re in a science-fiction or a spy movie, with a new Walkie Talkie function that enables live voice-chatting with other Apple Watch users with a single tap of the screen.

MacOS moves from the mountains to the desert

Finally shutting down long-time rumours of a possible fusion of the iOS and MacOS operating systems, Apple yesterday revealed the newest update to MacOS. Ditching the previous tradition of naming updates after mountains in California, MacOS 10.14 is dubbed MacOS Mojave, and it’s got a bunch of exciting new features. First and foremost is a new ‘Dark Mode’, that makes all Apple first-party apps take on a darker hue. Expect this feature to be a big hit with designers as well as the folks pulling all-nighters – Dark Mode is easier on the eyes in low-light environments and delivers punchier colours and visuals against dark backgrounds.

Apple is also making satisfying your OCD itch easier with Desktop stacks, that group together related icons into piles that expand with a tap, auto-tidying your desktop. You can also scroll through stacks to find individual files. Other cool new features include time-sensitive wallpapers (Apple-designed wallpapers that change depending on the time of day in your location), improved screenshotting functionality, new apps like News, Voice Memos, and more.

Towards a more private and secure world

After the recent Cambridge Analytica controversy and the rolling out of the EU’s GDPR rules, data security and privacy are on everyone’s minds. Apple too signalled its readiness to tackle these issues head-on, with the introduction of a couple of new features. Apple’s web browser Safari will now, by default, block tracking from comment fields and “share”/“like” buttons, something that will likely not sit well with social media giant Facebook who uses these features to track and collect user behaviour data.

Apple also said that MacOS Mojave will include features to fight “fingerprinting”, or the practice of tracking users based on computer identification through IP tracking and the like. Likewise, apps on iOS will need explicit permissions from users to use the camera, microphone, location data, mail, messages, and more. At the keynote, Craig Federighi, Apple’s Senior Vice President of Software Engineering, said, “One of the reasons that people choose Apple products is because of our commitment to privacy,” and Apple has signalled its intent to honour that trust going forward.

WWDC 2018 is going on all this week in San Jose, California, and if the info-packed two-hour opening keynote is anything to go by, there are sure to be a bunch of announcements and updates from Apple as the event progresses.

Did we miss something? What was your favourite announcement from the WWDC keynote? Let us know in the comments below!