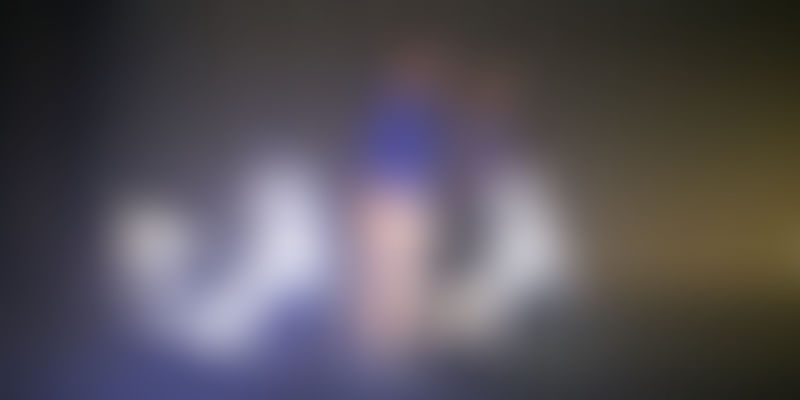 Ather Energy finally launched its much-awaited electric scooter S340 in Bengaluru on Tuesday. The company also launched the S450 version, which came as a surprise. The Bengaluru-based company was founded by IIT Madras graduates Tarun Mehta and Swapnil Jain, and it started operations in 2013. The electric vehicle startup had roped in Tiger Global, Hero MotoCorp, and the founders of Flipkart as its investors by 2015.

In February 2016, the team showcased its first product - S340. However, the whiteboard specifications of the product was much different from what could be used on road. Apart from the bike specifications and details that required changes, the architecture of the bike also had to change.

“Apart from on-road difficulties, we realised production generally ended up being the graveyard for most hardware and electric vehicle startups,” says Tarun.

The team has set up a manufacturing facility at Whitefield in Bengaluru, which is currently producing both S340 and S450. While making changes in the specifications and launching an improved S340, the team also unveiled its new model S450.

“The gradeability varies in different locations within the city, and has its own gradiations. To top this, the acceleration for most petrol bikes are faster, and it therefore needs to be faster even for the electric scooter. If we want the consumer to choose an electric vehicle, all these factors matter,” explains Tarun.

The Ather scooters are connected to a mobile app, which helps the driver with navigation, parking spots, and also finding charging points.

Ather One also helps vehicle owners with service details and provides unlimited rides, where one doesn’t have to pay for charging the vehicle. If you charge the scooter at home, the cost will be reimbursed.

While the owner doesn’t have to pay for its service and maintenance, all other data - like navigation and diagnostics will be part of Ather One. They will also provide road-side assistance.

The vehicles are connected and powered by a lithium-ion battery pack, and features a digital touchscreen dashboard, and a light-weight aluminium chassis. The smart dashboard in the vehicle will enable users to create personalised profiles, choose riding modes and set other ride preferences.

The vehicle charges up to 90 percent in less than an hour. Its touchscreen dashboard contains a Vehicle Control Unit (diagnostic system) that constantly monitors the rider’s behaviour, a GPS, and an indicator that shows how much distance can be travelled in the remaining charge. The personalised profile feature will also allow users to create their profile comprising all the basic information.

“Most of the dashboard and other factors are manufactured keeping the Indian conditions - temperature, climate, dust and other uniqueness in mind. You can’t have a German-built dashboard in an Indian vehicle,” explains Tarun.

Just two weeks ago, Ather launched its experience store and Ather Grid, the charging infrastructure for all electric vehicles, across 17 different locations in Bengaluru. With the infrastructure in place, the team now just had to open up the orders for Ather S340 and Ather S450.

Though the Government of India has announced the “National Electric Mobility Mission Plan (NEMMP) 2020” in 2013, the delay in implementing the same has reduced the number of electric two-wheeler manufacturers from 28 in 2011-12, to seven in 2014-15, according to a report by National Institute of Urban Affairs.

However, with the government targeting 100 GW of solar power by 2022, and its ambitious plan to put seven million electric and hybrid vehicles on road every year by 2020, the industry is likely to gain pace.

Globally, several companies have released electric vehicles into the market. These include Brammo, Zero Motorcycles, BMW, Electric Motorsport, Hollywood Electrics, Yamaha, Harley-Davidson and Lito. Japanese company Terra Motors started selling electric scooters in India in 2015, and had announced they were building a $5 million plant in Gurgaon.

Coimbatore-based electric vehicle startup Ampere Electric has developed electric cycles, electric two wheelers and e-scooters. The company also claims to be the first one to make its own chargers (36V and 48V) for e-vehicles.