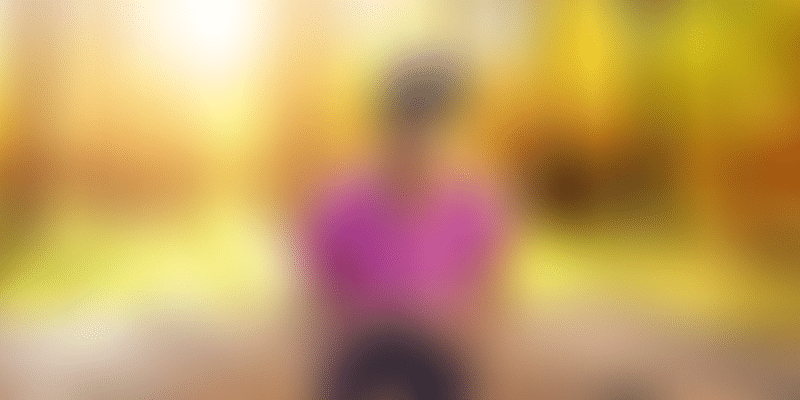 Every year, around World Environment Day, we make a huge noise about making the Earth greener and doing our bit for the environment. When the hoo-ha dies down, we forget and go our own ways. Simple things like planting a sapling, avoiding use of plastic, or taking bucket baths are shunted to the back of our minds and life goes on as usual.

But then, pessimism never changed the world. So we have optimistic green warriors, who are doing their bit for the environment, every day of their lives. They may be a rare breed, but they dutifully follow what actor and activist Marlee Matlin rightly says, “The earth does not belong to us; we belong to the earth.”

Pooja Bhale remembers, as a child, her mother used to read the book Mora by Mulk Raj Anand to her.

“In the book, a baby elephant’s father gets shot by the hunters and the mother is also poached. The story affected me deeply, and I always dreamed of going into the jungle. Sensing my curiosity and interest towards wildlife, my mother started sending me to various outdoor nature camps and trails. Hence, since very early childhood, I always knew my calling was pretty much the environment, wildlife and the outdoors,” she recalls.

After completing her graduation and post-graduation in Conservation Biology in the UK, Pooja took up a job with the Wildlife Protection Society of India in New Delhi.

Sometime between 2008 and 2009, she met an amazing couple, the Soderbergs from Sweden. They were planning spaces across the world that would be about sustainability, good living and organic living. Their foundation was called The Open World Foundation and The Open World Cafe.

In 2014, Pooja looked at the two-and-a-half acres of land her father owned in the outskirts of Pune, and had an epiphany. She tells the interesting story of how The Farm was born.

“The land, which belongs to my family, had been lying barren for years, with all traces of wildlife having diminished in the area due to increased human intrusion and dwindling habitat. Though I had no stronghold vision or conviction at the time, my only objective was to bring back the biodiversity, even if that meant shouldering the responsibility all by myself.”

Pooja began by planting trees, which have now gone upto 1,600. The Farm was fashioned as a carbon-negative space with few huts and rudimentary structures — all built with things that have either been donated or salvaged from scraps. It also has quite a few water bodies painstakingly built by her, and they serve as watering holes for animals and birds.

“Currently, we take care of nine dogs, two goats and 28 cats. I live on The Farm permanently in a tent, with all my animals around me. All the structures on the farm are handmade by me, with the help of few volunteers. We have a tent, a cottage, a tree house, and a Knowledge Cafe which is used to conduct various workshops, healing, and meditation sessions. I make my own soaps and face masks. The Farm has also taken up a zero waste challenge for a year,” she shares.

It’s easy to visualise The Farm as a place far away from the madding crowd, cradled in the lap of nature – serene and welcoming. Pooja helps us live the ambience as she explains, “Here birds chirp loud and clear, and time stands still; one can disconnect to reconnect with nature and in the process, find oneself. For a city dweller, the possibility of finding such an abode well within the skirts of their city is as unlikely as stumbling upon a unicorn.”

This biodiversity hub is a project of Protecterra Ecological Foundation (PEF), also founded by Pooja.

In 2014, Pooja suffered a setback when the Knowledge Café, fashioned out of bamboo and tyres, crashed due to incessant rain.

“I was kind of lost, funds became hard to come by, as the place was not flourishing, and I went into a lull. But something very beautiful happened in December that year, it was a defining moment for The Farm and for me too. We were lucky enough to be a part of an elephant rescue for the subsequent six months. So we had one blind elephant that came and stayed with us for two-and-a-half months, while she was transiting to the elephant sanctuary in Mathura. She was the one who turned everything around for me, as she gave me new found hope and courage. Soon, four more elephants came and stayed with us, and they were called ‘the Nut Herd,’ and they were rescued from the circus. Soon, the farm gained momentum again,” she recollects.

Subsequently, The Farm launched The Community Supported Agriculture project, with a view that urban dwellers can become members and have their own patch of land to farm. It has a resident farmer who takes care of the crops, but people are encouraged to come and tend to their own plots. When the produce is ready, they can take it home. It has 55 members who farm with them, as a part of this project, and grow potatoes, cucumbers, tomatoes, and even pumpkins, zucchini, cabbage, and peas.

The Farm depends a lot on volunteers from all walks of life that also include wildlife and nature enthusiasts, and children too.

If you want a piece of nature inside you and also want to make a difference, you now know where to go. But the call, like the song of the birds, has to come from within.