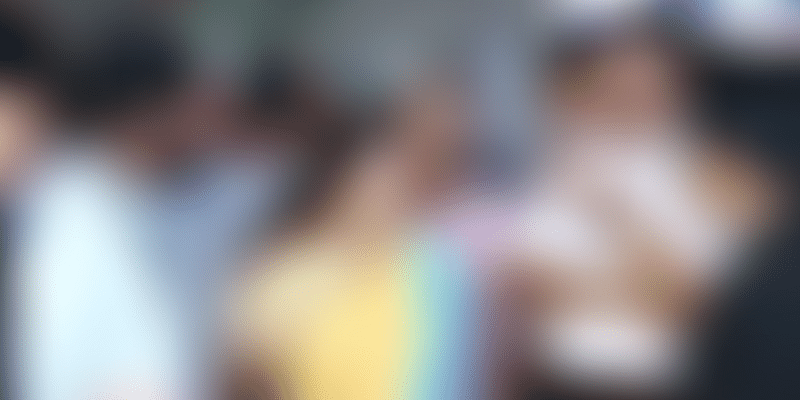 Business and entrepreneurship has always found a strong foundation in Rajasthan, and even in the old days, traders from the state would travel far and wide for business.

In Part 2 of the interview, Rajasthan IT Secretary Akhil Arora says that to further the next wave of entrepreneurship in the state, it is taking several initiatives and aims to bring new ideas to life, nurture them and help them scale. The startup policies initiated by Rajasthan offer mane benefits to young entrepreneurs and give them a platform to showcase their ideas and potential to bring social, economic and cultural benefits not only for them, but the state and the economy as a whole.

YS: Tell us about your startup policy. How successful has it been to create a global entrepreneurship mindset?

The foundation of Rajasthan has been established by our entrepreneurs and industrialists. It is the birthplace of some of the most successful businesses and large industrial houses of India. With such boastful history, Rajasthan was bound to become the startup hub of India. Millions of young minds with new ideas are ready to take the startup drive ahead. Leveraging the business-brains of the state, we introduced one of the most advanced and well thought-out startup programme of India -iStart.

With the launch of the iStart platform, the Rajasthan government is looking to promote entrepreneurship and innovation in the state. In just a few months, more than 750 startups have become a part of iStart platform and are enjoying the many benefits offered by the government.

To boost the startup paradigm, government has introduced Qrate - the only startup rating mechanism in the country, accepted by all leading venture capitalists and investors; iStart Nest - the only centralised incubator providing free incubation to startups; Bhamashah Techno Fund of Rs 500 crore, and Bhamashah Technohub, the county’s largest incubation centre with a capacity to accommodate 700 entrepreneurs.

By introducing the most cohesive and supportive ecosystem for startups and budding entrepreneurs which include iStart, iNest incubation centre, Bhamashah Techno Fund and Bhamashah Technohub, Rajasthan is a strong contender in the DIPP state startup ecosystem ranking index.

YS: Have you created funds for startups, if you intend to – could you give us insights on the initial plans?

The Government of Rajasthan will take all possible steps to make the state the biggest startup hub of the country. We have not only left Bengaluru and Pune behind, but are now competing with the biggest startup markets in the US, Europe, China, and Japan. In the state budget, Chief Minister Vasundhara Raje announced Bhamashah Techno Fund of Rs 500 crore. Of this, Rs 100 crore has been dedicated towards women entrepreneurs and Rs 50 crore for green startups.

The launch of Bhamashah Techno Hub has motivated the startup generation in the state to initiate its own ventures with the support of government, and funds can be used by the startups for their growth and all-round development. Bhamashah Techno Fund was distributed to eight startups within 10 days of its launch, and 15 more startups have been funded recently. The Government of Rajasthan has also introduced the Bhamashah Techno Hub, which will provide world-class incubation facilities to more than 700 startups under the same roof.

The Bhamashah Techno Fund will be provided in two ways - Funding as Loan and Funding as Equity. The fund will be allotted to registered startups on the iStart Portal on the basis of their Q-Rate rankings.

The Department of Information Technology & Communications has also conceptualised an initiative called ‘Rajasthan Student Startup Exposure Program’. This initiative makes the Rajasthan government the first in India to send 100 selected students from the state to an all-expense paid residential learning programme in Silicon Valley.

The programme is open to any student pursuing higher education in any college of the state. The Rajasthan Students Startup Exposure Programme has been very well received by colleges in the state and has got more than 6800 applications. The programme also aims to promote startups by women entrepreneurs, and has received 2100+ applications from female students in the state.

YS: Why should IT companies and global R&D come to Rajasthan?

Not only in IT, but Rajasthan offers many opportunities in the field of wind and solar power generation, tourism and hospitality, mines and minerals, manufacturing, automobile and many more.

Rajasthan also has the country’s biggest IT SEZ spread over 460 acres. The annual intake capacity of technical institutes in Rajasthan is over 3.55 lakh students and the state has set up the Rajasthan Knowledge Corporation Limited to promote IT literacy on a large scale. It also accounts for the highest number of finance professionals – Cas and ICWAs – in the country. We have introduced the Rajasthan Stack, through which we provide businesses a digital infrastructure to enable a paper-less, presence-less and cashless service delivery. Rajasthan Stack offers services like digital signatures, Rajasthan payment platform, Bhamashah data and many more.

Our startup platform is one of the most cohesive, and supportive ecosystems for budding entrepreneurs and is considered a most sought after destination for startups. Rajasthan also enjoys advantages of land, location and human resources, especially engineering workforce, at competitive rates, good connectivity, and has a very positive labour environment – reasons why businesses should consider Rajasthan as an investment destination.

[Read Part 1 of the interview here.]