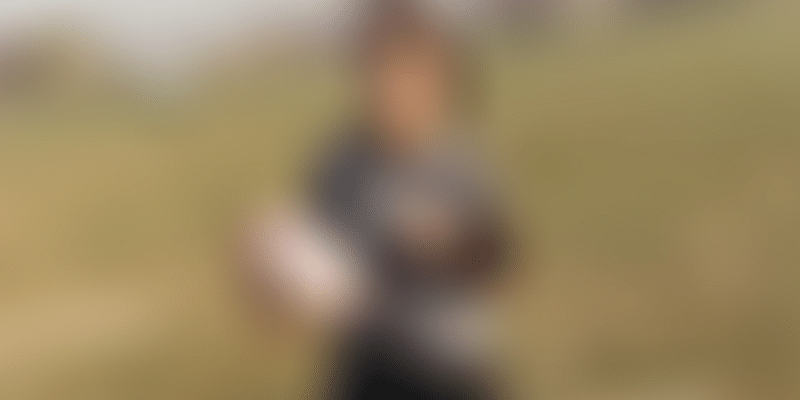 An English sport is empowering girls in the Kashmir Valley to chase their love for sports. No, it’s not cricket, but rugby.

Until a few years ago, this Kashmiri girl didn’t know a thing about rugby and had never even seen a rugby ball. But today, she claims she is the youngest Rugby Development Officer (RDO) in Jammu and Kashmir, has coached hundreds of school and college kids, and has dreams of playing for India one day.

Irtiqa Ayoub (23) from Jammu and Kashmir, discovered rugby when she was 16-years-old, and since then there has been no looking back. For someone so young, she is fearless, passionate and determined. She is a shining example of how when young girls are empowered and given freedom of choice, they can surmount any challenge. Irtiqa has also leveraged the power of social media to ensure that her efforts and talent don’t go unnoticed.

As she speaks to me over the phone in Hindi from her home in Safakadal in Srinagar, Irtiqa confesses that she has always been into sports and loved playing football. But when rugby was first introduced in her school, she was hesitant to play. “I had no idea about the sport, the rules and how it’s played. I hadn’t even seen how the ball looked like. When the coach encouraged us, I decided to give it a try but was still hesitant,” she says. However, after a week of playing rugby, she realised that she was going to enjoy this rough contact sports.

Since then, there has been no looking back. Irtiqa has won seven gold medals at the state level, and seven at the district level. She won a silver medal for Rugby 7’s in 2016 and 2017, and a gold medal for snow Rugby in 2017.

About a year-and-a-half ago, Irtiqa decided to take her love and passion for the sport to the next level and began coaching assignments in schools and colleges across the Valley. When she had started playing, there were very few girls in sports. But over the years, rugby’s popularity has grown not just among girls, but across the Valley. Sports has become a way to not just channel the spirit of the youth, but to build teams that can play for India. Given the Valley has so much snow, it provides an excellent opportunity for players to play snow rugby too.

The promotion of rugby has undoubtedly changed the lives of young girls like Irtiqa for the better. “I want to learn more. I believe there is a lot of scope and talent in Kashmir. I have been coaching for the past one and a half years and started to reach schools, colleges and tuitions for activities of Rugby sports. I believe we Kashmiris have good talent in all sports and activities, and we just need to believe in ourselves and work hard for better outcomes. I want all girls to feel free and join any sport they want to learn and earn,” she says.

The sheer confidence she displays is surprising, given that no one in her family has worn jeans, been on the field playing rough, and come back home with a broken nose. “My life changed after my father started seeing my pictures on magazines and television."

"Initially, he was hesitant and didn’t let me go for the Nationals, but once he came round, his support has been my strength. I come and go, wear jeans, go to the gym to train, and my grandfather, who is old school, asks me why I am not going out to practice or play when he sees me in the house.”

Quiet like the scene from the movie Dangal, Irtiqa and her family often get to hear unsavoury remarks, but her attitude to it is simple. “Ignore what people say. When people close to you say things, it does hurt, but I need to do what I need to do.” However, when some remarks and comments warrant a response, she doesn’t take it lying down.

When in one of the matches, the opponent’s knee hit her nose, she went on to play the match and win. “This game is my passion and nothing can keep me away from it.” She believes she is no less than the boys, and when it comes to competition she says, “I don’t look at anyone. I look at myself for I am my own competition.”

The ice, rain, snow, and the roughness of the game don’t deter her.

In summers, she wakes up at 5.30 am and goes for a two-hour walk, and after she is back, she has breakfast and heads for her coaching assignment. Then she heads to the gym, and in evenings she spends time on social media to connect with the world and share her experiences. Ever since she started coaching, she has leveraged various social media channels such as Twitter, Facebook, etc. to share her love for Rugby with the world. Now, Irtiqa is a well-recognised face in the state.

Irtiqa also has a club, a team of girls she is training and prepping alongside her, to make it to the nationals, and eventually play for India. It’s surprising how someone so young wants to not just play for herself but also empower others who can go on to make a name for themselves in this sport. She is proud that some of the girls she trained have gone on to play at the State and National level.

Support is crucial for success

For any sportsperson, and for sports to thrive, the access to resources is pertinent. Earlier, the rugby players didn’t have the ground, which meant they could not practice for more than a month before big games. But now, the Valley has the Rugby Home Polo in Srinagar. The Jammu Kashmir Sports Council and the Jammu Kashmir Rugby Association have not only helped by providing a ground and promoting the game, but they have been very supportive. “They support us every time,” says Irtiqa. Having an exclusive ground has made a huge difference, as all the rugby players now have a place to practice. “Now, we prep for three months before the nationals,” she says. The popularity and support for the game in Kashmir has definitely come in handy.

However, the mindsets need to change. Irtiqa has this message to share with especially parents and girls - “The girls who have talent and commitment, please pursue the game, but it is important for parents to support your girls for with your support they can go far.”

Success and failure is a part of the game

“I don’t believe in giving up. It’s not a part of my dictionary,” she emphasises passionately. However, as in any game, all days are not the same and sometimes you have to face failure. On those days, she doesn’t let defeat get to her. “I tell myself it was not my lucky day and I move on.”

Her primary goal right now is to play for the country and be a part of the Indian team. “I am going to the gym and training very hard for the upcoming camp. I hope to make it, as I want to play for my country,” says Irtiqa.