Meet the man who hired Sachin and Binny Bansal at Amazon, and now leads Myntra’s tech 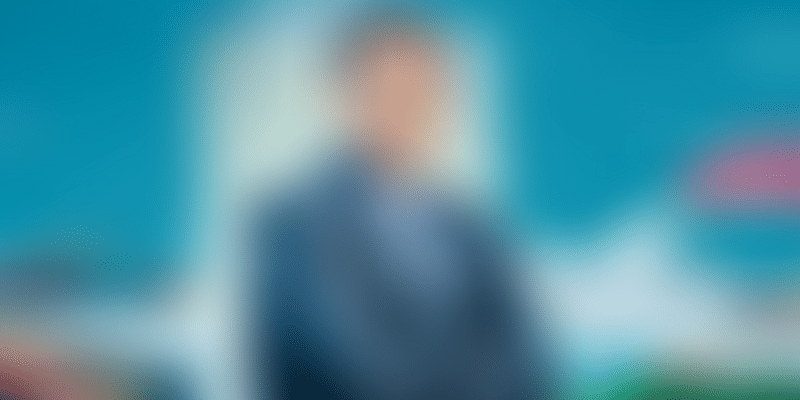 Myntra CTO Jeyandran Venugopal takes us through his journey – from helping set up Amazon in India, and going on to work in a company started by two men he hired, and that now rivals Amazon.

Amit Agarwal, SVP and India country manager Amazon, has written exactly two ‘Recommendations’ on LinkedIn. Jeyandran Venugopal’s is one. “I have tremendous respect for his deep functional knowledge, ownership, ability to innovate and simplify, and ability to deliver results for large goals,” Amit says about Jeyandran.

Currently Chief Technology Officer and Senior Vice President of India’s online fashion market leader Myntra, Jeyandran previously worked at Amazon for almost eight years. Jeyandran has, in fact, been a significant participant in the growth of India’s ecommerce economy over the last 10 years. His peers and juniors from earlier days have now become prominent entrepreneurs and CXOs – among them founders of ecommerce firms including Flipkart.

Chatting with YourStory at his office in Myntra’s Kudlur Gate campus, Jeyandran, now 41, recollected how his life has changed over the last 20 years.

Originally from Madurai, Jeyandran holds a degree in mechanical engineering from Anna University, Chennai. He did his post-graduation in mechanical engineering and computer science at the University of Illinois, US, after which he joined Amazon as an intern in software development. He went on to work at NCSA (National Centre for Supercomputing Applications) as a consultant, but returned to Amazon in 2001.

Of course, at the time, Amazon was not the behemoth it is today. Currently the world’s largest retailer, Amazon’s team had hardly 1,000 people at the time.

“I worked in Amazon in the US for four years – worked with their order processing systems, and built up core platforms there. I knew Amit (Agarwal) from those times,” he tells YourStory.

Jeyandran and Amit came to India in 2005, to set up Amazon India development centre. “We were a small group of four. So we rented out some space in Divyasree Chambers, and crammed ourselves into two cubicles. By the time I left Amazon in 2008, the company had grown into three centres with more than 2,000 people (in India),” Jeyandran recollects.

When it all began

Jeyandran also hired two youngsters from IIT-Delhi – Sachin Bansal and Binny Bansal - who went on to become India’s most famous startup founders in a few years. Jeyandran recollects hiring the two. “They were obviously high energy, enthusiastic folks, with high potential and talent. They were great engineers, and had the spark to go big.”

Not too long after that, Infibeam was launched. Sachin and Binny also moved on to launch Flipkart, following Amazon’s model of selling books online.

Of course, none of it was secretive. “We were quite familiar with them. They used to come to office often. We used to buy books from Flipkart at the time, to support, and encourage our former colleagues,” Jeyandran smiles.

Did he know, then, that Flipkart would go on to become what it is today? “It was clear that the Indian ecommerce scene was about to go through explosive growth. But I am sure even they didn’t know that how much effort it would take to get there. It exploded, they threw the dice initially, executed efficiently, and it worked out well for everybody,” he says.

The rest, as they say, is history. In 10 years, funded by top global investors, Flipkart grew to a billion-dollar company, and acquired Myntra and Jabong, among others.  As fate would have it, almost a decade after Jeyandran hired the two, he is guiding Flipkart-owned Myntra’s tech.

Were Sachin and Binny involved in Jeyandran coming to Myntra as well? “I did talk to them as part of the process. But they were not the ones who reached out to me directly to bring me on board,” Jeyandran tells YourStory.

Although Jeyandran had come to India for just two years in 2005, he decided to stay in Bengaluru with his family. In 2008, he left Amazon. Amit was back in Seattle as Technical Advisor to Amazon Founder-CEO Jeff Bezos. The duo would, years later, come at the helm of two companies whose rivalry was essential to grow the ecommerce ecosystem in India.

When Amit came back to set up amazon.in (Amazon India) in 2013, Jeyandran was in his fifth year at Yahoo. In 2015, he left Yahoo to serve as a technology/strategy advisor to Gurgaon-based ecommerce firm Snapdeal. Jeyandran was also working on his own startup in healthcare, when a larger role in ecommerce came calling.

Strikingly, Amit’s testimonial on LinkedIn for Jenyandran fits: “Jeyandran is a superstar and you want him on your team when attempting something new and big.”

Since Jeyandran took over as the CTO at Myntra a year ago, he has been instrumental in developing capabilities in machine learning for design and personalisation, supply chain optimisation, AR/VR, etc for Myntra-Jabong. He is in charge of a team of 800 people.

Jeyandran is also spearheading Myntra’s data sciences’ work, and is building a team in Palo Alto in Bay Area, California, to this end. “We want to go where the niche talent is – in computer vision, natural language processing (NLP), speech, and deep learning. We have found some right talent in the Valley,” Jeyandran adds.

Jeyandran also holds patents in method and system for retargeting product sales based on video views, and transaction processing system that applies user-specified rules to divide payment amounts among multiple payment instruments, among others.

Busy achieving so much in his early twenties, did he ever get to go out of the university campus and have fun in the US? Jeyandran smiles. “Fun is doing what you love. I enjoyed this the most. Also, my university was in the middle of nowhere – so there was not a lot of partying or holidays then,” he says.

But he does enjoy holidays with his family now. Jeyandran lives with his father, wife, son, and daughter, in Bengaluru. “My son Hayagreev is 11 years old and daughter Shreya is six years old. All they know about my work is that it is to do with computers,” Jeyandran laughs.

Jeyandran is busy writing history at Myntra, which is officially owned by US retailer Walmart now. A story is yet to unroll – about the synergies between two great powers in a growing market, strategising, sourcing, and building advanced tech together with the best of minds. But Jeyandran’s Midas touch is not just in tech. If history is to repeat itself, if he ever interviews you for a job and you make it, you can be sure of an exciting entrepreneurial journey!