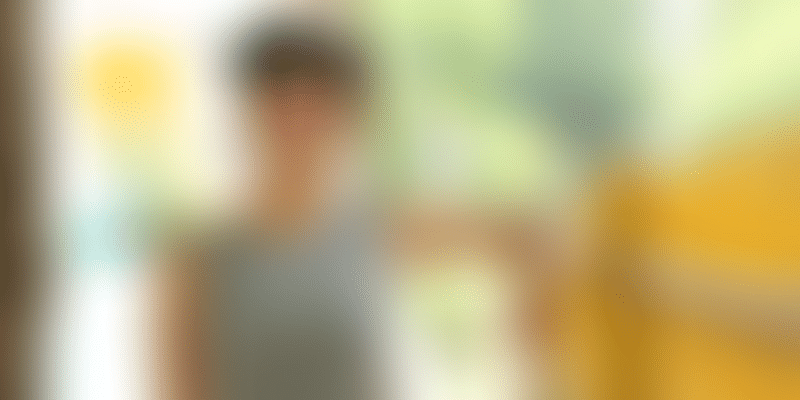 From being a doctor to going back to graduate school may not sound like a great idea, but look at what Monishika Gupta is doing.

A specialist dental surgeon, Monishika is set to join the Stanford Graduate School of Business. But why would an established medical practitioner want to go back to school? During her practice, she realised that in order to make healthcare easy and accessible to all, the use of technology was important.

Two years ago, she joined an exciting AI-led revolution in medicine at Viz.ai, a Silicon Valley-based startup, backed by the likes of Eric Schmidt. The startup works with top Indian and global hospitals and has secured the first FDA approval ever for saving patients suffering from stroke using AI.

Monishika, who was leading the India operations, has taken the next step to pursue a business education at Stanford and take her dream of making healthcare in India smooth for all. Perhaps, by the time she has graduated, she would already be working on her own startup.

HerStory caught up with Monishika while she was in Bengaluru recently to know more about her work and passion.

Excerpts from the conversation.

HerStory: Not many people give up an established career and reinvent themselves. What made you do that?

Monishika Gupta: I come from a family of over 25 doctors. Talks about medicines and surgery and white coats naturally permeated my childhood (I grew up in Delhi) and I always wanted to be a doctor.

I went to Mumbai for my BDS degree. After that, I came back and practiced as a resident at AIIMS and various government hospitals and private institutions also. Then followed it up with a post-grad. And all this while I realised that the system was fundamentally broken.

Although I did my best to stay at the top of the curve in terms of getting the top 10 dentist award in India, being the first to train internationally for aesthetic dentistry in the US, but still I realised that to solve the fragmented system that exists here, technology was the only way forward.

For example, my first day at AIIMS, there were patients waiting outside on the footpaths just for their turn to be seen by a specialist. Some of them had travelled from far just waiting for their turn. And inside, you had patients who were rummaging through yellow, pink, and white sheets of paper, figuring out who their consultant was, what the prescription was, and clueless about what the next steps were, only to get just five minutes from the doctor because of the high volume and workload.

And that’s when I realised somebody needed to solve it and technology was the only way we could connect the system and cause a mass impact. So I started reaching out to the people. I went to Silicon Valley to see who all were doing interesting things, applying technology to solve large healthcare problems. And that’s how I met Chris (Co-founder of Viz.ai), who’s a neurosurgeon, and he’s a Stanford MBA, and I was very interested when he told me about how he was applying Artificial Intelligence to track strokes in patients. I joined them as their India head.

HS: It must have been an exciting journey considering you had to face so many challenges?

MG: Yes, so the problem with India is there’s a very low willingness to pay for technology. And second, when a woman comes to sell it to you, it doubles up.

India was a very interesting story because I started off with a lot of enthusiasm, but we face so much scepticism. I used to wait for hours outside medical directors' offices just to get 10 minutes of their time so that I could pitch my product. Even when I used to tell them what this technology is about, they just did not understand and that’s when I realised that to win credibility I need to get more personal introductions.

The second factor that was challenging was that people are not used to dealing with the combination of women and technology. As a doctor, I never realised this. On the business side, there’s so much difference and that’s when I told myself I’m not stepping back.

So I reached out to my network of over 250 doctors and got introductions and pitched my product, built models where I showed them that our technology could be both time-saving and revenue-generating. The radiologists I hired became my best allies, you know. They told me the tricks and trades of these hospitals, what the systems were, so much so that I was able to crack big partnerships with hospitals.

HS: Dentists earn huge sums of money. You’ve given up all of that and you’re doing this, which is risky and uncertain.

MG: So interestingly, when my family got to know about it, they pushed back. It came as a rude shock to my big family of doctors, who imagined me in a nice clinic in the US or the UK. They wanted me to have kids and settle down, you know.

While here I was choosing a path which was uncertain. But I was quite clear on my path ahead and I was confident that they will catch up to my thinking someday because you know they’ve been genuine throughout. Not only my parents, for my professors too, it came as a big shock.

But my husband’s been super supportive. He encourages me to take higher challenges and bigger roles. He gifted me Sheryl Sandberg’s book Lean In. That’s how excited he is and super supportive in terms of women being in the forefront, unlike a lot other men.

HS: And personally how do you think that transition has helped you? What new learnings?

MG: I’ve learned that you cannot please everyone, you have to have very high conviction, and when you’re going on a high-risk path to cause a very high impact, it’s just very important to stay focused till such time where you achieve your ambition.

I encourage all the other women also because we have this pressure in India, it’s a cultural thing that you’re supposed to have kids and all, you’re supposed to be in a 9 to 5 job, and you have to cook and all of that. That’s how it is, but just going down this route has given me more and more encouragement to take up bigger challenges like how I applied to Stanford for my next path.

And everyone around me is so proud. I never thought they’d have the same mindset. Seeing my journey, everybody now realises what place I come from, and so I have been able to shape the thinking of so many people around me through actions and not just by talking, which is the best way. It’s just that you need to be determined.