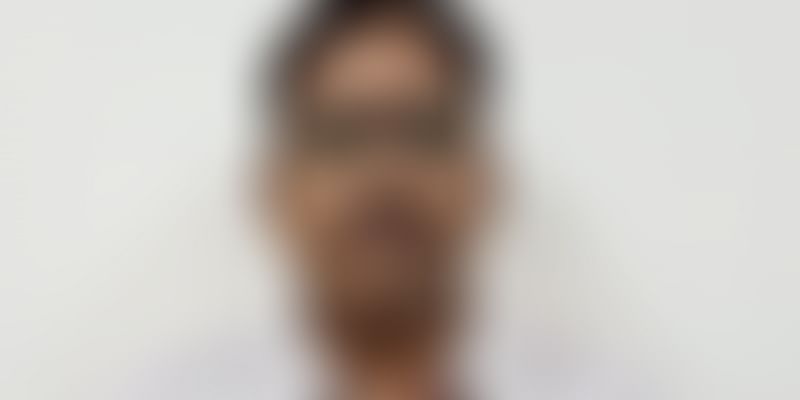 The IISc-incubated startup has reached $1.5 million in revenue and has a run rate of $8.5 million for FY19. It will have its chip ready in 18 months and is currently raising money.

What do they solve: Create IP for faster communication for 4G and 5G networks

Sondur Lakshmipati is no ordinary person. Over the last thirty years, he has 25 patents granted in networking and signal processing technology, and he has worked in the army, as a scientist at IISc, and at Intel.

In 2009, he had a rush of patriotism as India was buying foreign equipment for bay station technology, and did not own any IP in modern communications technologies. Sondur was right to think about this opportunity because as per data available with the Telecom Equipment Manufacturers Association of India, the nation spends Rs 45,ooo crore on imported telecom gear.

After three years of research, he started his company Mymo Wireless Technologies in 2012, with an intention of creating original IP in 4G and 5G technologies.

The strategy to build India's first 5G chipset began with Madhan Babu Sondur, Lakshmipati’s son, a 33-year-old engineer, in 2016. Madhan believes in India’s product story and wants to be as big as Qualcomm. His ambitions too are large, and he has a plan to make Mymo achieve it.

“We have the knowledge to build our own brand. Instead of white labeling our services we want to stamp our name on the chip and tell the world that this is a made in India brand and ensure that foreign telecom players pay us for its technological value,” says Madhan Babu, CEO of Mymo Wireless.

Lakshmipati gave the reigns of running the company to his son because he believed he could continue as the Chief Technology Officer and build a product story with his son creating an ecosystem to build India's first 5G chipset. Madhan himself has finished an MSc in Embedded Systems from Manipal University and believes that creating a product story for the company would be more profitable in the long run rather than be an IP-led service company.

So far, the company offers a complete solution on air-interface and protocol-stack for LTE User Equipment with customisation support for IoT, M2M, and high-speed dongle markets. Its main focus is to deliver state-of-the-art solutions including Long Term Evolution (LTE) based Narrow Band Internet of Things (NB-IoT) Integrated Circuits to customers in different segments of LTE telecom industry.

What does all this technical jargon mean? To simply put it, the company's IP enables carriers to serve their customers faster and internet users can get faster services thanks to speeds of more than 20mbps.

After years of R&D and surviving on IP led technology services for foreign companies the company now wants to build its own chipset.

“Early in our journey, we went to global telecom infrastructure companies and told them we could build high-speed Cat 4 UE modems for different industries ranging defence to civil aviation,” says Madhan Babu. In other words, he is saying he was looking to build technology that makes data transfers faster for the industry.

“We learnt everything about bay stations and licensed out IP to telecom infrastructure companies. The good thing is we were right from the beginning,” says Madhan.

In four years, the company reached $1.5 million in revenues. But Madhan, who was CEO of the company, wanted to own the IP and partake in the global device revolution, and rightly so, because of the proliferation devices. Here is why.

Two markets will drive overall growth in device shipments in 2018. First is the mobile phone market, led by the high-end smartphone segment. Second is the premium ultramobile market, where thin and light Apple and Microsoft Windows 10 devices are stimulating higher demand.

"Consumers have many technologies to choose from, posing two main challenges for vendors. The first is to compete for a wallet share, given how many devices consumers own. The second is to deliver value and maintain relevance — to offer the right device to the right audience," says Ranjit Atwal, research director at Gartner. "We will see more buyers focusing on value, rather than just price, and therefore considering higher-priced devices," he says.

“If you look at this play, there is not one Indian company that has become successful in building a chip. However, my company intends to change that. We have the skill set to build it and provide it to all the device manufacturers across the world,” says Madhan.

Its previous business model involved Mymo receiving a royalty for the white labelled infrastructure tech that they provided. With this foray into chips for mobile devices, the company intends to make money on the brand. “However, to grow we need to raise money and so far we have funded ourselves and have grown with internal cash generation,” says Madhan. The Mymo chip will be out in the market in 18 months.

“There have been some great ideas coming from the IISc. The question is, will Indian tech scale up? It is important for these businesses to be supported by the Indian VC ecosystem,” says C S Murali, Chairman of the IISc-Society for Innovation and Development.

If Madhan has to reach Rs 100 crore in revenues, he needs at least $5 million to get the chipsets manufactured. He needs to embed those chips in at least 5 million devices and sell at $2 per chip to come close to Rs 100 crore.

In India, Qualcomm has invested $43.3 million in Hyderabad-based local chipset manufacturer Ineda Systems. If smartphone consumption is only going to grow, in India, then companies like Mymo need the support. Madhan had also planned to win over the defence industry if the consumer side of the business did not support him. However, Mymo’s journey to be a $100 million dollar business has a barrier, it has to win over venture capital industry to expand operations globally and employ bright minds to build its 5G chip.

But, Madhan believes he can do it with his team of 65, only time will tell if India will have its own 5G product company.