With Rs 35 cr in disbursals, bootstrapped startup Lendbox is creating a new asset class for investors 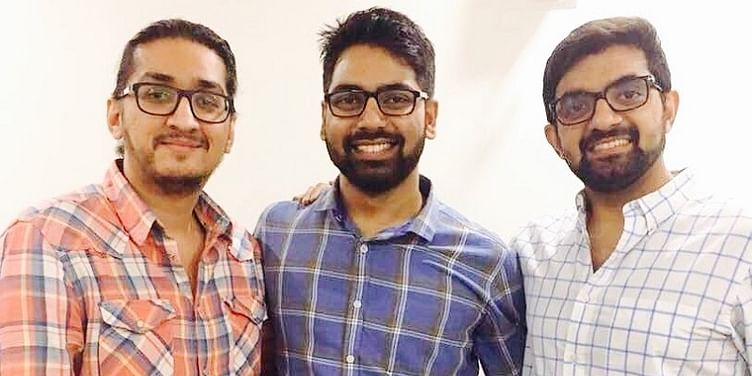 Delhi-based Lendbox, which gives an average return of 18 percent and connects investors to borrowers, plans to launch express loans and reach half a million users by the end of this fiscal year.

Where it is based: Delhi

The problem it solves: Connects borrowers and lenders on the same platform, facilitating loans

The Indian peer-to-peer lending market is estimated to be worth $5 billion by 2023, according to industry estimates. With newer directions issued by the central bank last October, and peer-to-peer (P2P) lenders coming together to form their own association, the P2P market seems to be hotting up.

And interest seems heightened from international markets, too.

However, this wasn’t the reason for Ekmeet Singh to start P2P lending platform Lendbox. His initial knowledge about the sector was limited, considering the lack of regulations.

The idea to start up came to this serial entrepreneur in the summer of 2015, when one of his dad’s friends took voluntary retirement. As a part of the move, he received close to Rs 30-40 lakh, which he invested in open markets, getting a return of close to 18 percent.

This pushed Ekmeet to consider the lucrativeness and potential of P2P platforms. He says,

“When compared to other institutions, returns given by banks stand at a meagre seven to eight percent. Further, the process of taking loans from these institutions is inconvenient, with open markets having a mediator who knows both parties, thereby creating a certain sense of trust. So, we thought why not make technology the mediator?”

Like most lending startups, Lendbox wanted to give loans to the underserved market, a space traditional banks usually tend to ignore.

Thus, with a vague idea in place, the entrepreneur dug deeper.

“We realised that if one works for a well-known multinational, it was easier to get loans, while there was a huge gap left where employees of 50 million SMEs aren’t served. Also, loans from traditional banks depended 80 percent on the CIBIL score, but the credit bureau penetration remains at 5-7 percent, as opposed to the notion of 25 percent,” Ekmeet explains.

Getting together the A-team

Ekmeet was joined by Bhuvan Rustagi (who is the Chief Operating Officer) and Jatin Malwal (the Chief Technology Officer of the startup).

Jatin was earlier a part of the product team at Snapdeal, looking at the seller part of the business. He quit and started Playselfie, an app like Instagram for selfies. The company was incubated with GSF Accelerator. Ekmeet, who was then a part of the venture development team at GSF, met Jatin.

Ekmeet and Bhuvan were roommates at Spain’s IE Business School. Bhuvan then moved to working with Alvarez & Marsal in Mumbai, before taking the plunge into the world of entrepreneurship.

The team finally launched their platform in November of 2015.

Delhi-based Lendbox is a democratic P2P platform that connects borrowers with investors.

Basing only 20 percent of its risk assessment engine on the CIBIL score, the platform assesses a borrower’s credit-worthiness based on their social, professional, behavioural analysis, including their salary expenditure trends and limits on credit card. The founders claim that the platform takes close to 130 data points into consideration before deciding on a suitable interest rate.

The borrowers are then classified between A1 (A2 and A3) and B3, with the rate of interest ranging from 12 to 36 percent.

Ekmeet says that close to 85 percent of loan requests are denied by the platform, and only 20 percent of their total users are from Tier II towns and cities.

The platform is completely bootstrapped, with the initial capital put in by the founders.

The art of investing

The founders state that they have democratised the platform by allowing both borrowers and lenders to send proposals and expectations of the loan amount and the interest. Both the parties can ratify and accept these conditions.

The integrated recommendation engine then finds (recommends) the right match for the borrower and lender. On an average, investors on the platform put not more than Rs 20,000 in a loan. Further, to hedge the risk of investment, a borrower’s loan amount is filled by smaller amounts from multiple lenders on the platform.

According to the new guidelines for P2P lending by RBI, the exposure of a single lender to the same borrower, across all P2Ps, should not exceed Rs 50,000 on the platform.

The founders state that the average rate of return for investors is close to 18 percent.

Unlike banks, Lendbox promotes pre-closure of loans and doesn’t have any lock-ins for its users.

The company also has developed an automated cash management system on top of YES Bank’s, which collects the EMIs or disburses the loans from borrowers to investors and vice versa without any manual intervention.

Three percent of the company’s total loan book is written off as NPAs.

The company also has EMI protection insurance plans on its platform, where the insurance company pays the EMI on behalf of the customer in the case of a medical emergency or loss of job. This is covered for a maximum repayment of only four to five EMIs.

With commission-based revenues, the platform charges a processing fees of two to six percent from the borrower, depending on the rate of interest. Ekmeet says that the average commission made on a loan comes to three percent.

While the platform was free for investors for the first two years, the firm started charging them 0.5 percent of the total fund they would like to invest through the platform. This is charged at the time of registration.

Since November 2015, the platform claims to have seen close to 17,000 transactions on the platform, with a total disbursement of Rs 35 crore until now.

Further, on a monthly basis, the firm disburses close to Rs 2 crore worth of loans.

Growing at a monthly basis of 18 percent, the company sees close to 10,000 registrations every month, of which 1,500 are investors or lenders.

The platform gives loans ranging from Rs 25,000, all the way to Rs 5 lakh, spread over a tenure of three to 36 months. However, the average request of these loans stands at Rs 2 lakh, with an average tenure of 18 months.

The lenders invest on an average close to Rs 1 lakh through the platform.

What’s on the cards?

“While today our focus is on the underserved sector, we are in the future looking to move to a system for urgent loans, where we can disburse loans with small ticket sizes in two hours.”

According to the founders, this product will be capped at a ticket size of Rs 1 lakh with a tenure of three to six months.

This fiscal, the company is also looking to launch another ultra short-term project where consumers can borrow loans with ticket sizes of less than Rs 40,000 completely from their smartphones. Called LendBox Express, these will be for a tenure of one to three months.

The platform also aims to take the loan agreement process to the blockchain.

LendBox aims to grow by five times, every fiscal. By the end of this fiscal year, the firm is looking to reach half a million users while disbursing close to Rs 10 crore in loans every month.

Further, the company is focusing on ramping up its loan acceptance numbers by giving small-ticket loans to individuals and allowing them to build their own credit history.

The platform faces tough competition from Bengaluru-based Finzy, which recently raised $1.3 million as part of its first round of pre-Series A. Other competitors in the space include, Faircent, i2iFunding, and i-lend.in.

This year, India’s peer-to peer lending companies came together to form the Association of P2P Lending Platforms, which Lendbox is a part of. Being a representative of the P2P lending industry, the association is expected to work in conjunction with the government and regulatory authorities on matters of compliance.