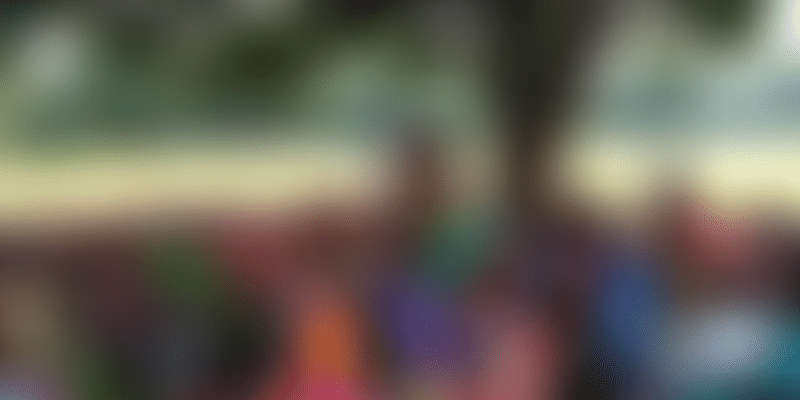 Nari Adalat (women’s court), an alternative justice system for women which is based on a strong understanding of gender justice, comes as a ray of hope for wronged women.

What does it take to bring about change in society? Taking law into your own hands?

Well, sometimes it helps to do that, as these feisty women of Parvi village of Kanker district in Chhattisgarh discovered.

When Parvati (name changed to protect identity), a sprightly woman from their village returned to her parents home as a shadow of her former self, the women were very angry. Parvati was always happy and bubbly, but since she came back to her parents' home, she was down and depressed and had lost all interest in life. For the village women, it was the last straw.

Long used to living as second-class citizens in their own country and subjected to violence and abuse of all kinds, the women had had enough.

They decided to call a meeting. Anyone crossing the path would have assumed that they had gathered to sing bhajans and pray. But this meeting was more like an answer to a wronged woman’s prayer.

Parvati, a widow, was being harassed by a drunk neighbour in her in-laws’ village pestering her to leave her home and children and live with him. The fact that he was already married did not matter to him.

Self-help is the best help

The group of women, who are part of Self Help Groups (SHGs), came under the banner of Nari Adalat (women’s court), an alternative justice system for women which is based on a strong understanding of gender justice. It is set up and run by women with experience of working on gender issues.

About 50 women from the Nari Adalat decided to march to Parvati’s in-laws home, which is 15 kilometers away.

They hired vehicles by pooling their own money and set out to deliver justice. The fact that women from poor marginalised households were using their own money for a cause not directly related to their lives, should not be lost in this narrative.

Parvati’s father-in-law, who happened to be the Patel (social headman) of the village, did not appreciate the fact that the women were negotiating this matter. He and the other men of the village insisted that such matters are taken up by ‘syaan’, the elder men in the family.

The women, however, pushed on the issue and after two rounds of negotiations, Parvati was able to go back to her marital home.

The women of the SHGs reprimanded the abuser and cautioned her in-laws. They said in case Parvati was harassed again, they would take the matter to the police and also to the Gond Samaaj (cultural body of the Gond tribal community).

There are 2.3 million women who are separated or abandoned in India. The stigma that is associated with abandonment often forces the women to live secluded and depressed lives. This phenomenon is even more pronounced in rural India where abandoned women are often seen as a bad omen and discouraged from attending any social ceremonies.

Other SHGs have also resolved several instances of domestic violence in their respective villages in Kanker and in many cases have given constant emotional support where reconciliation or resolution seemed a long drawn out process.

Building on these experiences, Mahila Shakti Sangathan, Bhanupratappur - the block-level federation of SHGs promoted under auspices of DAY-NRLM and BIHAN, Chhattisgarh by CSO PRADAN in the Bhanupratapur block in Kanker district has initiated Nari Adalat to look into issues of violence against women and redress them.

Cases taken up by the Nari Adalat include denial of rights and opportunities, for example, related to property, maintenance, custody of children, recognition of marriage, and of course, many cases relate to violence faced by women.

Often, the police are reluctant to take up domestic violence issues and the women fail to get justice. In such cases, the Nari Adalat is welcomed by the administration. The women get training in basic constitutional rights and are even given basic training in the delivery of justice.

As the SHGs matured, these collectives now recognised their own strength as new skills, access to information and a sense of woman to woman solidarity have given them the confidence to tackle issues confronting rural women.

The women have been running the Nari Adalat for the past four months and have solved five cases so far delivering justice for the women. Besides this, they have also taken out rallies against domestic violence.

Issues related to women’s health like menstrual health are also taken up by the women of Nari Adalat. Recently, a poor woman was diagnosed with cancer so all the women in the SHG raised money for her treatment.

The news of rural women speaking up for their rights spread across the district and was covered in local media. While this is just the start of a long and arduous journey for women in these remote villages of Kanker district in Chhattisgarh, the seeds of change have been sown. By taking up the cause of gender justice, these women are showing change is possible.