Hailing from Farrukhabad district in Uttar Pradesh, Seenu Kumari has developed an underwear with inbuilt lock, camera, and GPS to not only prevent rape, but also help catch the rapists

In India, while one rape case is reported every 15 minutes, we can only imagine how many unreported rape incidents take place in the country.

Women in India, from both urban and rural areas, labour under the constant threat of sexual assault and rape. Though several cases have highlighted the severity of the issue, and got the governments to look up and take notice, on the ground, women's safety is still far from reality.

This crippling fear for one’s own safety, and its impact on women’s lives and dreams, prompted 20-year-old Seenu Kumari from rural Uttar Pradesh to devise a ‘rape-proof’ underwear that, she says, will not only prevent rape but also help catch the rapists.

“While I was in school and inter-college, the reported incidents of rape, especially those of minors and infants, really disturbed me. What troubled me more was the growing fear in the minds of our families. This fear directly impacted our lives. I felt the urge to come up with a solution. Fear was supposed to be instilled in the minds of criminals, not of the innocent,” says Seenu.

The young college student’s routine long-distance commute to her university inspired her to come up with a solution that would make women feel safe while traveling alone. Her aim, she says, is to ensure that a woman’s education does not get disrupted due to the fear of harassment.

Born into a poor family of farmers in a remote village called Nagalasadal in Farrukhabad district, Seenu did not have many opportunities to pursue higher education. Her village did not have facilities for either a high school or college, due to which many girls from Nagalasadal dropped out in Class VIII itself. Very few pursued higher studies.

The reason, Seenu explains, is not just the lack of facilities. “Colleges and coaching classes are also not there. People are very scared about the safety of women. So, they are compelled to discontinue their education beyond a certain point, since families are also not very keen on letting the girls travel outside the village.”

But Seenu’s parents understood the importance of education and supported her determination to pursue it outside her village. Having completed her high school, Seenu would travel 50 km daily to attend coaching classes in Maintary district.

“My neighbourhood is not a great place. People are not very broad minded, and they do not take the empowerment of women too seriously. Given that girls from our village cannot travel alone, eventually my father had to rent a room in Maintary,” she recalls.

The streets in Nagalasadal are completely deserted in the afternoon and late evenings. Travelling alone, therefore, is a problem for girls, who are teased, cat-called and ridiculed. They either have to be accompanied by a male or travel in groups of 10 or 12 to be safe.

Taking stock of her situation and of those like her, Seenu decided to develop a prototype of a 'rape-proof' underwear.

The underwear is equipped with a camera and a GPS. An emergency calling button has also been installed in it. The installed GPS will help in alerting the police officers and the family about the girl’s location, and a call can easily be made with just one click. The underwear will have a combination lock, which will only unlock with the set passcode.

“I have put a smart lock that won't open till you key in the password. I have also installed an electronic device that is equipped with a GPS and calling facility. When somebody tries to molest a woman, this device will send out messages to her relatives and also to the police. The cop would be able to arrive at the crime scene following the GPS and foil the rape attempt,” she adds.

“The product is not for everyday use, but can be worn while women are traveling alone, or feel unsafe in a certain surrounding,” Seenu stresses.

In most cases, the rapists are not identified and, thus, not get arrested. However, Seenu says, the camera installed in the underwear will help in the identification of the rapist.

“Once girls start using this product, and some people harassing them get caught, there is a good chance others will fear committing such heinous crimes. Besides, once the safety of girls are ensured, their families will also not impose so many restrictions on them,” she says.

Presently, her prototype for the device has been sent for patenting to Ahmedabad’s National Innovation Foundation.

“When I shared the idea with people, they did not take me seriously and questioned the feasibility of a concept like this. So I traveled 200 km to Noida to get the required materials. Since I did not have enough money, I had to settle for materials of a slightly lower quality,” the BSc student, studying at Shri Purushottam Singh Inter College, says.

With her family’s support, Seenu built the prototype and spent less than Rs 5,000 to create the underwear. Once she showed the device, the people in her village were convinced, and she received positive feedback from the chachis and the bhabhis.

Seenu realises that she has not been able to use the best quality products for her prototype - the lock and GPS tracker can be made more compact, which would make the product lighter. Besides, better quality material could also be used to make it more comfortable to wear.

“The rape-proof underwear that I have made is just a prototype. I have used cheaper products in this as I had limited resources. This is why the clothes I have used in the prototype are substandard, the digital lock is bulky, the devices look a little out of place, and the recorder is also dangling out. When it is produced in the factories, it will come in different sizes and look like the regular panties sold in the market,” she says.

Seenu ensures that a malfunction of the device is not a possibility, since the cloth material is bulletproof, and cannot even be ripped using a knife, nor does it cause any rashes. However, she is currently crowdfunding to create a better prototype that is lighter, while continuing further research to make it market-ready at an affordable price.

Seenu has also received praise from Union Minister for Women and Child Development Maneka Gandhi, who has ensured her support.

“I envision an India where women's safety is not dependent on so many other things. It is a basic human right, and there should be no reason we must fight for it this way. People must fear they will be caught on camera even if they attempt such a heinous crime. And this could really help us curb the crime,” she concludes. 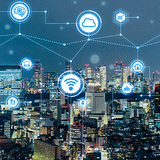 People are awesome, circumstances may not always be: 12 amazing people and learnings via virtual events