Building a startup is like raising a child - one must cherish the journey, says Girish Mathrubootham

For any startup that harbours long-term ambitions, surviving the first year of operations and coming out unscathed is the key. The first year brings with it self-doubts, human resource challenges, issues with co-founders if there are multiple partners, financial crunches, and market challenges. Tiding over these difficulties and surviving to tell the story by making it to the second year takes guts and perseverance, and only a few are blessed with it. YourStory is happy to present a new series of articles as part of the series Survival Instinct; these track how leading startups battled the demons and survived the first year of their operations. Today we bring to you Freshdesk.

In its first year of operations, product startup Freshworks focused on re-prioritising its feature set for the ideal product-market fit, and providing value at a competitive price.

Girish Mathrubootham knows building a startup is like scaling a mountain. “Being the CEO of a startup is no easy task. There is no fallback; no administrative team, facilities department, finance, accounting section, or HR for payroll processing. You have to jump in and do it all – from recruiting and paying the internet bill to running payroll and making sure there is coffee for employees. You have to take care of everything and – yes – build the product as well,” he says.

Girish did not look at it as a struggle, but as a challenge.

“It is comparable only to raising a child. Seeing your idea grow through the stages of life,” Girish says. These past few years, his ‘child’ has grown well, taking long strides on the path to success.

Freshworks, which began life as Freshdesk in October 2010, has survived the cycles of ecommerce boom and bust, and stands tall as the endgame for every software-as-a-service (SaaS) startup in India.

The homegrown customer engagement software maker offers a suite of products, including Freshchat, Freshcaller, Freshmarketer and Freshteam, designed to help marketers, human resources and support professionals engage with customers. Eight years after he started out, Freshworks caters to more than 150,000 businesses, including big names like Honda, Cisco, Toshiba, Bridgestone, University of Pennsylvania, and Hugo Boss, along with small and medium businesses across the world.

The startup is running at an annual run rate of $100 million, and will, in a few years, prepare for an IPO.

Go after a value proposition

Girish is clearly a bona fide product superstar. The man who credits his childhood for his survival instincts has grown to love his BMWs and Mercs, but has always been one with a vision.

His first job - in February 1999 - was at HCL-Cisco where he lasted 15 months. He found his stride at Zoho, the 17-year-old software maker founded by Sridhar Vembu for small and medium enterprises. As the understudy of Sridhar Vembu, Girish learnt that every product “should start paying from day one, and provide value to its users at a competitive price”.

Girish values his experience at Zoho more than the first funding he received from Accel Partners. “That experience is what helped me build Freshdesk,” he said in an earlier interview.

Watching Zoho disrupt the market made him think: why not go after a value proposition himself?

In 2010, organisations had no way of reacting to customer complaints. Users were venting their ire on social media, but no company had the wherewithal to handle these complaints and convert them into tickets that could be addressed. Girish set up Freshdesk to solve problems like that. Freshworks now handles customer support across all communication platforms, including email, web, and social media.

In a blog Girish wrote in early 2011 on why he resigned from his comfortable, well-paying job and launched his own startup, he says he was surprised “to see that a lot of what customers wanted was their core problems solved, and not some fancy features like supporting customers from their Facebook wall or converting tweets into customer support tickets”.

Girish, like Sridhar Vembu, had to contend with being a “nobody” when he started out - the biggest hurdle that any entrepreneur faces. But, as he has mentioned several times, there are solutions to practically everything. In the early days, he “read a lot” to know more – about product market fit, marketing, and the launch.

Girish tells YourStory that it is the difficult situations that expose the strength and cohesion of the founding team in the first year.

“When it is smooth sailing, there is an uber-coolness associated with being a startup co-founder. It has been glamourised enough. You can gauge the respect the founding team has for each other only when the going gets tough. This determines the success or failure of any startup,” Girish says, refusing to get into the specifics.

Girish and Shan Krishnasamy, Co-founder and CTO, started Freshdesk with six people, and the company was incorporated in the US from India. He spent $1,278 for incorporation in Delaware; they registered the company in the US because he was clear the market for their product was there.

In his blog, Girish lists out several things that a startup must do if they are focused on the US. Like in any trade, lawyer fees comprise a majority of the costs.

Learn from your learnings

Despite his many years of work experience, the first year after starting up brought multiple learnings for Girish and his team.

“An important learning was that customers did not want to be dealing with separate invoices for their helpdesk, their contact management software, for their customer feedback forums, and customer satisfaction surveys. The SMB customer wants one invoice and as much functionality as possible in the customer relationship management solution,” he says.

Girish went on to identify under-served market segments (companies with multi-brand support requirements) and segments that were getting priced out because available solutions were expensive.

“We re-prioritised our feature set to what we thought was the ideal product-market fit for us. This meant that things like Twitter and Facebook integration could wait. But things like multiple support emails or support for SLAs and business hours could not,” he says.

In fact, while working in their first office on the outskirts of Chennai, Girish had his core vision clear: he had to set up a US sales office with a 10-member team. Girish would be up in the wee hours for calls to serve the American market. He had a single person managing customer support in the US, and found that even when in the company of friends or family, his mind was someplace else.

That brought the next important learning: an entrepreneur must be detached from several things and must know how to prioritise.

“It is a great test of mental strength. You have to pick the three or four things that are most important and keep moving on. Switching context between the hundreds of conversations and deciding what to prioritise is something every CEO has to master,” he says.

Getting to the next level meant scaling up, but Freshworks did not have any outside funding and did not apply to any VCs or angels in its first year of operations. They only took funds from family and friends.

On his blog, he wrote, “Our burn rate is quite small currently – around $5K for a six-member team and our entire team is working for around 30-50 percent of their market salary. (I don’t take a salary and we all have generous stock options). We moved in to a swanky new office for a rent of around $160 per month! We may look for some angel/VC funding in the near future and I read up a lot on venture hacks on how to get funded.”

He surmises that only traction gets funding. When Accel found Girish by the end of Freshworks’ first year in 2011, the investors realised that SaaS was going to be a big business.

Accel invested $1 million in Freshworks in December 2011, but nothing prepared them for how Girish and his team scaled up the product.

Freshworks is now valued at a billion dollars and will soon file an IPO. Girish says he’s an optimist and does not like negativity. It is this forward-looking approach that has helped him survive and rival large companies like Salesforce and Zendesk.

Sridhar Vembu, Co-founder of Zoho – Girish’s training ground - says: “It is completely a new world and you need to approach it with an open mind. You cannot keep complaining.”

Girish agrees. “A startup CEO requires a certain degree of mental toughness. There are a thousand things on your plate at all times. You cannot eat or sleep properly with your mind constantly thinking about work,” the man behind Freshworks ends. 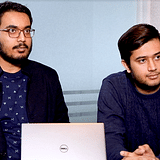