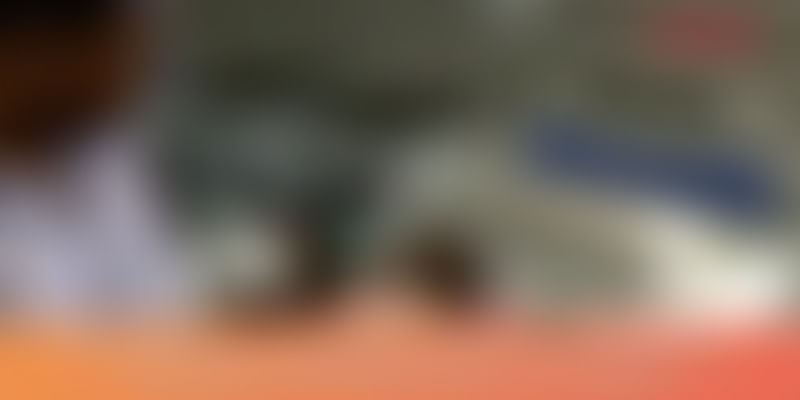 According to UNICEF, globally nearly half of all deaths in children under five, an estimated three million fatalities every year are due to poor nutrition. The Global Nutrition Report for 2017 says that in India, about 38 per cent of children under five are affected by stunting and about 21 per cent of children under five do not weigh enough for their height. Childhood stunting due to lack of proper nutrition can have far-reaching consequences, including impaired cognitive ability, which could affect their performance at school and later on even at work.

The health and overall well-being of every child is an important element to build a strong foundation for a better tomorrow. With this in mind, the Union Government in collaboration with UNICEF has established Nutrition Rehabilitation Centres (NRCs) across the country.

The war against malnutrition

These NRCs are meant to serve as a bridge between hospitals and home care wherein children between the ages of six months and five years, who suffer from acute malnutrition can be treated through intensive and focused feeding and made to gain weight proportionate to their age and height. Additional support is provided in the form of development of emotional and physical stimulation, capacity building of the primary caregivers of the child through sustained counselling and continuous behavioural change activities.

Like other Indian states, even Chhattisgarh was facing challenges in the area of malnutrition. For the Chhattisgarh government, the battle against malnutrition came with the added challenge of having to build these programmes in Naxal-infested regions. Nevertheless, the 79 NRCs across Chhattisgarh have had a significant impact.

According to Sarvajeet Mukherji, the district programme manager (DPM) for the National Health Mission, the NRC in Dantewada is among the best in the Bastar division and has handled critical cases successfully.

What started in 2011 as a 10-bed facility within the premises of the district health centre, has today grown into a 20-bed centre with its own premises next door. Within the NRC, a number of children between the ages of six months and under five years, are lying on hospital beds in a neat and clean room with a colourful mural on the walls. Accompanying them are their parents, mostly mothers, and siblings.

Ditetian Chandrakiran Sinha says that over 90 percent of the children who come to the NRC are brought in by Aanganadi workers. “At the NRC, we screen them and put them into categories. We make them go through an appetite test by feeding them specific items. Based on how they perform in the test, we decide what diet to put them on. For instance, if the child consumes 80 percent of the diet in the test, he or she is directly put on the phase 2 diet, which is more of a catch-up diet and milk-based diet. Children who fail the appetite test are put on a starter diet, which focuses more on milk-based products and also includes cereals such as puffed rice,” she says

The children and a parent, usually the mother, stay at the NRC for a period of two weeks where the child’s diet is monitored and an attempt is made to increase his / her weight by 15 percent. This duration is also utilised to counsel the parents about how to sustain adequate nutrition, going forward. Since the child’s mother has to stay at the NRC, she is also compensated for the wages she would have received in that duration.

“Some cases were so severe that we kept them for a little over a month made them gain more than 15 per cent weight and then sent them home,” says Chandrakiran.

Since the area is also prone to diseases like malaria, when a child is brought to the NRC, the personnel ensure that there are no other medical complications. They test the child for diseases, such as malaria, which the region is prone to. If the test is positive, then the child is referred to a doctor and medication is administered under the doctor’s supervision.

From the time it started in 2011, 1,573 children have been treated at the Dantewada NRC, with nearly 70 percent of success stories where the child’s weight and health improved significantly. Even the year on year figures for malnutrition in the district have come down, from a 39.76 percent in 2015-16 to 35.92 in in 2017-18.

The Chhattisgarh government is on a mission to eradicate malnutrition through programmes that focus on community-based activities and nutrition-based farming such as the Mukhyamantri Suposhan Mission and the Nava Jatan Scheme.

The results of these schemes have been promising, and had a positive impact, so much so that even the Union Government has taken cognisance and appreciated the Chhattisgarh government for its unique approach to improve the health of women and children in every corner of the state.