How can Delhi Government decrease deployment costs of its proposed 1.46 lakh cameras for schools? 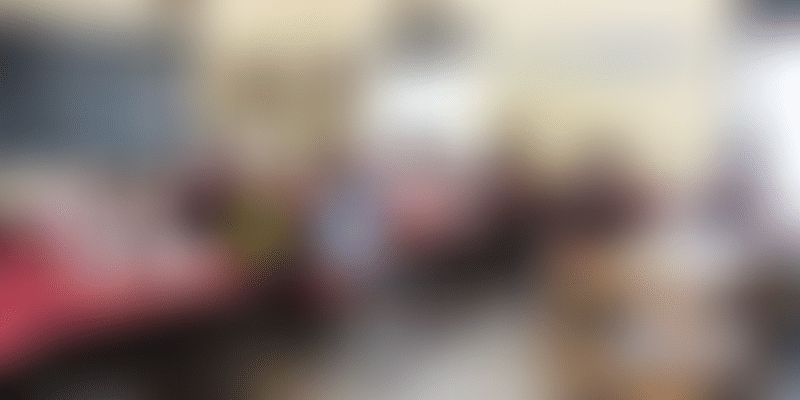 In a landmark decision, Delhi Government has earmarked a record-breaking sum of Rs 13,997 crore from its annual state budget for education. The move has been taken with a vision to transform the national capital’s educational landscape and to create a sense of security amongst school-going children and their parents. Interestingly, the government has also pledged the deployment of 1.46 lakh CCTV cameras across 1,028 schools with an aim to offer a live video feed of children to their parents. So, let us have a look at the key takeaways from the Delhi Government’s education budget this year and how it can benefit by adopting an innovative approach.

This year’s Rs 13,997-crore education budget is 26 percent of the Delhi Government’s overall budget for 2018, a figure that’s even higher than last year’s record of about 23.5 percent. Out of this, the government has allocated an estimated sum of Rs 597.5 crore for surveillance infrastructure-related deployments, with a tentative Rs 384.6 crore earmarked for project execution and Rs 57.7 crore for device maintenance over the next five years. The video feed will also be accessible to school principals on LED screens and the government will facilitate high-speed internet connection to schools for ensuring seamless operations.

The video feed of individual devices will be stored for a minimum period of 30 days. The Delhi Government hasn’t yet finalized how the video feed will be transmitted to parents; however, it is highly likely that a smartphone application will be developed for this purpose.

But as we celebrate the most recent reform, we must also understand that deploying security cameras isn’t synonymous with ensuring security. Then what can be done to make this reform more effective? Advanced security solutions might have an answer.

Before we delve into specifics, let’s first understand the challenges pertaining to surveillance and security. The biggest challenge comes from the very fact that a surveillance device is always dependent on security personnel or a designated authority that has to monitor it. Considering that an incident can take place anytime and anywhere, all of the video feeds need to be constantly and thoroughly monitored by the designated person to ensure the security of the students. Here, we do not have to merely recognize violence, we also have to recognize events leading to it, such as aggressive behaviours or the presence of an unauthorized person on premises.

However, if the security personnel fails to make such an observation, or is unavailable when an incident takes place, the entire surveillance infrastructure proves to be absolutely redundant. This is when every school receives about 142 CCTV cameras on an average, which increases the possibility of such errors and omissions.

We are also well aware that conventional CCTV cameras need to be panned, tilted, or zoomed to achieve the desired vision. If open areas – say gymnasiums, auditorium, or swimming pools – have to be monitored, an average of four CCTV cameras are required to cover a single space of these areas. This is while still leaving blind spots due to a limited field of view of these devices. We, moreover, have an additional, and considerably perilous, challenge vis-à-vis the Delhi deployment. Say we provide the live video feed of a student to his/her guardian. This also opens up an avenue for a person having malicious intent to access information of any other student, which can ultimately be catastrophic if incidents such as abductions, murders, and so on are conducted using it.

But a majority of these issues can be resolved if we adopt a positive approach and deploy advanced surveillance solutions right at the onset. The recent innovations in surveillance and security have enabled us to use state-of-the-art technologies such as Artificial Intelligence on network devices. This can automate a majority of security functions for which the surveillance devices have to be deployed. For instance, when AI is complemented with video analytics on an IP surveillance system, we can automatically identify several use cases, including violence, vandalism, fire hazard, unauthorized access (to risk-prone areas such as swimming pools), and can even recognize an aggressive behaviour.

It can also detect the presence of an unauthorized person on school premises through facial recognition. It can, thereupon, notify the security department or the designated authority along with a video proof of the incident while providing live coverage of that particular area or person. The designated authority can then proactively take the most appropriate action and avoid any further escalation or prevent the same preemptively. This happens for each and every video feed that the surveillance system receives, without errors and omissions that we make ourselves vulnerable to while using conventional CCTV devices.

Using this technology also enables us to singularly provide the real-time video of a child to his/her guardian. This also addresses the issue of risking other students’ security by providing a live video feed to everyone. Also, another major advantage that the Delhi Government can avail is by using sophisticated 180o and 360o cameras along with video dewarping technology. This decreases the number of devices that have to be deployed by a factor of two to four, bringing down the estimated figure of 1.46 lakh cameras to just about 36,500-73,000. This is while eliminating blind spots from the perspective and decreasing overall deployment as well as post-deployment costs, which is achieved by reducing network bandwidth and storage requirements.

These modern surveillance systems can, moreover, be used to develop other education-related functions such as tracking a teacher’s performance or identifying evolved pedagogical training methods to further enhance the learning curve of students.

The possibilities are well and truly limitless for Delhi’s schools in creating a more conducive learning environment for their students. But if we wish to see these changes, now is the most opportune moment for the Delhi Government to do the same.