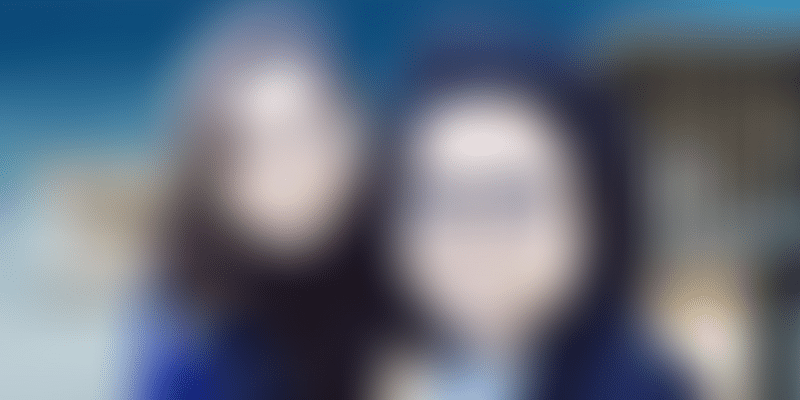 With locations in Ahmedabad and Goa, The Project Cafe doubles up as an art destination that continually experiments with design, performance, and food.

Where it is located: Ahmedabad

Friends Drasty Shah and Ekta Chopra always believed that a cafe should be a combination of food and art. At that point in time, Drasty, a business graduate from Johnson and Wales University, Providence, US, was managing a visual communication agency while Ekta was working as a dental surgeon.

Their venture, The Project Café in Ahmedabad, began as a belief and experiment in collaborations of art, design, performance, and food.

“We are inspired by the thought of living a simple life, of creating a community where we are eager to build a minimal system for a rooted modern audience. The displays complement our art exhibits, creating a unique spatial experience,” Drasty says.

Food has the ability to draw in people from all walks of life. Keeping that thought in mind, the duo invited artists and designers to create spaces. The unique thing about the resultant styling and décor is that everything is also a retail display; everything is for sale. The guests thus get to truly experience the products in their intended contexts.

“We are a platform that brings creators in direct touch with their potential buyers in a way different from regular retail and art spaces,” Drasty says.

One from the ’art

The first Project Cafe was established in Ahmedabad in 2014. Drasty adds that it took over six months to find the right space. The duo pooled in whatever resources and personal savings they had.

The search ended with a very simple 60-year-old three-storeyed building with decent amount of open spaces situated along one of the major roads of the city. The next six months were spent in renovating the entire space while simultaneously beginning the curation process to ensure a synergistic mix of collaborations to create the uniqueness with which the Project Café is now becoming increasingly synonymous.

The initial challenges included streamlining a system of operations based almost entirely upon collaborations; communicating the concept to artists and designers during the meticulous curatorial process; gradually building up a consortium of creative individuals; and articulating themselves to the masses in the simplest of terms.

“These challenges were overcome with single-minded drive, patience, and the willingness to learn on the go. Like all experiments, every stage was carefully recorded, studied, and the lessons learnt and implemented in the next. This is a continuous process at The Project Café,” Drasty says.

The next Project Cafe was set up in Assagao, Goa in a Portuguese villa, which is over a century old. Drasty says this time it took them four months to find the right property, one that matched their needs.

“Once again, the core concept was the same and the curation as meticulous. This time, however, with our reputation of true art patrons we were able to garner collaborations with internationally acclaimed artists like Aradhana Seth and Dayanita Singh,” she says.

A 40-seater cafe, The Project Cafe has one more location in Ahmedabad. From about 50 artist collaborations, the team now claims to be at over 200, both national and international.

“We have had the honour of being associated with internationally reputed institutions like IIM, Ahmedabad; National Institute of Design, Ahmedabad; CEPT University, Ahmedabad, FICCI, Entrepreneurs’ Organisation, and YPO,” Drasty says.

The Project Café revenue is a self-sustaining as well as profit model. It has four major heads, namely- Food, Art, Retail and Experiences. Currently 70 percent of the revenue is generated by F&B and Catering while 30 percent is generated by the rest.

“We target to soon achieve a 60-40 equation in this regard. The Project Café Studio, an art and design consultancy consortium, is an ancillary revenue generation venture that we plan to soon establish in earnest,” Drasty says. Serving continental cuisine, the average price for a meal for two at The Project Cafe is between Rs 500 and Rs 600.

According to a ResearchAndMarkets report, the packaged coffee and cafes market in India is set to grow year-on-year at 20 percent over the next five years. According to a Grant Thornton and FICCI report, of these, fast-food joints have the largest market share - close to 45 per cent – and are growing at 16.6 percent, year-on-year.

Located in Ahmedabad and Goa, The Project Cafe aims to scale their business to open more such stores globally.

“Additionally, we plan to streamline and strengthen the footprint of The Project Café Studio as a comprehensive art and design consultancy with the pooled resources of our consortium of over 200 collaborating artists and designers. Apart from this, being artistic and creative spirits we are open to promising experiments and serendipitous innovations,” Drasty ends.