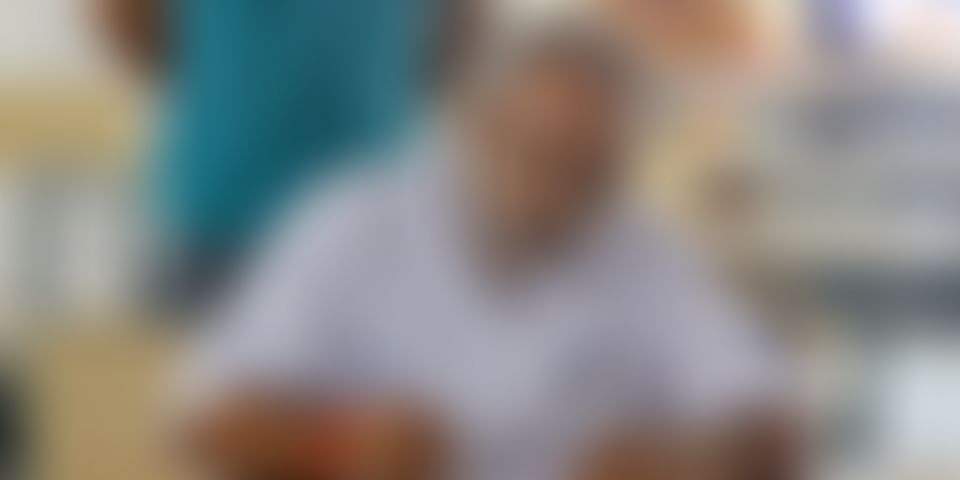 Phool Singh Meena, 55, BJP's Member of Legislative Assembly from Udaipur rural in Rajasthan, is back to school after nearly 40 years. Inspired by his daughters, he resumed studies and has just appeared for his first year BA exams.

A school dropout, the politician wanted to take up studies after he felt his talks at schools were sounding hollow due to his lack of knowledge. The MLA, who had earlier studied till Class VII, however, made up his mind to get back to studies only after being encouraged by his five daughters.

Meena says he gave up his studies as his father, who was in the army, passed away very early and he had to take up farming to care for the family.

“My daughters told me education was important as I have to interact with many officials and leaders. But I was unsure considering my age,” says Meena. He told Hindustan Times:

“I used to tell people about the importance of education, but I was myself not educated. My conscience pricked me and so I decided to resume studies.”

His daughter Deepika says: "My father works very diligently. After clearing class 10 and 12, he is doing his graduation now. We are very proud of him.”

As Meena does not get free time to attend classes due to his busy work schedule, his teacher, Sanjay Lunawat, a principal from the government senior secondary school at Manvakheda near Udaipur, helps the MLA by providing him study material. He says:

“I teach him while we are traveling in his constituency. I make audio lessons and send them on WhatsApp, and he listens to them when he travels.”

The MLA is a dedicated and humble student, he says. He is also very committed. Even after resuming studies so late, he does not fail to appear for exams despite his busy schedule, says Lunawat.

And the MLA says will not stop here. He plans to pursue further studies and do his post-graduation, and then PhD.