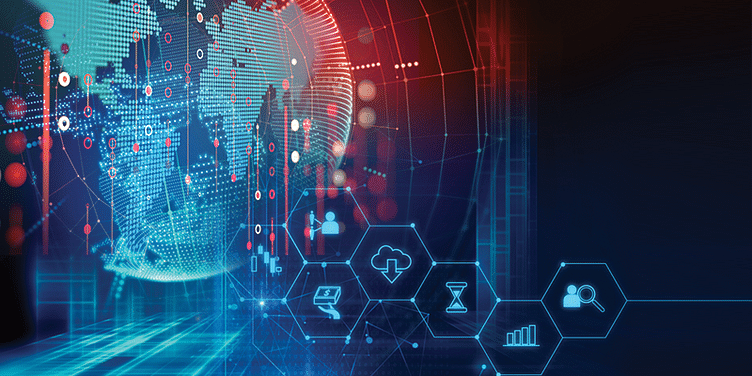 From Kashmir to Kanyakumari, and Gujarat to Assam, fintechs, the new and trendy financial companies, have become darlings of investment angels. The odds of the fabulous and trendy fintechs beating banks are narrowing by the day.

The fintech threat to the banking industry is no longer a headline. It is close to an accord. China is one of the clearest examples: Tencent and Ant Financial absorbed huge chunks of the payments market which was overwhelmed with big banks and their spaghetti-like Information Technology infrastructure. But fintechs are a new league of competition in the making. Also, in Europe, fintech payment company Adyen and Germany’s fourth-largest bank Commerzbank had identical market capitalisations, just a shade under €12 billion. Can this possibly be explained, and is it even justified to compare industry leaders and experienced players with the new and trendy? Yes, it is!

Consider this from the following perspectives:

Augmenting and bolstering the differential is the technology that fortifies and underlies a bank and a fintech. For any fintech, clean, effective, and efficient financial services technology is crucial as it helps to keep costs down. It is the foundation for cheap customer acquisition (10-50 percent that of a traditional business), the underlying asset of the fintech, and the core engine and driving force for the business’s operations and successful financial product offering. Big, legacy, brick-and-mortar banks, which have grown over decades through acquisition, generally operate a confused and complicated ‘spaghetti system’ of information technology, which can be unreliable, costly to maintain, and most importantly, time-consuming to update in the constantly current and dynamic financial services world.

Fintechs, if built on a solid foundation and without any shortcuts, are generally fast-growth companies. This is because based on the research provided by payments group Worldpay, non-cash transactions, i.e., digital transactions, are expanding at an annual rate of 11 percent worldwide.

Tight monetary liquidity, reduced CapEx circulation, and previous as well as current financial crises have produced regulation which has forced a lot of banks to bolster equity capital buffers. At the same time, the underlying interest rates on all categories of loans – whether for consumption purposes or income generation purposes – have squeezed margins on their core lending operations. Small and micro-loans customer banking, historically proven to be an unglamorous business in which banks have shown limited to no interest, is low-risk if the recovery backend is monitored well, thus making it capital-light.

It is also easily, cheaply, and highly scalable, since this sector of small and micro-loans is underbanked in the lending side. Further, with JAM Yojna (Jan Dhan Bank Account – Aadhar Card – Mobile) introduced by the current government, the leverage provided to fintech to serve this underbanked population is huge.

The first wave of high valuations in the banking ecosystem was started by HDFC Bank, which still trades at five times the book value. On this wave rode banking players like Kotak Bank, IndusInd Bank, Bandhan Bank, and RBL Bank – all these banks trade between three to five times the price-book. Hence, HDFC became the benchmark valuer for any bank looking for valuation. This wave then entered the non-banking finance company space, wherein Bajaj Finserv took the pole position (it still trades at six times the book value). On this wave of valuation, HDFC, Bajaj Finance, Edelweiss, and Bharat Financial rode the wave, and all of these trade at about six to eight times the book. Hence, Bajaj Finserv become the benchmark for any non-banking financial company to be valued.

Now, this wave of valuation is entering the fintech zone, with existing valuations running high. The minimum valuations are likely to be 12-16 times the book and companies have started entering the zone.

This is a paradigm shift for the existing banking industry and their lending and financial services models. But, at the same time, it is also the evolution of something we have been doing for many years. It is about finding a new way to support customers in a way which increases their assets – to make their income generation grow and find ways to make their data work for them rather than against them, by providing financial services solutions which satisfy the growing entrepreneurial spirit in the lending sector.

For too long, banking technology and financial services offerings have been seen as the benchmark and underdog in the battle for customers, both online and analogue. Now, though, we believe we have what it takes to redesign, rejuvenate, and refresh banking and to bring about the next stage of this industry’s evolution.

There are definitely many elements to a fintech. People often confuse digitization and true fintech, but there is a grain of truth in the reactionary view associated with the sector. It will be a steep climb for any bank to complete the crucial evolution into a “financial technology company” and not just a “digital technology company”. Printing paper instead of written receipts is digitization, installing enterprise resource planning (ERP) and learning management systems (LMS) is digitisation. But for the fintech sector, there is true data analysis, data processing, machine learning, and artificial intelligence, which come together to form a true fintech company.

Fintechs are clearly the future. Place your bets.