For this Bengaluru startup, all roads lead to Mars 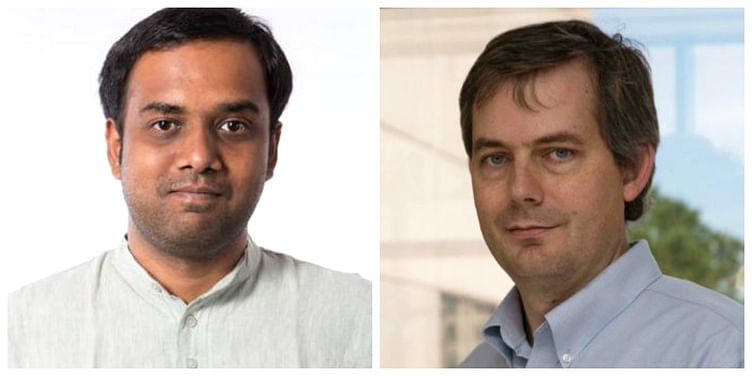 NoPo Nanotechnologies manufactures high quality and affordable carbon nanotubes that are being tested by ISRO for its efficacy as a coating on spacecraft.

Gadhadar Reddy’s ambitious dream of being the first human on Mars led him to research carbon nanotubes to make lighter spacecraft, a journey that culminated in the birth of NoPo Nanotechnologies.

The reaction of his many detractors, who termed it “not possible” became his launch pad, and lent the company its name. “It has been my childhood dream,” Gadhadar says of his quest to someday set foot on the red planet.

“Napoleon Hill’s Think and Grow Rich inspired me to build something by first creating it in the mind and to have an audacious goal with a deadline. I chose a target in an area that was most fascinating – space,” adds the 31-year-old, the brain behind the enterprise, whose larger vision is of a world increasingly dependent on carbon nanotubes.

In his quest to explore the final frontier, Gadhadar collaborated with Robert Kelley Bradley (44) and the duo began operations in Bengaluru in 2011.

Reaching for the stars

“I knew a Mars mission would be expensive, and getting government funding could prove difficult. I realised I had to build a rocket using lightweight, radiation-resistant, strong material to make a safe and large spacecraft. This search led to carbon nanotubes,” Gadhadar says.

NoPo’s carbon nanotubes (CNT) are now being evaluated by the Indian Space Research Organisation (ISRO), which is testing its efficacy as a coating on spacecraft.

“We are producing copious quantities of space-ready carbon nanotubes, which is capable of supporting Super Black Coatings on spacecraft as a high strength structural material. It is also a radiation protection material.”

Gadhadar studied Electrical Engineering in Bengaluru’s BMS College of Engineering which offered nanotechnology as a subject. He enrolled in a Master’s programme in Molecular Sciences and Nanotechnology at Louisiana Tech University.

Here, Gadhadar found that the best process to manufacture CNT was HiPCO (high-pressure carbon monoxide), a technology invented by Nobel laureate Richard Smalley. After he had died in 2007, some of Richard Smalley's work was at a standstill. Gadhadar did not give up, and his search led him to Smalley’s PhD student Robert who worked on the reactors as part of his thesis.

“I got his details from the alumni department of Rice University as he had no online presence. The four-line email was the toughest I had to write but it worked. We spoke over Skype and decided to work together,” Gadhadar recalls.

Carbon Nanotubes are miniscule, and nearly a lakh can be accommodated on a single strand of hair. They are among the strongest materials known to man - stronger than steel. They are also more conductive than copper, and are excellent semiconductors.

CNTs are manufactured with HiPCO technology, where carbon monoxide is processed under high pressure and temperature to produce pure carbon nanotubes.

In the last seven years, the founder duo has successfully developed a new generation of HiPCO reactors, and has improved the technology.

“The first step was the production of high-quality affordable carbon nanotubes. NoPo has achieved this. Now we can focus on enabling applications with partners. In a spacecraft, nanotubes reduce the mass significantly. The high safety factor will allow engineers to use nanotube structures off the shelf, instead of going for specialised parts. This will significantly reduce cost and increase safety,” Gadhadar says.

“It took nearly seven years to fine-tune the technology and reach a point where we are ready to scale,” he adds.

The company has doubled nanotube production roughly every quarter for the past four years. It currently produces 200 grams per month.

Cut above the rest

NoPo’s focus on purity of nanotubes and its diameter sets it apart from competitors. It excels in smaller diameter nanotubes (~0.6-1.2 nm), which is half the smallest size produced by competitors such as OCSIAL (Russia, Germany), Raymor (Canada), Showa Denko and Meijo eDIPS (Japan).

“NoPo’s process is currently the only continuous technique for producing carbon nanotubes, which gives us an unparalleled consistency,” adds Gadhadar. For the Super Black Coatings being developed with ISRO, NoPo’s biggest competitor is Israel’s Acktar for its range of surface coatings.

“Customers have said short lead time and cost are the two factors why they would buy from us. We are still performing space qualification tests on the coatings,” says Gadhadar.

Currently, NoPo’s customers are researchers at universities, space agencies, and amateur scientists. The company charges them on unit sales of the material. The carbon nanotubes are priced between $299-$549 per gram (raw/purified), which goes down to as low as $49-$199 per gram in bulk.

With a series of planned upgrades, they plan to ramp up production to 800 grams per month by the end of the year.

“The current scale has allowed the company to explore Super Black Coatings as a new product targeting satellite and optics companies. We have reached out to companies who have expressed interested in trying it on Star Trackers (something similar to a GPS in space that helps a spacecraft find its precise location by looking at the stars) and Sun Trackers. The USP is the ease of use and cost. If everything goes according to plan, the sales of Super Black Coating should start in the first quarter of 2019 in partnership with a satellite company,” he says.

The startup was angel funded by Gadhadar’s father PC Reddy, who is also the chairman of the company, as well as other family members and friends with $150,000 in 2011. The startup had two paid employees for the first three years. About 97 percent of the funds were invested in equipment and technology.

“Every time we needed someone with particular skills, we’d get them as a consultant or give them the sub-project. This way, we engaged the best people at all times. Ebay has been another excellent place for sourcing cheaper components. It helped each dollar do the work of 10,” Gadhadar says.

In terms of revenues, the company has generated $100,000 in the last two years and expects to break even this financial year.

The startup won the Lockheed Martin - Tata Trusts Indian Innovates Growth Programme 2.0 in 2017, and is the winner of Karnataka government’s Elevate 100 initiative. The funds from the prize were converted into a grant in aid of Rs 25 lakh each (~$75,000).

According to BCC research, for the 2019 period, the global market for various CNT grades is projected to grow at a healthy compound annual growth rate (CAGR) of 33.4 percent, reaching approximately $670.6 million by 2019.

Sky’s not the limit

NoPo’s long-term goal is to enable every human to access space. Currently, they are in talks with French space agency CNES to develop strong carbon nanotube materials for use in future spacecraft, and expect to begin work in September.

“As part of the Elevate 100 grant, we have been working on advanced water filters that are great for space and earth. They help purify wastewater rapidly and make it potable.”