Why is it important to have gender-inclusive city planning? 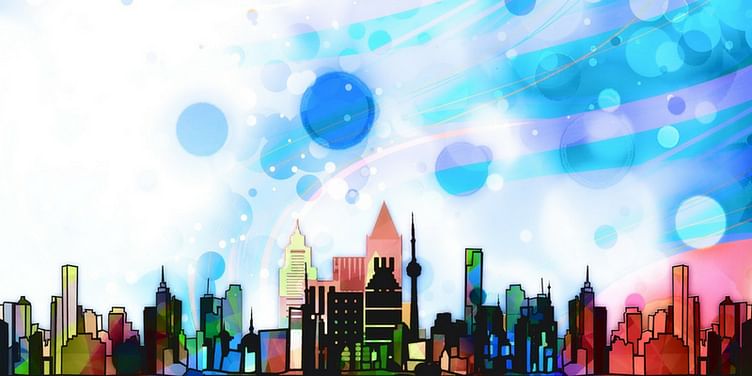 By 2050, two-thirds of the world’s population will live in cities. Three of the most populous 10 cities will be in India. What does that mean for a city like Mumbai, which is an unplanned city, bursting at its seams, and one of the highest populated cities in the world not only in terms of population but also population density? How will it impact the quality of life of its residents, especially women who comprise half the population, yet whose voices are missing in public discourse and policy-making?

The latest McKinsey & Company study states that advancing women’s equality can add $12 trillion to global growth. India could add $700 billion of additional GDP in 2025 if it improved women’s equality, increasing its annual GDP growth by 1.4 percentage points. But the report indicated that comprehensive change is needed before this can be achieved and it would require bridging both economic and social gender gaps.

Currently, the number of women in the urban labour force in India is dropping, although we have the highest number of women graduating from university ever. So in order to bring 68 million more women into the non-farm labour force over the next decade, India’s policymakers, business leaders, and social-sector leaders need to focus concerted action in several areas, including education, skilling, job creation, addressing gender-friendly policies, improving infrastructure and support systems, and most importantly, addressing deep-rooted attitudes and stereotypes about the role and status of women.

A major factor limiting women and girls from living a quality life and pursuing work outside the home is the pandemic of sexual violence in public spaces. Yet ironically, there is very little official data that can inform us of the nature and scope of the problem. There is definitely a correlation between the kind of sexual violence and the context in which it occurs. Given the Indian government’s Smart Cities programme, it is important to highlight how sexual violence and related gender issues must be considered during the urban planning processes. As is the norm, policy and decision-makers rarely consider the needs of women and girls nor listen to their voices.

They are never part of the team, never invited to the table for discussion, and rarely thought of when formulating policy. I’m trying to change this.

Analysing the data on the Safecity crowdmap, we realise that the space in which the violence takes place in or is likely to take place in has a definite impact on individuals and communities which may be psychological, social, and/or economic. In the case of incidents of sexual violence in public transport, an added consequence of restricted mobility arises for women. It impacts their independence, economic aspirations, educational opportunities, and transit patterns and restricts their ability to fully enjoy and benefit from public spaces. Such incidents also shape the ability and desire of women to use public transport further in their lives.

In my personal experience, I was groped on a train in Mumbai when I was 13 years old. This incident made me fear travelling by trains and being in crowded spaces. I did everything to avoid them in Mumbai whilst anywhere else, it didn’t really bother me. Luckily I was privileged enough to take a car to work and didn’t mind being stuck in traffic for hours as an alternative to the train.

Speaking to many other women who have experienced sexual violence in public spaces, I have found that many women change the way they dress, make their physical selves smaller, try to become inconspicuous, and lose self-esteem. After giving an interview to a journalist in Argentina, she recounted her own story of being stalked on the way to the local library as a teenager, resulting in her giving up access to the space and thereby reading, which is what she loved.

Losing access to public spaces as a result of sexual violence is definitely a developmental challenge as it restricts civic rights and opportunities to achieve one’s potential.

So can better urban planning make a difference to the lives of women and girls? We understand that various steps have to be taken to make our communities safer for women, from cultural reform and behavioural change to better policing and responsive governance. But re-imagining cities from a woman (non-male)’s perspective can lead to transformative change. A city designed to make women, children, vulnerable communities, or the elderly safe is a great city for all.

We undertook a study along with The Urban Vision to audit some of the recurring places that showed up as hotspots on our crowd map. These were a mix of places at or around railway stations, street markets, overhead bridges, and business districts. We spoke to people and asked them their views on perceptions of safety as well as if they had experienced any kind of harassment in a public space. Once we collected this data, the team of urban designers looked at the physical space to see if improvements could be suggested to alleviate the risk perception of safety. Some of the areas we looked at were:

There are some spaces that are extremely crowded during the day, whilst later in the evening and night they are deserted, making it vulnerable to crime. One such place is the business district of the Bandra Kurla Complex in Mumbai, for example. There is absolutely no one around post 7 PM and it is hard to find transportation. Another is the abandoned and derelict mill land in Lower Parel which is a congested business district. The mill spaces are overgrown with wild shrubbery and are a great hangout for drug addicts and rapists, as was seen in the Shakti Mills case a few years ago.

But if we had a mixed-use infrastructure – for example, adding restaurants and coffee shops in these isolated areas – we can increase pedestrian activity and reduce the feeling of isolation.

Eyes on the street

With the increased number of high-rise buildings and gated communities, the sense of being part of a community is slowly being eroded. Take the suburb of Bandra West, for example. We had small houses where people, men and women, would sit in their verandahs and chat with each other across the street. Children would be playing outside their houses on the streets. This gave a sense of security because there was always someone around. However, with real-estate prices skyrocketing through the roof, many of these houses have now given way to high-rise apartments where people rarely venture outdoors and don’t generally “hang around” chatting with their neighbours. We definitely need to figure out how to recreate this sense of community with more eyes on the street.

There are few community spaces in Mumbai – gymnasiums, gardens, playgrounds, etc. Even the “nana nani” parks (for senior citizens) are restricted by timings and they do not encourage young children to play there. We do not have enough space to socialise without having to go to a coffee shop or barista. Apart from that, our cities lack clean and safe public toilets, benches, sturdy footpaths, and other amenities that encourage people to come out of their homes and use public spaces.

Walkability of a city

If we want a sustainable planet, we must reduce our carbon emissions. A great way to do that is by encouraging walking and cycling. However, Mumbai has no cycle tracks nor footpaths. Therefore, it is hard for people – especially women, women with children, and senior citizens – to navigate a public space. One is constantly jostling with cars, animals, bikers, and hawkers for space. During peak traffic hours, it can actually be dangerous to walk on the streets.

In keeping with the points above, it is important to have great public transportation that is frequent, cheap, safe, clean, and provides for last-mile connectivity. Women, more than men, use public transport often and for multiple trips as they have a lower potential access to a car and multi-task. Whilst Mumbai has better public transport options than most cities in India, we still have to deal with the crowds. Once again, crowded spaces inside transport and at bus stops, auto stands, or rail stations are rife with perpetrators who wait for the opportunity to grab and grope you or masturbate in front of you. This can be extremely intimidating and restrict women’s mobility.

This is crucial especially if we expect women to take up all kinds of jobs at all hours of the day. Can they get home safely without fear? Is there enough lighting? Do they have options to choose from? In Mumbai, many railway stations have a shared auto system where three people are packed like sardines. If you are a woman, this can be another potential hotspot for you.

If our urban planners and government jointly take into account the needs of women in the planning process, design cities from a gender perspective, and create space to flourish, I do believe it is possible to achieve not only the GDP growth forecasted by McKinsey, but also have happier, healthier, and safe citizens.

ElsaMarie D’Silva is the Founder and CEO of Safecity that crowdmaps sexual harassment in public spaces, and is a 2015 Aspen New Voices Fellow.