This man from Mysuru collects surplus food, helps poor get their next meal 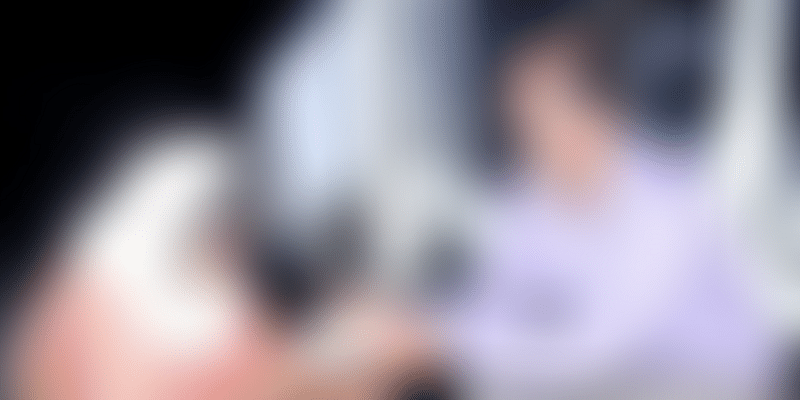 Mahatma Gandhi once said, "A hungry person understands no other language other than food”. Following his principles, Mysuru-based HR Rajendra took upon the onus of collecting the leftover food from restaurants, marriage and party halls, and distributed it among the poor and the hungry.

A native of Tumakuru district in Karnataka, he has been trying to bridge the gap between 'waste and want' for the past six years. His personal commitment to follow his passion of “not wasting surplus prepared food” is so intense that he dropped the idea of constructing a house, and instead used these funds to recruit volunteers, drivers, and vehicles to collect the surplus food and distribute the same. Within a few months, he launched the Akshaya Aahara Foundation (AAF).

A Central Government employee, Rajendra works five days a week. Yet, he makes time for his project and attends calls from morning till late at night, since the caterers call only after the snack/lunch/dinner time is over.

As soon as the people in the slum areas see the NGO vehicle entering their locality, they rush towards it to collect food. This is a common sight in several slums in the city, he says. His motivation for the cause was one such situation, when he saw surplus food getting wasted at a certain gathering six years ago. He decided to address the issue.

Rajendra started visiting and identifying slums, government-run hospitals, and the areas where the poor live, and made a list. He visited marriage and function halls, big restaurants, hotels, and shared his contact number with them. He requested them to hand over the surplus food in their kitchens. He says,

Surplus food received by us is free. Our hearty thanks to all the donors of surplus food. But the cost of collecting the food and transporting it in our mini food vans to places like government hospitals, slums, poor colonies, etc., is quite high. We want like-minded people to donate for this worthy cause.

Rajendra visits schools and colleges to create awareness regarding preventing wastage of food, and motivates students to work as volunteers for the foundation at their convenience.

“ I have spent my savings for the foundation. To take it further, I am planning to raise funds. Some people are contributing towards the cost of the fuel for the two vehicles we have, while some donate money. An average of Rs 60,000 is needed every month towards food collection and distribution costs,” adds Rajendra.

On an average, his team gets 50-60 orders every day, and they increase exponentially during the marriage season. There have been occasions when he has distributed 8,000-10,000 meals. He says:

"A smile on the face of hungry children in the slums, and on the faces of patients’ caretakers at the govt hospitals nullifies all the pains I have taken during the day to collect and distribute the surplus food."