How India is shaping the global mobile handset market 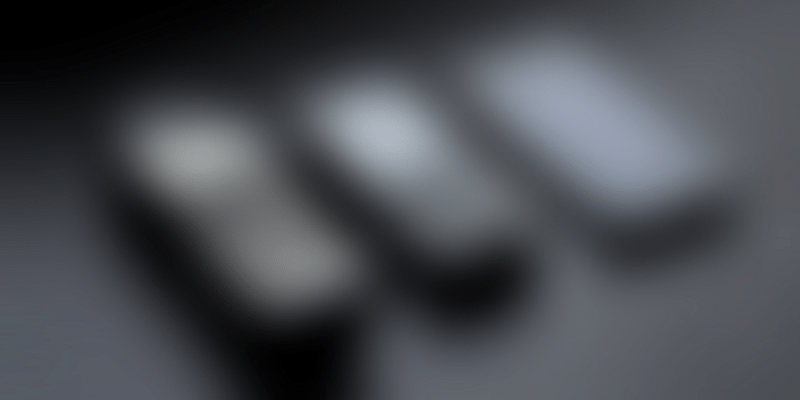 It was once again a glorious moment for India when it successfully deployed ‘Mangalyaan’ in the orbit of Mars on the 24th of September, 2014, which was launched by ISRO late in 2013. The noteworthy mission merely cost India $74 million (with an economy of Rs 6.76 for every kilometre travelled), translating into about a tenth of NASA’s budget for its Mars exploration programme ‘MAVEN’, and even less than the budget of Hollywood sci-fi thriller Gravity. But this hardly conveys anything about India’s phenomenal feat. India joined the league of Martian explorers with the US, the European Space Agency, and Russia, none of whom had been able to deploy their crafts in a single attempt. Technologically and financially more abled nations such as China and Japan had earlier tried but failed.

The technological capabilities and innovative flair of India were already well-known across the world with Indian-origin professionals comprising one of the largest chunks of the global IT workforce, including taking up CXO-level positions at various tech-giants including Microsoft, Google, Adobe, and Bose Corporation. India had even developed its own nuclear capabilities despite a stringent watch on its nuclear programme and a technological embargo. All of this points towards one direction. India is capable of managing any technological accomplishment while competing with global counterparts and under unsympathetic hardships, whether it is financial constraints, unavailability of resources and infrastructure, or any other major challenge.

If you look at it that way, perhaps, it is precisely what the nation has been doing in the global handset industry as well.

Competing against the behemoths: India’s rise as a global handset player

With the stroke of the new millennium, India had already begun its journey towards an intensely connected and ultramodern future. The cellular subscriptions by then were about 3.58 million, a figure that was soon going to grow 200-fold to reach 752.19 million by the end of the decade, and further to about 1.127 billion over the next six years, i.e., 2016. But this trend was largely driven by feature phones. However, another drive led by smartphones was yet to surface in the Indian handset market.

As a positive change towards a more evolved landscape, the upcoming advent of smartphones would redefine how everything would be done at the very fundamental level in India. Indian smartphone penetration soon picked up and had already reached 21.2 percent of its 1.266-billion-strong population by 2014. The ongoing digitization and the Digital India initiative further built up the desired ground for the digital evolution of the country. This was a time when an array of India-based mobile phone players had already displayed their prowess in meeting the burgeoning national demand.

However, they had to largely source technology as well as manufactured units from China and then assemble them locally. This was because global digital transformation had already begun and become a force to reckon with much before India had started following the cue.

Given that the indigenous players neither had the needed manufacturing infrastructure nor had they developed their own technological capabilities, they were left at an uneven playing field with globally established industry players. But India, and Indians in general, are largely habituated to such hardships. Their relentless drive pushed them forward to build a more cost-effective alternative to popular cellular devices. They started working on indigenous solutions to meet this overarching objective. With a push from Made in India, this goal became relatively easier.

Innovation: how Indian mobile handset players are on the verge of bringing global transformations?

International players started catering to the Indian mobile phone market with their products, but reaching a point of stagnation was inevitable. This was because the primary driver of adoption was urban regions, where everything from economic standards to literacy rates wasn’t a roadblock. However, considering a comprehensive advancement of society, these regions barely comprised one-third of the Indian population, while rural geographies were housing the other two-thirds. Equipping everyone with a mobile phone was a challenge that is significant not merely for the industry, but also in achieving the vision of a truly digital India. But a solution cannot be developed while being oblivious of the ground realities.

Rural geographies today are largely dependent on feature phones. This is due to the prevalent economic and educational disparity that these regions are subject to, as feature phones are low-investment as well as easy-to-use products and can be easily handled by a user for basic communication needs. The incompetence of Indian mobile phone players further created fault lines that are holding rural users back when digital transformation has been ubiquitously sweeping the country. However, this also opened an avenue for India-based mobile phone players to safely innovate without experiencing resistance.

Following a series of innovations in ICT (Information and Communications Technology), a few mobile handset players have developed unique offerings with an aim to push Indian rural geographies towards a digital trajectory. They have been able to emulate the success of Mangalyaan in their own field and have built a cost-effective and still technologically-evolved alternative to present-day feature phones. Some of these devices feature state-of-the-art ICT technologies such as 4G and have smartphone-like mobile applications. This is despite keeping their price tags well within the reach of the common man.

Localization has also become a critical ingredient of such mobile phones, with audio and visual support as well as the use of regional languages. A few innovation-driven players are, moreover, pledging to bring a complete reversal of the modern-day approach, and offer these cutting-edge technologies to rural audiences, then making them trickle down to urban geographies. But how does this bring globe transformation?

Right now, what these indigenous players are doing is upgrading their technological prowess and building the desired infrastructure to enhance the viability of their operations. They have already proven their concept to be feasible under these specific constraints, with these constraints also preventing more than 5 billion other people (largely in developing and underdeveloped nations) from smartphone adoption. With time, the economies of scale will make these offerings even more competitive, and R&D initiatives will further drive substantial innovations towards the smartphone market.

India, as an added advantage, also enjoys a favourable geographical location, which will make it easier for the nation to export these offerings to other developing, developed, and underdeveloped nations.

So, as India has already overtaken the US to become the second largest smartphone market, the transformation that India is going through and is about to bring globally, is still far from its true potential. When indigenous mobile phone players start targeting the global market and catalyze universal digitization, obviously after meeting the local demand, it is going to be yet another proof of our technological capabilities and innovative prowess – that too despite being on an uneven playing field, as it has always been.

Pradipto Ganguly is the Co-founder and CEO of Britzo, a pioneering communications brand and the latest entrant in the Indian mobile phone market.