Are Indian slums an economic asset hiding in plain sight? 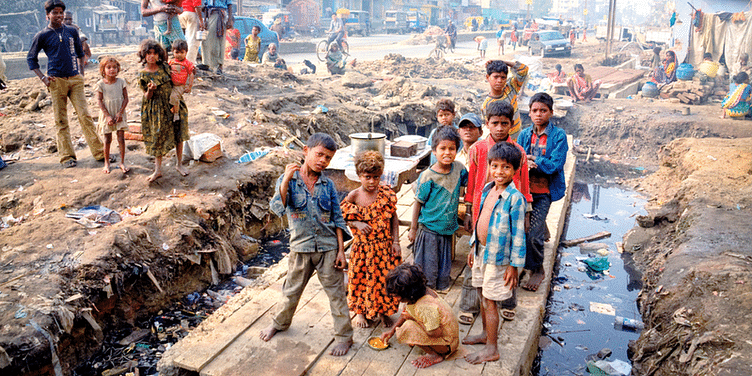 India is home to over 105 million slum dwellers, people who live in informal settlements, including those who do not have recognised rights to their land and property. The popular consensus and imagery that is consistent with slums is that of tightly-packed shanty dwellings, hungry and malnourished children, home to labourers from unorganised sector and poverty.

Breaking this stereotype, two reports released on July 23 state that slums are, in fact, a sizeable economic asset hiding in plain sight for many residents and government officials. Titled Studying the Real Slums of Bengaluru and Characterising Irregular Settlements Using Machine Learning and Satellite Imagery, the reports focus on Bengaluru, India’s fastest growing city in the last decade.

“What we found truly remarkable in the reports’ findings were the ingenuity and determination of slum dwellers in the face of these challenges,” Professor Anirudh Krishna from Duke University, who has led the research team since 2010, said.

“Bengaluru’s slum dwellers have learned to make do with a robust informal market with lawyers, brokers, and politicians, where there are at least 18 different documents circulating with varying levels of legitimacy and enforceability. These residents need and deserve a better system for securing their land and property rights, and this research is an important step in the right direction.”

Without formal documentation, slum properties are untapped ‘wealth’ for both residents and the government, as residents cannot easily leverage or sell their property and governments cannot collect taxes or effectively provide basic services such as clean water.

The reports reveal an average purchase price of Rs 15 lakh for slum households in Bengaluru. The implication is clear - slums are a sizeable economic asset hiding in plain sight. Formal recognition and documentation of slums could generate tremendous, unprecedented revenue for Indian cities, improving civic services and overall economic growth.

The study, which captured in-depth insights from more than 4,500 slum households over seven years, combined with the data on value of property transactions, clearly underscores the economic potential locked in the slums.

“Governments too are recognising this – in Odisha, we are working with the State government, using drones to map 250,000 slum households, enabling them to provide formal property titles to one million slum residents. Property titling for slum dwellers has a clear link to overall economic development,” Roopa Kudva, Partner and Managing Director of Omidyar Network in India, says.

The study points to the host of spin-off benefits to the urban society including improvement in the quality of life across the social spectrum, efficient delivery of amenities and a more equitable and inclusive India.

Findings from the report can inform a range of stakeholders in the region and beyond on the real needs of slum dwellers, and how technology can help develop effective solutions at scale.

Following are a few excerpts from the report:

[YS Learn] The three pillars of leadership, according to Brene Brown