For the people, by the people: Is community forest resource management the future of India’s forests? 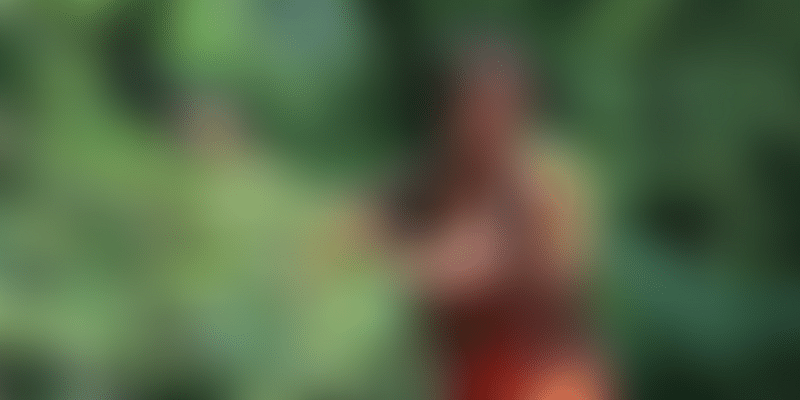 Twelve years after the Forest Rights Act was implemented, many forest-dependent communities are already deriving benefits in many states of India.

“First came the forest, followed by the people, and then the government. Does this chronology allow the newest entrant in the scheme to determine the relationship between the two older entities? In other words, does the new regime of community forest resource bequeath rights or is it merely a recognition of unalienable rights already vested in the communities living in forests?”

This is the central question in the People’s Forests Report published by the Centre for Science and Environment (CSE) recently.

The report investigates the implementation of the Forest Rights Act (FRA), its achievements and challenges through five case studies conducted across the states of Maharashtra, Gujarat, West Bengal, and Odisha. FRA allows forest-dwelling people to not only use and sell minor forest produce and make money, but also manage and protect their natural resources under the community forest rights (CFR).

After 12 years of implementation of the FRA, many forest-dependent communities are already deriving benefits in different pockets and several localised factors have in turn influenced the objectives of CFR.

In Amravati (Maharashtra), new economic opportunities were opened for the local people who depended relatively less on forests earlier. Gram sabhas in Amravati and Chandrapur have also started safeguarding their forests from all external factors to allow local biodiversity and wildlife to flourish. Restrictions have been imposed on grazing areas where plantations have been carried out or natural growth of indigenous species is happening. In Amravati, invasive species like Lantana camara have been removed to promote the growth of indigenous plants.

In Shoolpaneshwar Wildlife Sanctuary of Gujarat, the watershed approach played a key role in increasing production and preservation of locally important species.

The forest area of Kandhamal (Odisha) under CFR is almost entirely managed by tribal women and they view the rights as a means to a secured livelihood and food consumption. In North Bengal, traditional intercropping techniques are being used to raise plantations and also increase the biodiversity of the forests.

In the process of utilising forest resources for livelihood security, almost all communities in the studied areas are interested in short rotation and annual crops such as bamboo, amla, custard apples, mahua, tendu, siali (Bauhinia Vahlii) etc, which will provide assured returns year after year, instead of long rotation crops of timber species.

Bamboo alone fetches the gram sabhas huge economic returns with the annual turnover more than Rs 50 lakh for some of them. Employment opportunities have also increased manifold under FRA.

In Kandhamal, work has been promised under the rural job guarantee scheme (MGNREGA) for fire protection and regeneration of bamboo and broom grass to majority of the tribal population. Such a bottom-up approach for livelihood development is a very unique employment model, where gram sabhas decide the work to be undertaken in their CFR areas.

The New Delhi-based Institute of Economic Growth estimated that the all-India average value of non-timber forest produce (NTFP) stands at Rs 1,672 per hectare. This gives us the per hectare valuation in 2017 to be 2,859, assuming a conservative inflation rate of 5 per cent per annum. Thus there is enormous potential of NTFPs to transform the economy of forest-dwelling communities.

Gram sabhas have adopted conservation practices to manage forests, including protection from forest fires and protocols for sustainable harvest of minor forest produce. Patrolling of forests throughout the year, but most importantly during fire-prone season, and creating fire-lines are well established and well practised under the management plans in many gram sabhas.

Similarly, in Shoolpaneshwar, it has been mandated that only dead and dry bamboo can be collected. In Panchgaon, bamboo felling is practised rotationally so that at a time, eight culms of bamboo can be retained per clump.

Rules have been established to prevent the practice of setting fires in the forest to enhance tendu leaf production in Kandhamal, and also regarding the safe harvest of siali leaves without destroying the original climber plant. In North Bengal, villagers opposed timber coupe felling operations by the forest department because the people believe that such practices adversely affect local biodiversity and wildlife. The opposition has further caused friction between the people and the forest department officials.

Despite this, members of these gram sabhas have reported an improvement in the health and density of their forests as a result of their management practices.

There are fewer reported incidents of forest fires, and natural regeneration of local species is resulting in an increased abundance of all kinds of forest resources useful to communities for subsistence and livelihoods.

According to local communities, wildlife not seen in years has returned to these areas in Amravati.

How the governments look at this

State governments have played a facilitative role in supporting community management in a few cases. For instance, in 2016, Odisha issued guidelines laying down directions for gram sabha-based planning of convergence programmes for the development of areas allotted under individual and community forest rights. Similarly, the Maharashtra Tribal Development Department issued a resolution for implementation of conservation and management plans for CFR areas.

There are also a few isolated examples where the forest department has played a supportive role in management.

In the Amravati forest division of Maharashtra, the forest department has directed funds from MGNREGA and other schemes towards people-led forest management.

In Khammam district of Andhra Pradesh, the forest department supported the gram sabha of Srisanapaali to conduct a programme when 36 bidders arrived at the first bamboo auction called by the village in 2014.

Such community governance of forests will be successful only if people are able to derive benefits from managing their forest areas in a sustained and uninterrupted manner. In the existing scheme of things, India does not have the most enabling environment to support this empowering process.

The process has been led and supported by civil society groups and, in general, there has been little support from the government for the post-rights process in CFR areas. Forest departments have largely failed in their role as facilitators.

Coming back to the question we started with: is the new regime of community forest rights merely a recognition of unalienable rights already vested in the communities living in forests? The answer seems to be in the affirmative—and why should it not be? After all, “if a tree falls in the forest, the people living in the forest are the first to hear”.

Disclaimer: This article was first published in GOI Monitor. The views expressed by the author are his/her own and do not necessarily reflect that of YourStory's.