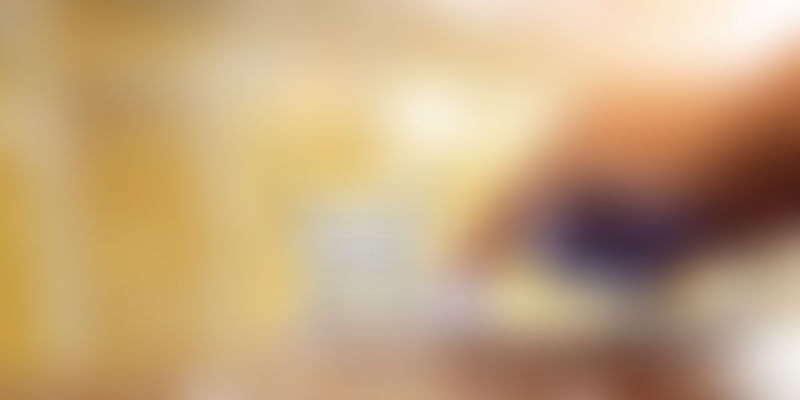 This year, retailers are set to win over their customers with technology. They want to combine the best of physical experiences with the digital world.

Stores, hotels and restaurants earlier used an order management system, but did not exactly understand what the customers wanted. This is where Phygital experiences come in. A customer can be offered a good WiFi connection so he can browse while his food is being prepared, or use the internet to compare product catalogues while in the store. Retailers are now realizing the power of content and engagement to be relevant in the digital age.

The size of the Indian retail industry, according to E&Y, is $650 billion, and only $70 billion is the organised pie. Nonetheless, $70 billion is a big pie and presents an opportunity to serve 100 million Indians. The following startups are making the best out of it.

i2e1: At retail stores, i2e1 sets up its network and the consumers are rationed bandwidth. It also connects CCTVs to the network, which will create heat maps in retail stores. Likewise, when you come to a restaurant, the i2e1 login pops up and you register with it. From then on, the customer can get personalised messages from the retailer in every location, in his native language. Users can also browse the internet for information. Founded by Satyam Damora in 2015, i2e1 has raised $3.5 million.

TorchFi: Imagine a world where the entire restaurant or store is run completely on WiFi. Founded by Anup Balagopal in 2016, Torchifi enables retailers and hoteliers to serve customers without additional waiters or store associates. The food can be ordered on an app within the hotel, and can be picked up at the restaurant. It makes hotels much more efficient by increasing focus on essentials such as kitchen and front office.

VRDevotee: Experience the blessings of the Gods from the confines of your home using a VR headset. Founded by Apul Nahata, John Kuruvilla and Ashwani Garg, VRDevotee has signed 150 temples and churches to be part of their platform where cameras capture live offerings, which then get converted to VR for the platform's users. This technology has captured the imagination of investors who have put in $500,000 to make the trio enhance the tech and sign in more temples.

SnapBizz: Founded by Prem Kumar, SnapBizz allows retailers to connect with bigger brands on a real time basis. Mom-and-pop retailers with televisions are connected to Snapbizz’s real time ad platform, where brands bid for space to communicate offers to the customers of the store. The combination of digital and physical lets retailers get more margins from these trade promotions and induce customers for additional purchases. Launched in 2013, it has raised $9 million so far from Blume Ventures, Konly Ventures, Taurus Value Creation, and Jungle Ventures.

Mobisy Technologies: There is no way a retailer or distributor can figure out what sells on a dynamic basis. There is always a time gap between sales persons of distributors collecting information from retailers, and then sending the stock to them. Founded by Lalit Bhise in 2007, Mobisy enables moving items from warehouse to store and helps brands work with distributors in stocking. It enables retailers to send direct messages in real time to distributors to send stock based on sales of the previous day or week.

Perpule: Are you fed up of lines at retail stores? Well, Bengaluru-based Perpule has solved with its self checkout app, which helps consumers scan bar codes and pay at the aisle itself and exit without the hassles of standing in line. Founded by Saketh B, Yogesh Ghaturleand Abhinav Pathak in 2016, this bootstrapped startup’s clients include SPAR, Aditya Birla Retail, Future Group and ShopperStop. Apart from taking a small percentage of the transactions as a fee, the company works on annual contracts to promote retailers' marketing collateral.

There are several more taking a bet on the Phygital in 2018, and hopefully these businesses are able to scale up by winning over the minds of customers with the speed of the digital world.