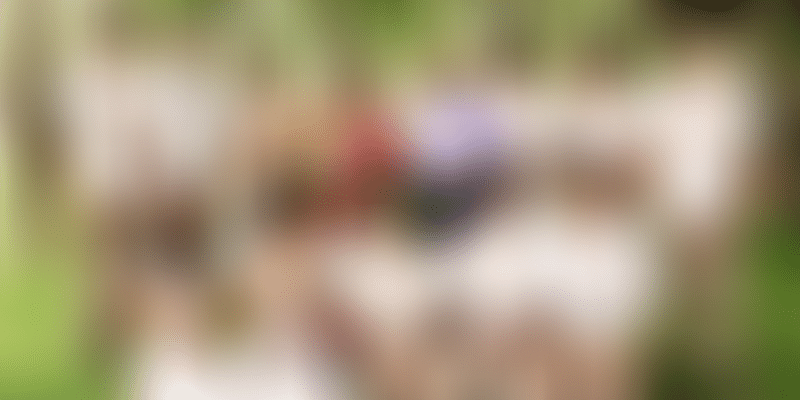 With this thought in mind, the Government of India recently organised Smart India Hackathon, the 36-hour largest global hackathon in the word, in Delhi. The annual event allows various departments of central and state governments to engage with over one lakh technical students from different universities across India, and participants are challenged to build digital solutions to improve efficiencies and plug revenue leakages.

Laying emphasis on innovation and the mantra of IPPP (Innovate, Patent, Produce and Prosper), the hackathon aimed at arriving at “out-of-the-box” ways to solve governance problems.

A few of the student projects included a special pen drive for ISRO to prevent data theft, an airport crowd management system for Air India, a platform for North-East artefacts, and a gaming solution for health benefits for Ministry of AYUSH. At least 27 projects are at various stages of implementation and adoption by the departments.

YourStory connected with three teams from Amrita Vishwa Vidyapeetham, Coimbatore, who won accolades and have devised apps and technology solutions in response to the challenges faced by several ministries. The teams were funded by the university, while their travel and accommodation costs were taken care of by the central government. We take a closer look at the solutions offered by these teams.

Security solution for the Ministry of Defence

Calling themselves ‘Cyber Sena’, the second year B Tech students devised a solution to enable easy transfer of data from one network to another through “white-listing” of pen drives. Their USP, the team explains, is that their device provides 100 percent security of the data it contains. The software is independent of the operating system it is running on, making it more compatible. The application can be used on the internet and intranet.

“Our solution was aimed at securing external USB devices and preventing unauthorised access to the data copied on them. It is independent of the operating system and equipped with the latest, highly secure encryption algorithms. In case of any tampering or damage to the device, a backup of the data remains in the local authorised systems for retrieval. In case the USB drive is accessed from any unauthorised system, its functionality ceases and the data is secured,” explains 17-year-old Shree Varshini G, a member of the team.

The team, comprising six cybersecurity and “ethical hacking” enthusiasts, was motivated to arrest the “catastrophic” threats imposed by malware transmitted through an external storage device. Their aim was to ensure there can be no such attacks while transferring files.

“Since all of us were living in hostels, our parents' only concern was to strike the right balance between academics and the time spent preparing for this hackathon. But our college supported us,” Shree Varshini recalls.

Knowledge centre for Ministry of AYUSH

Known as Team Exalt, six B Tech students won the special award in the Students' Innovation Category for developing an app for the Ministry of AYUSH to facilitate conversions of Ayurveda units.

The Android application, Exalt-AUS, allows conversion for different Ayurveda, Siddha and Unani units into their modern equivalents. “It also has a library resource system for different documents, images, video resources, and files regarding the above three sciences,” explains Eric Joseph, the team lead.

The idea was to create a simple user-interface platform for basic mathematic conversions and database-storage functionalities. The app was designed, coded, and executed on Android Studio. The team also used Web and chatbot platforms for the project to target more users.

Mentored by Dr Venkataraman D and Dr M Senthilkumar, the team aimed to facilitate storage and easy distribution of data on the ancient sciences for public use.

Export barometer for Ministry of Trade and Commerce

The team chose to work on a solution for the Ministry of Commerce and Trade who sought a way to capture the post-production costs of exports. Using Machine Learning (ML) and data analytics, the team hopes to help manufacturers and traders improve their businesses, and help increase the economic growth of India. It will also aid upcoming small-scale traders/manufacturers/exporters to establish their businesses.

The app helps calculate the correct post-production cost of any product being exported and suggests what the selling price should be for optimum profit. It has features such as a live in-built map to show optimum routes for the transport of goods to the nearest port and the latest currency exchange rates.

“The app provides various cost indicators and calculates the best-estimated export price of a product for optimum profit. Insights from the data generated by the app will allow the government to take better policy decisions. We intend to integrate data analytics into the app to provide a precise and reliable analysis of the world export market and offer a social platform for exporters to network with each other,” shares 18-years-old Sakthisree V.

The team hopes to distribute the app free for the first two years, after which they will implement ad-based services to support finances.