Starting up with just Rs 11 lakh, this entrepreneur has now built a Rs-1122-Cr company 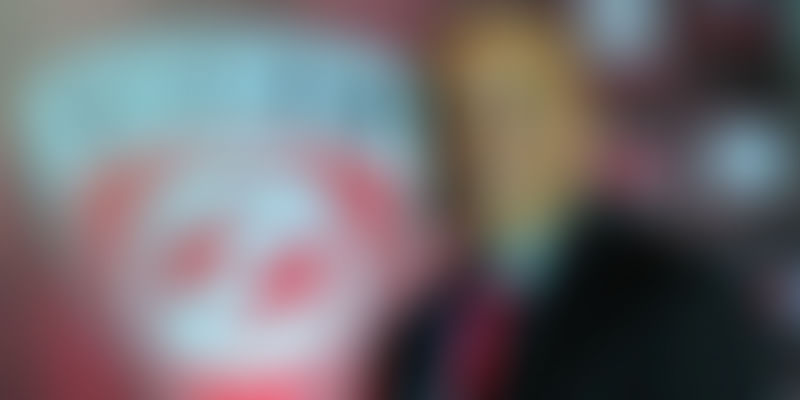 It was the 1980s and fax machines were changing the way business was done. Though the technology had been around for a long time, it became cheap during this period, and the technological advancement caught the business world by storm.

Intrigued by the idea, and looking at an opportunity in the market to sell fax machines, Pramoud Rao and his neighbour decided to set up their own venture. “We put together Rs 2500 each and started Jayanti Business Machines. While the company did well, the partnership soured and we parted ways in 1994. This fallout resulted in me having to leave the business with no share apart from my personal outstandings,” says Pramoud.

For Pramoud, starting up made sense as he had the entrepreneurial spirit. Academics wasn’t his strong suit. His mother worked for Bhabha Atomic Research Centre and his father worked at the Naval Dockyards. “I, on the other hand, had no idea what I wanted to do post graduation,” he says.

Working for a year as a medical representative at Reno Pharma in Mumbai, Pramoud soon moved to a packaging company Vijay Flexible.

He finally found his feet in entrepreneurship.

After Jayanti Business Machines, Pramoud decided to start afresh. He pooled in Rs 11 lakh from his personal savings and bought a 100 sq ft office space in Bandra, and started Zicom Electronic Security System. It started by selling pagers and modems, which was a rage at that time.

Today, the company has gone beyond modems and pagers, and is a Rs 1,122 crore enterprise with a strong focus on electronic security systems.

By the late 1990s, the pager business hit a roadblock as mobile phones started gaining traction. It was then Pramoud’s father, Mangalore Vinayak Rao, who was working on freight ships in a naval dockyard and had some knowledge of security surveillance cameras advised Pramoud to look at newer products. Zicom soon moved into security systems. His father also quit his job and joined Pramoud as technical director.

“When we began the journey, the Indian market was not very open to the idea or need for electronic security. It took us six months to sell our first security system,” says Pramoud.

He decided to head to the US and managed to secure deals with reputed companies that sold security systems.

“ANZ Grindlays Bank at D.N. Road in Mumbai was the first company to take us on board. Our quote was almost Rs 60 lakh lesser than the company they were considering. Yet they were unsure about giving us business. To check out our credentials and get a comfort letter from our collaborators, one of the bank staff actually visited the US to meet our collaborators,” says Pramoud.

The business began picking up in 2000 when Pramoud visited Singapore to meet with Motorola. At this meeting, Pramoud was introduced to the smart card technology, which he decided to bring back to India.

“Using this new technology as a part of the products plan for Zicom, we were successful in raising close to Rs 22 crore from the market,” says Pramoud. The need for electronic security systems increased after 9/11. Currently, security as a service business accounts for close to Rs 50 crore of Zicom’s revenue.

Today Zicom has two types of businesses - product and services under SaaS. The average margins for the product business are between 10 and 15 percent and SaaS varies from 40 to 60 percent, depending on customer needs and requirements.

Business at its core

Pramoud adds they moved from offering security as a service to the IoT space in 2013. The company launched ATM surveillance systems and an app called Ziman, that allows users to verify outsourced assistants like maids, drivers and security guards using Aadhaar, much like the MyGate app. Apart from this, it also works on handset-to-handset tracking facility, and other apps.

The team claims to monitor close to 7,000 bank ATMs, with security cameras that work with two-way communication technology and sensors that are monitored by security personnel.

The security as a service business is believed to account for Rs 50 crore of Zicom’s revenue. The team is looking to raise PE funds to expand its platform, and expects to grow the services business to Rs 200 crore in the next few years.

When the IIFL Group sought security services from Zicom Electronics, they wanted to move to a 24/7 digital security process. S Venu, Chief Administrative Office, IIFL Group says that with Zicom they are able to oversee, and monitor systems across any branch across the IIFL network.

According to news reports, the Indian electronic security systems growth has witnessed a 25 percent growth in the last five years and is believed to grow at 18 percent over the next five years. The reports peg the market to touch Rs 18,000 crore by 2020. In the security systems space, some of Zicom’s competitors include Neon Z India, Securens, Sygnovate and CP Plus.

The range of products at Zicom are priced between Rs 6500 and Rs 80,000. “Our annual turnover is at Rs 450 crore and we have a presence across three countries and 1,100 cities,” says Pramoud.

The team believes its services business will touch Rs 200 crore in the next few years. Pramoud says the IoT business in the security service space will be approximately $1 billion by 2022, and they aim to capture at least 20 percent market share.

“We are also looking at scaling up to Rs 800 crore to Rs 1000 crore in the overall Zicom Electronic Securities Systems business through expansion in the IoT space,” says Pramoud.

Zicom is also launching four platforms under a subsidiary aimed at offering a combination of security services through a mix of mobile apps, internet of things and connected machines.

“We recently launched our new product – Street Smart which is a Vehicle and Passenger Safety Solution. This is one of our first steps in venturing into the automobile segment. Over the next five years, with Street Smart we aim to capture 20 to 30 percent of the estimated market for vehicle and passenger safety/automobiles using the IoT platform,” says Pramoud.