Why Singapore-based Alluma is betting big on global crypto trade 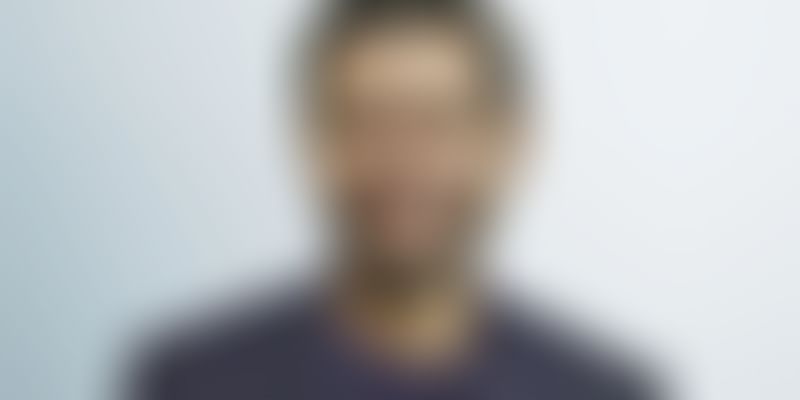 With cryptocurrency trade on the rise, Akash Agarwal’s Alluma works as a one-stop exchange that simplifies buying and selling of these assets across emerging markets in Asia.

Where it is located: Singapore

The problem they solve: An exchange for cryptocurrencies and Ethereum-based tokens

Thirty-five-year-old Akash Agarwal says crypto is the next big thing, and has held this belief for a while now. Earlier in Delhi, and then when he moved to Singapore, Akash has been trading and advocating crypto since 2009; he’s also been championing the cause of cryptocurrency in many Blockchain associations since then.

Last year, Akash realised that only advocating the currency was not enough; he needed to show people how crypto works. With that thought in mind, he decided to start up with his savings, and build a crypto exchange that could scale up.

“The inspiration behind establishing Alluma was introducing people in emerging Asian markets to the possibilities of Blockchain technology and cryptocurrencies,” he says.

And so, Alluma was set up in August 2017. His idea led to a couple of angel investors (undisclosed) putting in $1.25 million in the venture at an early stage. The 20-member team is building the exchange, and Alluma is expected to go live by October.

Alluma was incorporated in Singapore in June 2017 after identifying significant gaps in existing cryptocurrency platforms across India and Asian emerging markets.

The first task was incorporation, followed by identification and on-boarding of various individuals for key management positions. “This was probably the most important task of all, given that you need to recruit very high quality people, with the right experience, who also have the passion, drive, and robustness needed to help a startup succeed,” he says.

In the initial phases, Akash’s focus was three-fold. The first phase was product development, where they used Ethereum - which is an open-source distributed computing platform and operating system on which they built their Blockchain.

The second phase was to create partnerships with banks globally (the company does not reveal global partnerships). These partnerships were wide-ranging, across areas such as liquidity, security, compliance and know your customer (KYC) user identification. “Our platform has been built with a modular architecture, which allows us to ‘plug-in’ third parties as and when we need to,” he says.

In the third phase, despite the fact that the backend engine for the exchange was critical, Akash and his team put in a lot of effort into designing cutting-edge front-end user interfaces for the trading platform. This involved mapping the user functionality and user journeys, and creating a fresh, modern, and clean design for both desktop and mobile operating systems. “This was done after thorough research and analysis of other cryptocurrency trading platforms, from which we identified aspects of the UX that needed significant improvements,” he says.

Akash saw there was a lack of liquidity and competitive pricing when it came to virtual currencies on offer for trading. That’s why he created Alluma as an exchange platform that overcomes these existing limitations through robust compliance processes, an advanced yet easy-to-use platform and UI, and a robust security framework.

“We have been testing our match-making engine, designed our Anti-Money Laundering (AML) compliance framework, and developed security protocols for the business. These can track all individuals in the trading game,” he says.

As he worked on Alluma, Akash noticed the shortcomings in the business. Several exchanges had limited token offerings (where crypto players give away some value of the cryptos as tokens) and there was a persistent absence of fiat-crypto and crypto-to-crypto trading options on a single platform. Crypto exchanges did not have the support of banks, thanks to an RBI circular advising banks against maintaining accounts of these crypto companies. The founder also observed the lack of liquidity and competitive pricing for people trading in cryptocurrencies on these platforms.

What could he do in this scenario? He decided to shift base to Singapore so he could focus on a global market.

Like other crypto startups in India, Alluma is not bogged down by regulations. The startup still does peer-to-peer transfers of cryptocurrency and maintains accounts with banks globally as it is registered in Singapore.

Alluma’s business model is quite simple. The primary source of revenue for the company is a small fee that it charges users - a percentage of the sum transacted on the platform. The company does not have any other revenue streams at the moment besides this.

“Our key strategy is to scale up across India and other emerging markets in South East Asia over multiple phases,” Akash says. For this, they plan to set up local offices with local teams in each market where they plan to operate. In addition, they will “develop central and region-centric marketing strategies to promote the platform in various geographies and countries”.

“Our focus when scaling up will be on providing efficient and seamless customer support to traders in local languages of each specific geography through the platform’s UI,” he says.

Alluma’s target markets include India and emerging financial markets in Asia. Bitcoin trading volumes for both South Asian and South East Asian markets are reason enough for the company to be highly optimistic about its growth prospects.

According to Coin Market Cap, the research firm that tracks cryptocurrency, the market cap for Bitcoin touched $683 billion this year, an all-time high.

The Bitcoin trading volume in India grew from about $4.4 million in 2015 to a whopping $18.28 billion in 2017, establishing it as one of the fastest growing markets for crypto trading in Asia. Following closely are countries like Indonesia and Philippines, which breached the billion-dollar mark for Bitcoin trading volumes at over $2.29 billion and $2.51 billion by the end of 2017, respectively.

Their main competitors in the Indian market include Zebpay, Koinex, Unocoin, and Bitbns. These exchanges have the first-mover advantage and the benefit of large customer bases. However, what they lack is the liquidity partnerships (globally) that Alluma has, in addition to a bank-grade compliance framework, institutional-grade platform, and advanced trading tools.

One of the platform’s key differentiators is an electronic identity management system, which allows each user’s identity to be verified electronically through Alluma’s website or mobile application by allowing picture uploads of Aadhaar cards, PAN cards, etc, ensuring a seamless on-boarding process.

Alluma also offers trading options for fiat-to-crypto and crypto-to-crypto, connecting traders with a global order book to buy and sell multiple currencies quickly and competitively. Traders can buy, sell and trade 40-plus of the world’s top cryptocurrencies on one single platform. The exchange has the highest number of leading token projects such as Bitcoin, Ethereum, Ripple, among others, paired with national fiat currencies of India and that of other South East Asian countries.

“Everyone is awaiting government regulations on crypto; this is what keeps Indian investors out,” says Shashank Udupa, Founder of Enkidu, a Blockchain-based smart contracts company.

Cryptocurrency exchanges are largely functioning as they did earlier since no government or regulatory body has restricted them from operating in the country. “The government and the RBI’s main concerns are related to money laundering and financing of criminal activities through cryptocurrencies, which is completely understandable,” Akash says. Earlier, authorities in countries such as South Korea and Japan also attempted to introduce bans on cryptocurrency related businesses, but later softened their stance, choosing to regulate, instead of simply banning them outright.

Nelson Vasanth, Founder of Startup Mechanics, says: “Blockchain technology has the ability to not only address and solve several key problems faced by the Indian banking and financial system, but can also help build an economy that is connected to a global financial, technological, and trade ecosystem.”

Virtual currencies like Ripple and Stellar are trying to solve the problem of slow and expensive cross-border remittances around the world. Ethereum, another Blockchain-powered virtual currency, has been integral to the development of smart contracts, a set of computer protocols or algorithms that can verify the negotiation process or performance of contracts. Smart contracts can reduce legal procedures into neatly-stacked coded instructions, which execute relevant clauses in a simple contract on the occurrence of a specific event.

With so much going for virtual currencies, Alluma believes it can make an impact as a new currency exchange. And Akash is keen to grow it into the top exchange for emerging markets.