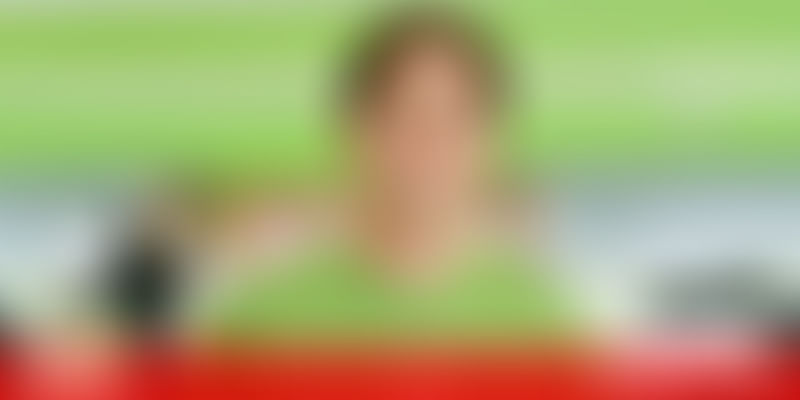 With around 4000 cars and 10,000 bicycles on PEDL, Greg Moran, the Co-founder and CEO of Zoomcar knows a thing or two about navigation. From leaving his Wall Street job as an Investment Banker to moving to Bengaluru in 2012, Greg has seen the highs and lows of entrepreneurship. Greg Moran, Co-founder and CEO of Zoomcar talks about his love for Crossfit training and how it has helped him in his life and career.

You can’t define Naveen Tewari in a word or two. He dons multiple hats, and not many adjectives can do him justice. He is an IIT-ian, Harvard graduate, entrepreneur, angel investor, startup mentor, and cricket lover, and is best known as the Founder-CEO of India’s first startup unicorn, mobile advertising platform Inmobi. Now 40 and settled in Bengaluru, Naveen is an avid speaker not just on stage but in a casual chat too. He speaks about his heroes in real life, his most treasured possessions, his greatest achievements and much more.

Millennials are buying Alexa-enabled makaans so that they can order roti and kapda at their convenience. Smart ‘assistants’ like Alexa and Google Home don’t just play your music and tell you the weather anymore. They can turn on your coffee machine, get your induction cooktop going and activate your blender to whip up your favourite smoothie. Builders are ensuring that when tech-savvy buyers move into their new apartment, they would be welcomed by Alexa or Google Home.

Often, there forms a close bond between co-workers that goes beyond the ‘just-colleagues’ relationship to something deep, profound and lasting. Having friends at work gives you one thing to look forward to your job. And even if you are having a hellish time at work, having friends may smoothen out the difficulties to some extent. An arm extended or a shoulder to cry on... that’s what true friends can do for you! On Friendship Day, let's celebrate our friends who stand by us in this journey of life.

Creating time to unplug will boost productivity and creativity. When work is approached as short bursts of high-intensity instead of long, painful eight hours, it is easier to focus and concentrate. But if you find it difficult to stay attentive for 90 minutes, try a combination that works for you. Perhaps you could work for 75 minutes and spend 15 minutes unplugging. Downtime or unplugging from work is not time wasted. A growing body of evidence and testimonies is elbowing business owners to accept that time away from screens - time spent recharging through walks, naps, meditation, games, or ordinary mingling – boosts physical and mental health, creativity, and productivity.

Five Morsels of Love is a cookbook with a difference. The author, Archana Pidathala, who was recently featured in the New York Times, wrote it as a tribute to her grandmother with over 100 heritage recipes. It was a project that began in 2007 when Archana lost her grandmother, Nirmala Reddy, who was the author of the 1974 Telugu cookbook Vanita Vantakalu. Soon, Archana began writing a blog to share authentic Andhra recipes from her grandmother’s book. But it wasn’t long before she decided to produce a full-fledged Telugu cookbook - Five Morsels of Love.