From rock concerts to businesses, multi-devices to multi-networks, a startup or an enterprise, here’s how to manage IT needs minus the hassle 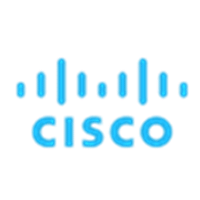 There’s nothing common between the three, except one key technology that is helping them manage their IT needs with ease – Cisco Meraki.

In Timberlake’s concert tour, Meraki was used to enable wireless connection between production equipment and devices, which eliminated the need for miles of cable being strewn all over the place.

Brewing beer involves a number of complex steps using machinery, and the Australian brewery leverages Cisco Meraki’s cloud-managed MR Access Points to ensure that their IT network is resilient, secure and strong. The Meraki dashboard further helps the team stick to the production schedules and deliver beer to distributors on time.

The New-York fitness company integrated Meraki Security Appliances in their workout studios and corporate offices to make rapid expansion a reality. Meraki‘s template configurations, which enable businesses to run on pre-configured networks and even facilitate customisations, meant that new site rollouts were exceptionally easy and fast for the fitness company’s IT team. This also meant they could grow aggressively by speeding up new deployments and also ensured that the lean IT team could now focus on more important tasks like maintenance of server infrastructure.

This applicability of Cisco Meraki, across multiple verticals from Education, Hospitality, Retail, Manufacturing to Government, is what makes Meraki Unique and one of the best tools for IT Managers. It is neither sector specific nor is it limited by the size of an organisation. In fact, Meraki is being used by organisations of all sizes across industries to effectively manage their IT networks spread over multiple locations.

Since it was acquired by Cisco 2012, and it has become one of their highest growing products ever since. Today, Cisco Meraki is the leader in cloud controlled WiFi, routing, and security. Its out-of-band cloud architecture creates secure, scalable and easy-to-deploy networks that can be managed by the businesses’ IT managers from anywhere – changing the way network management was thought of.

It is, in fact, counted among the easiest and most IT-friendly solutions for networking needs. The 2018 Gartner Magic Quadrant for Wired and Wireless LAN Access Infrastructure has once again included Cisco and its wired and wireless infrastructure solutions in the Leader’s quadrant.

The reason for this is simple – Meraki gives IT managers the power to keep the network running effectively, thereby saving the time spent in firefighting network downtimes.

Lokesh Bahety, Regional Account Manager, India & SAARC, Cisco Meraki, says, “For an IT admin, their own company’s employees are also their biggest customers. They are like a medic on standby, called out often during emergencies, with little time to respond. Like with any technical issue, diagnosis is often the biggest and most time-consuming problem. With Meraki’s deep visibility into the network and live remote tools, both diagnosis and course correction take significantly lesser time. Additionally, using system generated reports, admins can actually predict faults and failures even before they can be reported.”

How to keep IT management easy in multi-cloud environment

Today, the rise of the multi-cloud IT environment has exacerbated the traditional complexity of the WAN and magnified its challenges. Lokesh agrees, “Every application in the network today interfaces with multiple others, which often can lie on different networks. Often, the true extent of what is hosted where may not always be visible to the IT admin. So when a crisis occurs, diagnosis takes time. This is compounded when there are multiple vendor solutions, which makes reaching a resolution even more complex and time-consuming.”

It is here that a solution like Meraki becomes akin to an elixir. Lokesh says, “The fundamental belief at Meraki is ‘IT should be simple’ and everything that Meraki does is aimed at just that. Even in a multi-cloud IT environment, Meraki retains network simplicity yet keeps it powerful.”

Explaining how Meraki makes IT management really simple, Lokesh says, “Let’s take, for instance, Meraki’s newest product – Insight. This product helps to track the health of every SaaS (cloud facing) application in a network, and gives a score on multiple parameters – WAN, LAN and Application Server. As every application’s fall in performance can be due to a failure in either of these three facets, figuring out the right problem to fix becomes very important. Insight helps the IT users identify in real time the root cause of the problem, so that attention can be focused in the right place.”

Meraki comes with a number of enhanced automation and visibility features which reduce key IT management hassles associated with traditional networks.

For instance, its powerful zero touch deployment features allows IT admins to configure devices even before the devices physically reach them. After that it’s literally about just plugging in the wires to bring them to life.! Also, the network configuration is replicable, which means if you have opened an office in a new location, all you need to do is copy any of your current office configurations and apply it to the new site. In a couple of clicks, the configuration is ready. Businesses can also clone the device configuration to ensure consistency within the network.

In comparison, traditional network deployments can take anywhere from days to months depending on the number of sites, and product lines involved and the everyday management post deployment, needless to say can get challenging.

It is known that as IT networks grow bigger, manging them becomes more complex. The task becomes even more cumbersome when there are multiple portals to cater to different devices. Meraki’s single dashboard gives visibility into the network, the users, their devices and applications, and automatically builds a dynamic topology map of the networks, which makes outdated Visios passé.

Armed with rich analytics, IT admins can quickly create access control and application usage policies, optimising both the end-user experience and network security. Meraki also lets businesses control applications installed on the company desktops, phones and tablets as well as push configuration changes to them, push certificates and even wipe stolen devices. Additionally, Meraki’s Layer 7 visibility (application level) helps IT admins find intricate details about their overall network, devices, and even the clients, thus providing intelligent data at the fingertips.

The other reason why Meraki is an ideal choice for growing businesses is its licensing model. For every managed network device (think switch, access point, security appliance) you need a single Meraki Dashboard license to manage that device.

It’s comprehensive ‘out of the box’ feature set (all the features that the products provide) are based out of a single license only – which means there is no incremental purchase required to get access to enhanced functionality. Also, every new upgrade that is made is pushed directly out to existing customers instantly, without the need to update support contracts.

A recent example would be when Meraki recently released an updated feature to its Wireless portfolio called ‘Wireless Health’. The feature was extended to all existing Meraki Wireless users and when it was rolled out, it automatically became part of the users’ dashboards. Wireless Health is an intelligent report of the overall Wireless network that identifies which users or devices have connection issues and highlights the cause of those issues. It is akin to a snapshot of the network, to make sure that any potential network catastrophe can be nipped in the bud.

Built for the cloud ground up

All Meraki products – from its very first Access Point to all the products today including Insight, SD –WAN, Mobility Management, Security Cameras—have been built with management and cloud at the core.

Since it has been designed to pass on the advantages of cloud networking intuitively and not as an afterthought, Meraki is also an ideal choice for a business that is rapidly growing from 10 to 100 to 1000 users without having to spend on updating the equipment. Since cloud networking requires users to just have the access layer devices with them – just the Access Point for Wireless, or only the Camera for the overall Video solution, scaling becomes easier.

Cloud networking also provides the ability to remotely access the network, troubleshoot and make changes in real time, so management of the network is no longer restricted by geography – a great advantage for a business that works in small or big teams across multiple locations or has employees working remotely. This also translates into less investment in hiring IT personnel in every location that the business operates in. And the best bit is that the customers pay for exactly what they need and can ramp up as they grow.

In essence, Meraki is great for your business as it allows you to focus on customers and products and ideal for IT admins as it manages the network for them, simplifies day-to-day operations and puts intuitive yet powerful tools in the hands of network administrators. It’s time to simplify your IT, if you haven’t already. Try Meraki for free today.