Growth or processes – which should come first for startups? 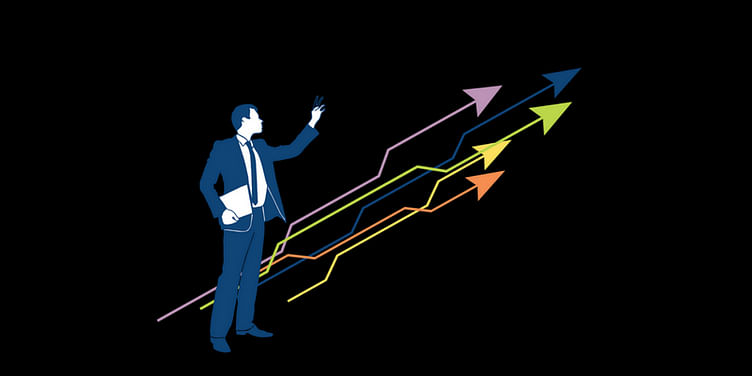 Whatever be the nature of your business, the fundamentals of growth remain the same. The more relevant question to ask therefore is not about processes and growth, but instead, “What processes in my early-stage company can help me grow faster?”

Growth or processes, what should come first? It’s akin to asking if a massive 150-storey skyscraper was built without any engineering or architectural drawings. While it may seem like an easy pick, this question of growth versus process does come up ever so often, especially when we speak with early-stage companies. We think this may be so as processes often get confused with bureaucracy.

Growth is great and is no doubt the final objective, but when it lacks structure, it becomes an epidemic with totally un-intended and often unfortunate consequences.

A process is described as a series of steps taken in order to achieve a particular end. It allows you to act faster without fear of failure as it does away with guesswork. “Bureaucracy”, on the other hand, is described as an excessively complicated administrative procedure. It slows down decision making because while it’s trying to help you find the best solution, its basis is a faulty design of decision making.

Processes are designed to move things faster. I build a product and put in into beta testing – that’s a process. I set up new manufacturing for a new range of products – that’s a process. Everything we do is a process, a set of rules that we repeat, intended to achieve an outcome.

In these disruptive times, speed is of the essence. Startup organisations, in particular, need to move things faster, without the risk that it will all come tumbling down unexpectedly. Often they are resource-crunched, and the few are stretched to their limits. When every moment is valuable, and the cost of failure is high, a set of rules that are designed to prevent failure become critical.

Here’s an illustration. Let’s say two individuals found a company. Every day they come to the same place and work in the same room. They maintain a high degree of communication between them. Between the two of them, they handle tech, engineering, product design, marketing, and HR. It seems to be going smoothly – decisions happen quickly –and there’s rapid growth being experienced.

Soon they add the next dozen. They’re still in the same room. But guess what? Some folks are now working on product, some others on tech, some on analytics and data, and some on marketing. The founders still set the agenda and objective, and the team starts to process that.

It’s still pretty much face-to-face, easy to speak with everyone. Decisions are still fast, but there are many of them. The founders need to be involved in each of them. So it’s maybe not as fast, but something they can live with.

This is also a process, but it’s not built on an optimised set of rules. So it could start to feel like bureaucracy setting in – even if it’s just 12 people, all in a room.

The founders still set the agenda and objective, and the team starts to process that. This still looks like the same process as before, only the team went from 12 to 50. Now let’s say the founders still want to meet all the 50 folks every day, and even as tasks are getting multiplied, want to be involved in every decision.

It’s still a small company technically, and everyone is still near each other. But something in the process needed to change which didn’t at the appropriate time, and now decision-making feels like bureaucracy. But what gets a bad rap is ‘processes’.

One of the ways to avoid the situation described is to measure ‘time to output’. Time to output is the time taken for an action to be taken. Take decision making for example. It’s very easy for anyone to express if decision making has slowed down. You leave a decision with the boss, but it takes much longer than before.

Another way is to check whether too many people are being involved in a decision. Here, the delay is that several layers of the hierarchy get involved for a decision that, in the past, took place among fewer people.

A third is to see if there is a ‘return to sender’ problem. Where a solution has been determined, instead of executing it, the entire cycle of decisions is repeated back from the first step. These are all examples of processes tending towards bureaucracy.

One way to expose the bureaucracy setting in is to work with a periodic, internal diagnostic. There is no substitute for objective, anonymous feedback reviewed at the highest levels.

Take benchmarking as another example. This is an often-used tool, where you could look at how companies in similar or different industries approach a problem and find better solutions.

There are ways to identify and cure the disease of bureaucracy. But at the core of these efforts is the need to reflect, be humble, and always be angry about bureaucracy – to never give in to the temptation of accepting bureaucracy as a necessary evil. It never is.

A process is simply rules (formal and informal) about how we do things – the good and the bad. These rules, when understood by everyone, allow us to be faster in our approach, and grow. If the process is faulty, there will be no growth – period.

So why don’t we reword the question to ask not whether a choice exists between growth and processes, but instead “What processes in my early-stage company can help me grow faster?”

Vani Gupta and Nitin Hiranandani are part of the Founding Team at Hypersonic Advisors.