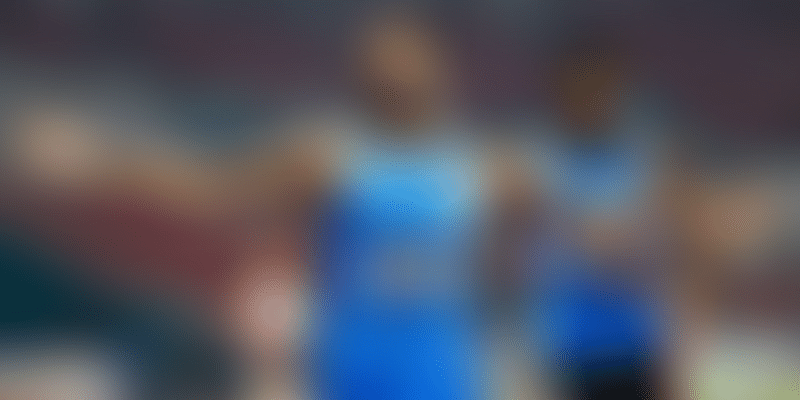 For the third time in the history of Asian Games, an Indian pair has won a gold and a silver in men’s 800m event. Manjit Singh and Jinson Jonson put the country on a global map again. The former claimed a gold clocking the race in just 1:46:15 minutes, while Jinson claimed silver as he finished the race within 1:46:35 minutes.

The run saw Qatar’s Abubaker Abdalla and Abraham Rotich taking the lead. Jinson, too, started strong, being one of the leading pack runners. The first lap ended within 60 seconds. Manjit was still not in the frame after the first lap. As the second lap started, Abubaker and Abdalla increased their pace to drift away from the rest of the runners. Manjit and Jinson, however, managed to maintain their pace as the leading duo.

About 100m away from the finish line, Manjit sprinted ahead, Financial Express reports. With this, Manjit clinched the gold, while Jinson and Abdalla settled for a silver and bronze.

With this win, Manjit and Jinson join the ranks of other Indian duos that clinched medals together: Ranjit Singh and Kulwant Singh, who won a gold and silver in 1951, and Daljit Singh and Amrit Pal, who won a bronze and silver. In a conversation with Mathrubhumi, he said,

I saw videos of my races at national and international competitions and analysed the mistakes. I was motivated to improve myself. I was very hopeful. I had prepared accordingly. I never thought of bettering the national mark. I just wanted to give my best. I don't have a job but my coach is from the Army. I had prepared well. I had strategised to follow runners initially and then push towards the last 100-150m. I did it and won gold for my country.

India now has 10 medals from its athletics event, with three golds and seven silvers says, The Hindu.