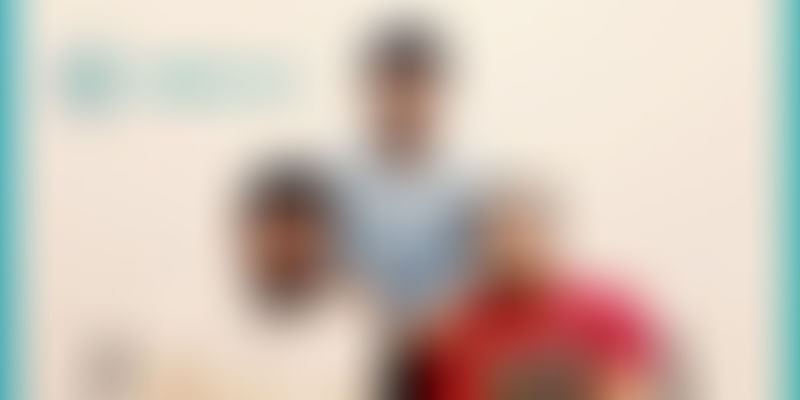 Where it is based: Kota, Rajasthan

The problem it solves: Securely stores medical records and provides easy access to them.

An entrepreneur always dreams big – aiming for the toughest challenge, and trying to solve the biggest problems; and while many think that is the way to disrupt their chosen space, oftentimes, it is the solution for the smallest of problems that becomes the game changer.

The same happened with Shreyans Mehta, Nikhil Baheti and Saida Dhanavath when they set out to disrupt the healthcare space in India.

“We wanted to build an entire ecosystem and use Artificial Intelligence (AI) and Big Data to solve the healthcare problems in our country. However, when we started our research, we realised there was no single place where all the historical health records of an individual were available,” says Shreyans.

They started MedCords as the first step in their entrepreneurial journey in the healthcare sector. The MedCords platform securely stores medical records and provides users easy access anytime and anywhere. Its current focus is on rural India.

Founders and the team

Shreyans and Nikhil are childhood friends who, owing to their own personal experiences with inefficient healthcare services, would extensively discuss their ideas to change things. Nikhil’s ex-colleague Saida felt the same, and the trio got together.

Headquartered in Kota, MedCords’ technology team works out of Pune. The team is 18-member strong at present.

In 2014, Shreyans’ father, a doctor, suffered a slipped disc that hampered his movement. Most of his patients were from rural areas, and it was difficult for him to travel for consultations.

He says, “At that time, we thought of making use of technology and we visited around 12 villages to help them with video consultation using Skype. We helped around 2,500 patients consult with my father in the first visit, and then 2,000 more came for a follow-up consultation, and they were very satisfied.”

This led the three to plan to scale up, and they got to work on a solution.

“The initial solution was very operational intensive, and we were not able to succeed and focused on making it more technology-enabled. We did more research, and after extensively traveling in rural areas, we were finally able to pin-point the major challenges, and started building MedCords.”

Research by the three founders showed that “More than 85 percent people in India do not have their medical records organised, and at one place. Also, about 80 percent people living in villages have to travel more than 60 km for a consultation,” says Shreyans.

“Since all of us saw the healthcare scenario closely, and after extensive research for three years across 800 villages of Rajasthan, MP, UP and Bihar where we visited various CHCs, PHCs, hospitals and interacted with thousands of people, and after two failed pilots, we identified major challenges with regard to healthcare, and began developing MedCords in late 2016. We went live in May 2017,” he adds.

Talking about the initial challenges, Shreyans explains, “The biggest challenges we faced initially was that there were no benchmarks to follow, and most of the people in rural areas either did not have smartphones or they had a very limited know-how of how to operate them, but they were in dire need of our solution.”

The learning was to build a solution that was simple, and aimed at empowering most of India’s population.

The cloud-based platform has been designed to cater to every citizen who has a phone connection. “People who do not have a smartphone can avail the services through local pharmacies who use the “MedCords for Pharmacy App,” where they get their health profile digitised and can also take consultations.”

The platform has a web application for doctors and hospitals, wherein they can instantly see one’s health records, and the patient does not need to carry older records or files. The doctor needs to be given access to the records from a patient’s phone.

As security and privacy of medical data is a key concern, the platform ensures that every access or sharing takes place with the consent of the patient.

“While we use the best encryption standards on our servers for records, we focus on providing very granular rights on patient data. And this entirely happens without our patients having to understand this,” says Shreyans.

They also have the MedCords Lite app, wherein patients can view records and tag doctors whom they want to share their records with. The app is less than 2 MB, and works in low network areas.

“We are also working on a full featured DIY app, which will be for users who can operate it easily. Our data science platform securely organises the medical data of every patient and streamlines medical information about the patient in order to help the doctor efficiently understand and reduce any misdiagnosis. This also reduces the burden of the patient to tell everything to the doctor. The entire technology is in-house,” says Shreyans.

Going forward, its revenue model will be a subscription fee for digital records and a facilitation fee for consultations.

The venture is supported by the Rajasthan Government’s iStart initiative.

“The government, under the leadership of Chief Minister Vasundhara Raje has been providing great support to startups. We got a lot of help from the Department of Information Technology and Communications. The work is happening very fast and the response time is very quick. The iStart programme is always there to support the startups. Through iNest, we are also getting access to co-working spaces in cities like Kota and Udaipur as well. We are also one of the beneficiaries of BhamaShah Technofund,” says Shreyans.

The startup has raised an undisclosed amount of funding from a clutch of angel investors and is now in discussions for its pre-Series A.

In future, MedCords is planning to expand across Rajasthan, and plans to have more than 1.5 million users on its platform by end of FY2019, and also make its data science platform robust to determine disease-symptom relationships, identification of health risk pattern in families. “We are also leveraging Machine Learning (ML) and Artificial Intelligence (AI) to make doctor's prescription writing experience simpler,” Shreyans says.

(This startup stood in third place at the Startup Fest Pitches held at Bikaner Digifest, where YourStory was part of the jury.)