Meet the people who built Flipkart (and no, we don't mean the Bansals) 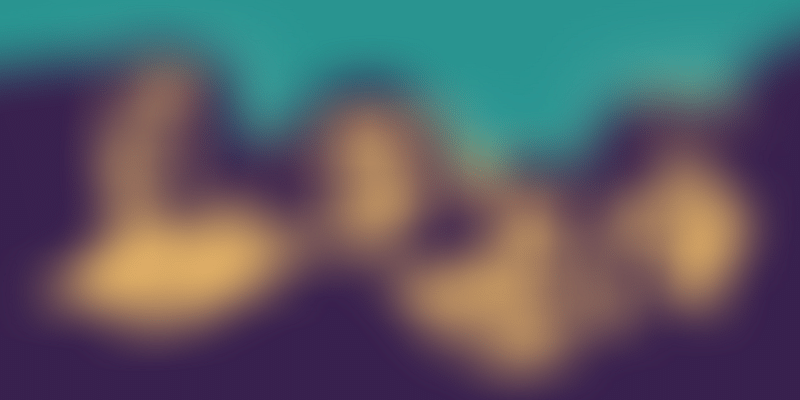 It wasn’t the investors who held the pen to write Flipkart’s success story. A team of people dedicated years to build a company that is now part of India’s enterprise history.

Rome wasn’t built in a day. And neither was India’s most famous startup, Flipkart. In fact, no startup success stories are ever written by a single individual. Every successful entrepreneur swears by his or her team working through the ups and downs together. The story holds true for Flipkart as well.

While Co-founders Sachin and Binny Bansal (not related) are praised for opening up ecommerce in India and inspiring a generation to start up, the Flipkart success story is one of team-work. A few people stand out with their innovative work during Flipkart’s early years; some of them are entrepreneurs now, the rest are building technology elsewhere. YourStory takes a walk down Flipkart’s memory lane, to see who built its milestones and how. The list looks at only 11 Flipkart stars who are not with the company anymore.

Anuj Chowdhary: This IIT-Delhi alumnus entered Flipkart in 2009 to develop business strategies for a company which was still in the nascent stage. He took a break for a few months, and returned to Flipkart as VP of logistics. Later, he took over operations. The best testimonial to Anuj’s work at Flipkart is Ekart – the logistics network, which was born in 2009, grew to cover thousands of pin codes across the country, and was strengthened to provide same-day delivery. Anuj left Flipkart in 2013 and is now an entrepreneur and angel investor.

Ankit Nagori joined a three-year-old Flipkart in 2010. Then 24, the IIT-Guwahati alumnus was entrusted with setting up the media (music, movies and DVDs) category. Soon, as VP, he launched electronics. In 2012, under Ankit’s guidance, Flipkart launched Fashion, a category that went on to establish its upper hand in ecommerce. By 2014, he had scaled Flipkart’s marketplace business and on-boarded 50,000 sellers on the platform. In 2015, he was made the Chief Business Officer for the commerce platform. Ankit left Flipkart in 2016 to start up in the fitness space.

Mekin Maheshwari: After years of working at Yahoo and Lulu, Mekin joined Flipkart in 2009 to head engineering. As is the case with most of the startups, there was no HR department in the early days at Flipkart. Mekin was made the Chief People Officer at Flipkart in 2014, and was influential in drafting best practices for recruitment, performance management, and compensation. Mekin left the company in early 2016, and now runs Udhyam Learning Foundation, a non-profit education venture. He is also an angel investor and mentor/advisor.

Yogi Kulkarni was the first architect hired at Flipkart in March 2011, the senior-most technical role in the company at the time. He formed the Flipkart backend with micro-services architecture (as opposed to Amazon’s service-oriented architecture), which fits independently deployable services. Before leaving the company in 2016, Yogi had built and grown Flipkart’s Cloud platform and invented the PaaS that enables Flipkart’s flagship sale, Big Billion Days, with various services. He worked at ThoughtWorks before Flipkart, and is currently CTO at IMAX Program.

Ashish Gupta: Another one of the IIT-Delhi alumni at Flipkart, this Stanford University graduate had more than 10 years’ work experience in India and the US when he joined Flipkart in 2012. He played a vital role in using machine learning and other advanced technology for specific needs like pricing, promotions, demand forecasting, performance marketing etc.

When he left the company in February 2017, he had left a legacy of solving the most important issues in ecommerce. Ashish is now VP of engineering at cloud data management company Rubrik.

Ravi Vora: An alumnus of BITS Pilani and IIM-B, Ravi is the man behind Flipkart’s famous marketing campaign – Flipkart Kids. The idea he conveyed was that ecommerce was so easy that even children could do it. The campaign launched in 2012 and continues to this day.

Having worked in Heinz and Unilever earlier, Ravi also led Flipkart in scaling digital channels. Ravi, who was marketing head of Flipkart from 2011, left in 2015 as CEO of Strategic Brands Group which focused on building brands through ecommerce at Flipkart. He is now with Amsterdam-based Catawiki.

Sameer Nigam and Rahul Chari were classmates at a computer engineering course at the University of Mumbai. Sameer came back to India with an MS in Computer Science from the University of Arizona and MBA from Wharton Business School. Rahul finished his master’s degree in computer science from Purdue University in the US, and gained work experience.

In 2009, in India, the duo founded Mime360, a platform to connect content owners with content publishers. It was acquired by Flipkart in 2011, and Sameer joined the ecommerce company as VP of Business Development in digital content. In less than two years, he moved to the position of head of online and mobile marketing, a position of utmost significance in any consumer internet business. He became senior vice president in 2014, but left the company the next year.

After the acquisition of Mime360, Rahul became VP, Engineering, at Flipkart, and stayed at the company till late 2015.

But the duo’s love story with Flipkart did not end there. They founded fintech startup PhonePe in December 2015. In less than six months, Flipkart acquired PhonePe.

An IIT-Kharagpur alumnus, Amod joined Flipkart as senior engineering manager in 2010 and became CTO in 2014. He was instrumental in building Flipkart’s machine learning, and shifting Flipkart’s data centres from the US to India in 2011. (Although Flipkart was a smaller organisation in 2010, the team knew they would end up among India's largest internet companies. It demanded them to have capabilities in-house, which is why the company decided to have/move all servers based out of India.) He left the company in 2015.

Sujeet Kumar, like Flipkart’s co-founders, is an alumnus of IIT-Delhi. From 2008 to 2012, he was President of Operations, after which he was in charge of Flipkart’s in-house vendor WS Retail. (As FDI rules restrict foreign-funded companies from direct retail online, Flipkart started WS Retail to function as its B2B arm. The co-founders owned it till 2012.) In 2015, Sujeet left the company, selling his entire stake. WS Retail continues to be the biggest revenue contributor for Flipkart.

Vaibhav Gupta, another IIT-Delhi alumnus, is an MBA holder from the University of Virginia. He joined Flipkart in 2011 as VP, Products, after working at McKinsey for three years. This was also the period when Flipkart rose to reach $12 billion dollar valuation. Vaibhav is credited with building Flipkart’s business, finance, and analytics, and left as Senior VP in 2015-16 fiscal, when he was reportedly earning Rs 8.6 crore in annual remuneration.